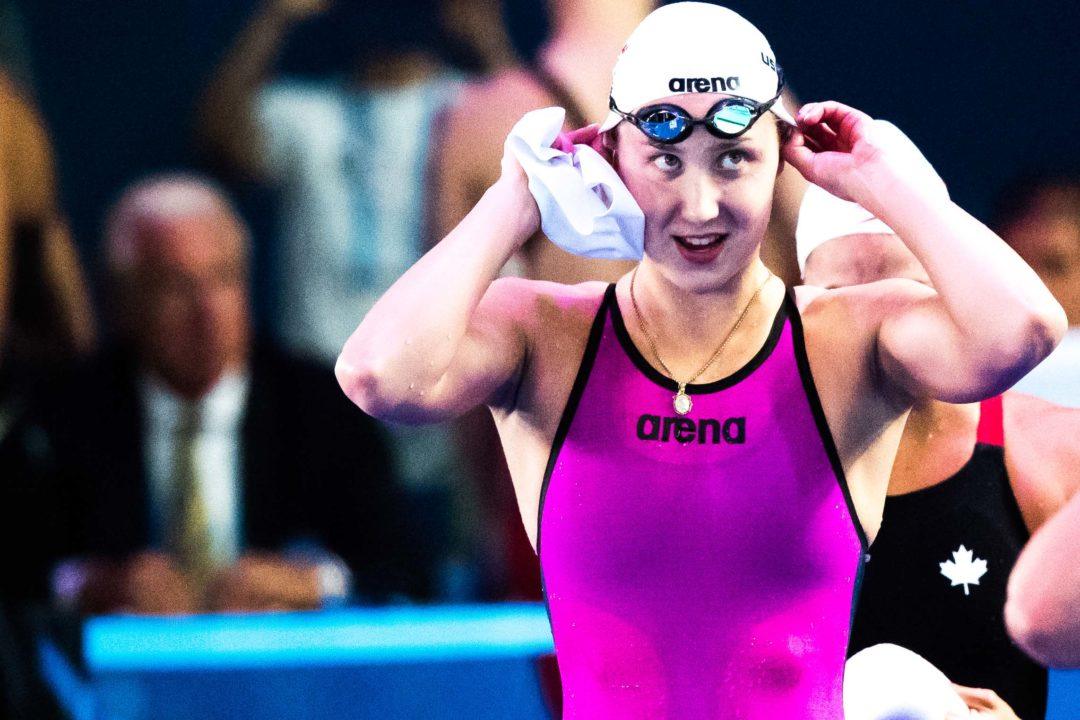 Daria Ustinova threw down a Worlds qualifying 2:02.25 in the women's 200 back in Kazan. Archive photo via Mike Lewis/Ola Vista Photography

Day 3 of the 2018 Russian Short Course Championships saw the first National Record of the competition fall, as Arina Surkova threw down a 25.60 in the women’s 50 fly semi-finals. That broke the previous record of 25.71, set by Daria Tsvetkova at the 2015 European SC Championships in Netanya. Defending National champ Rozaliya Nasretdinova qualified 2nd into the final in 25.89, and they’ll be looking to hit the Worlds qualifying time of 25.42 on Saturday.

Daria Ustinova and Anna Egorova were the only two swimmers to hit qualifying times for the Short Course World Championships in a final on day 3, with a total of five new names being added to the tentative roster for Hangzhou.

Egorova, who had already qualified for the team with her runner-up finish in the 200 free (for the relay), added an individual event to her schedule with a big win in the 800 free in a time of 8:13.96. That swim crushes her previous best of 8:19.66, gets under the qualifying time of 8:16.53, and also makes her the 4th fastest in the world for the season. She broke away from Anastasia Kirpichnikova (8:20.79) on the back half to win by close to seven seconds.

Kliment Kolesnikov continued his impressive run at the meet claiming a pair of #1 seeds for tomorrow’s finals. He first clocked 51.78 in the men’s 100 IM, leading Sergey Fesikov (51.94) and Andrey Zhilkin (51.95), giving the three of them the 4th, 5th and 6th fastest times in the world this year. All three were also under the Russian qualifying time of 52.10, which was also Kolesnikov’s best time prior to this swim.

The roster is tentative, with the swimmers competing at the Tokyo stop of the World Cup having their results count towards qualifying as well.