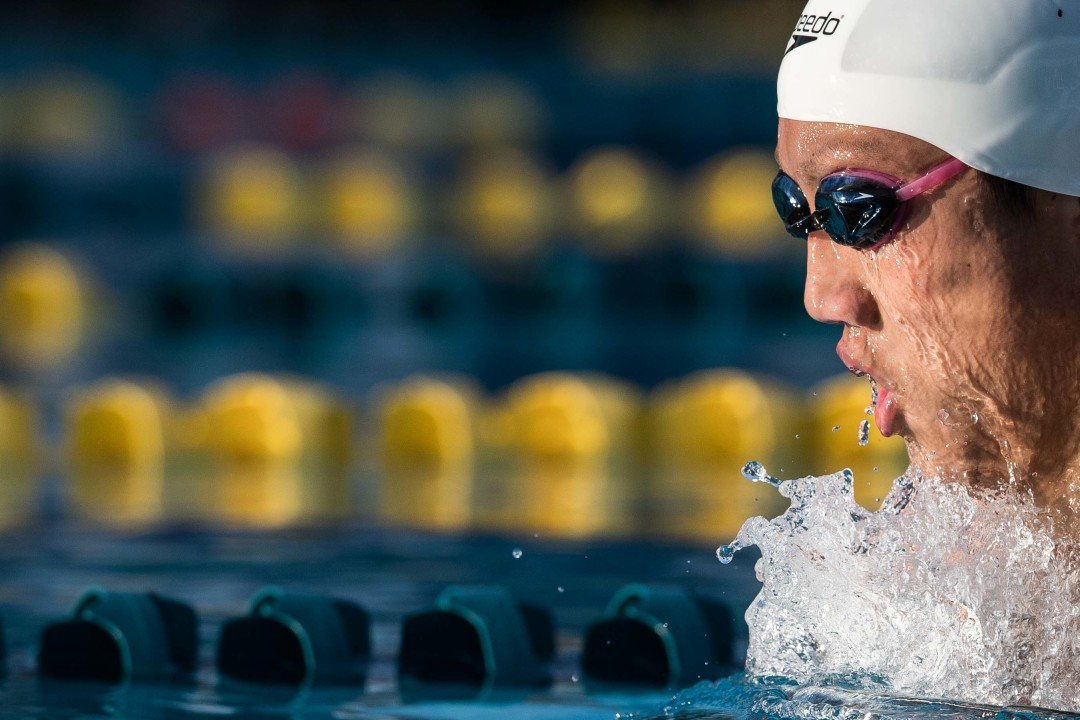 Though both teams are without some of their stars, as some swimmers were invited to compete in the USA vs. College Challenge this weekend, Pac-12 rivals Utah and Stanford went head-to-head on Friday. Missing in action for the Cardinal were Matt Anderson, Abrahm DeVine, Sam Perry, Grant Shoults, True Sweetser, Katie Drabot, Katie Ledecky, Janet Hu, Brooke Forde, and Ella Eastin. Utah was without Paul Ungur, Jack Burton, Austin Phillips, and Genny Robertson.

Stanford’s freshman had a strong debut on the women’s side, with 5 members of the freshman class securing individual wins. Lauren Pitzer picked up her first individual collegiate win in the 200 free, touching in 1:49.44 to finish 2.5 seconds ahead of the field. Teammate Hannah Kukurugya was similarly dominant in the 200 fly, putting up a 1:59.81 to blow away the field. Fellow freshman Lauren Green took 2nd in that race in 2:02.26, but picked up an individual win of her own in the 50 free (23.68).

Utah freshman Felix Chiun picked up an individual win for the Utes, tying with Stanford’s Cole Cogswell in the 100 free. Chiun had a slight lead going out, flipping in 22.16 to Cogswell’s 22.30 at the 50. Cogswell was able to make up that tenth on the back half as the each hit the wall in 46.15 for the win. Teammate Chris Taber was also an individual winner for Utah, running down Stanford freshman Brad Zdroik (1:50.89) on the final 50 to win it in 1:50.76.

Farnsworth swept the 1-meter and 3-meter events for her first collegiate victories. The San Clemente, Calif., product was four-tenths of a point better than Utah freshman Emma Ruchala on the 1-meter with a winning score of 268.88, and had a bigger cushion on the field on the higher board with a score of 305.40.

Five Stanford swimmers – Katie Drabot, Katie Ledecky, Janet Hu, Brooke Forde and Ella Eastin – will compete on Saturday (6 p.m.) and Sunday (11 a.m.) at the Pac-12 vs. USA Swimming College Challenge. Stanford’s Paul A. Violich Director of Women’s Swimming Greg Meehan is co-head coach for the Pac-12, and former Cardinal Lia Neal will be competing for the national team. The meet can be seen on Pac-12 Networks.

“Today was a good challenge for our guys,” said Goldman Family Director of Men’s Swimming Ted Knapp, now in his sixth season in charge of the program. “They performed very well under tough circumstances, traveling to 5,000 feet and racing in the same day. Special recognition goes to the four freshman who won events in their first competition.”

Stanford started the meet with a win in the 200-yard medley relay – Benjamin Ho, Andrew Liang, Cole Cogswell and debutant Brennan Pastorek (1:30.35) scored the first points of the meet.

On the diving side of the competition, Ted Miclau (382.57) won the 3-meter springboard, and Tarek Abdelghany (317.78) led the Cardinal on the 1-meter springboard with a second-place finish.

Stanford returns to the pool next weekend when it travels to compete in the Pacific Invitational in Stockton, California, followed by the Cardinal’s annual triple-distance meet against Cal in Berkeley, California, on Nov. 8.

Pac-12 Networks will provide live coverage of both days, starting at 6 p.m. PT on Saturday night. Sunday’s session will begin at 11 a.m., with both sessions slated for two hours.

SALT LAKE CITY – Utah swimming and diving won a total of six events today, but dropped a Pac-12 dual meet to Stanford this afternoon at the Ute Natatorium. The men’s team was defeated 141.5-95.5 and the women’s side fell 143-95.

“First of all, I have to say, it was thrilling to have such a tremendous energy in the building,” head coach Joe Dykstra stated. “We had hundreds of alumni back in town and they provided terrific support. I really want to thank all of our alumni and supporters for coming out, because this was one heck of an atmosphere for swimming.

We got our butts kicked a little bit, which is never fun and it’s something that I don’t like. We weren’t quite as sharp as we were last week. We started a new phase of training this week and it definitely looked like it. You could tell that there were a lot of tired swimmers, but the divers looked sharp. There was a good improvement so I’m really pleased with what was going on there, especially the win on the one meter.”

Nathan Makarewicz was able to improve on his performance from last week against Cal, by taking the 1-meter diving competition. Makarewicz topped the field with a final score of 318.38.

On the women’s side, a team consisting of Dorien Butter, Gillian St. John, Claire Jacksonand
Kenzie Ford was able to get a win in the 200 free relay with a final time of 1:34.85.

The Utes’ final win of the day came in the men’s 200 free relay. Rodolfo Moreira, Liam O’Haimhirgin, Chiun and Tommy Baker clocked in with a final time of 1:23.91.

The University of Utah swimming and diving team will be back in action next week, as they will travel south to take on Arizona State at 5 p.m. next Friday in Tempe. The Utes follow that up with a meet on Saturday against Arizona at 12 p.m. in Tuscon.

She might be injured. She was wearing a cast recently.