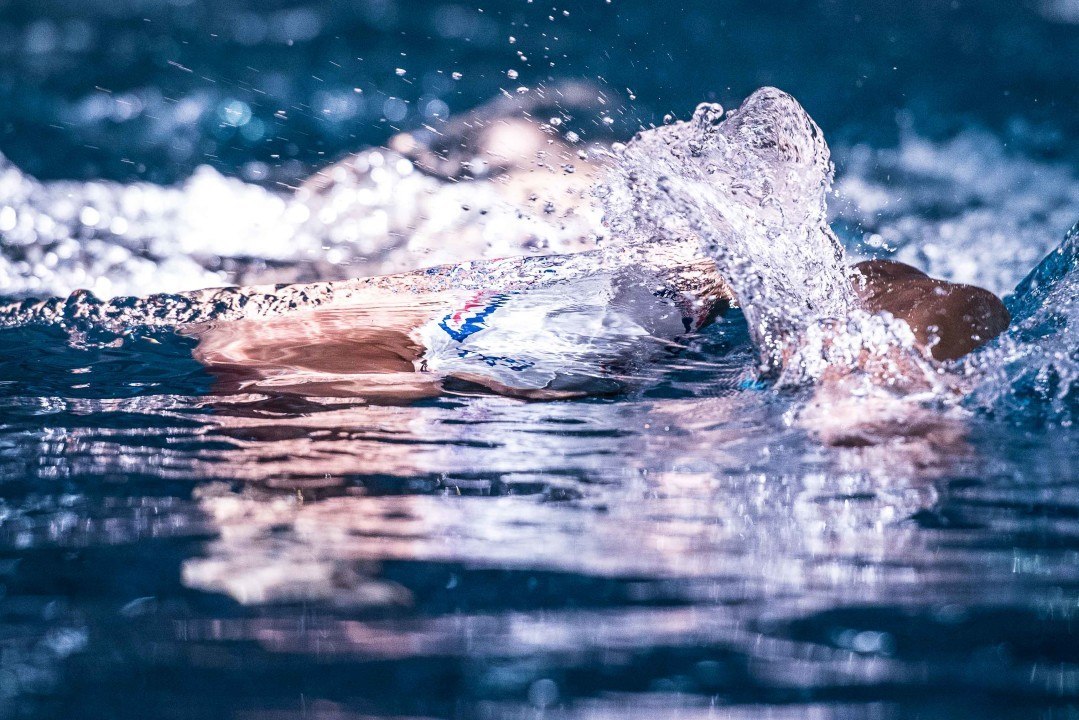 Despite not winning a single swimming event in the pool, the W.A Hough women managed to take home the NCHSAA 4A State title based on their depth and the strength of their divers. Stock photo via Mike Lewis/Ola Vista Photography

Despite not winning a single swimming event in the pool, the W.A Hough women managed to take home the NCHSAA 4A State title based on their depth and the strength of their divers.

Jenn Giacalone and Jocelyn Porter took first and second place finishes in the 1-meter diving event to push W.A Hough over the edge and into winning territory. The school also finished third in both the 200 medley and 200 freestyle relays. On the 400 freestyle relay they were third overall, exemplifying their depth once again.

The individual pool events were dominated by three swimmers. The first was Julia Poole of Middle Creek who went on to win two events at these championships. Poole was just off her own state record times in both the 200 IM and 100 breaststrokes despite taking decisive victories in both. Poole rocked  1:58.96 to come just 0.19 seconds short of her record in the 200 IM, int he 100 she was a 1:01.98 to come 0.20 seconds shy of her 1:01.78 record.

Grace Countie of Leesville managed to lower the state record in the 50 freestyle with a winning time of 22.60. Counte was the joint state record holder with Alyssa Marsh at 22.75, and now holds the mark individually. Countie also won the 100 freestyle in 49.98 to take home both sprint wins.

Julia Menkhaus was the other standout swimmer of the meet. Menkhaus managed to break her own 4A state record in the 100 fly with a time of 53.61. She was just shy of Alyssa Marsh’s state record of 53.23. Menkhaus also won the 100 backstroke in 53.74, missing the state record by just 0.20 seconds.

Just like on the women’s side, the winner of the 4A NCHSAA State Championships had no individual champions in any swimming events. South Mecklenburg managed to win on depth alone, winning relay titles in both the 200 free relay and 400 free relay. The two relay victories were their only event titles, but their results added up to give them a decisive win over W.A Hough, who won the 200 medley relay.

Both Zach Brown of Athens Drive and Jack Messenger came away with the most victories at the meet, recording two wins each. Brown was a 1:49.84 in the 200 IM to take the win prior to dropping a 48.78 in the 100 fly for another.

Messenger wasn’t the only one to take down a state record at the meet. Will Chan put up a 54.47 in the 100 breaststroke to better his own sate record of 55.14 by a large chunk.

Marlins of Raleigh cleaning up the NC high school scene!!