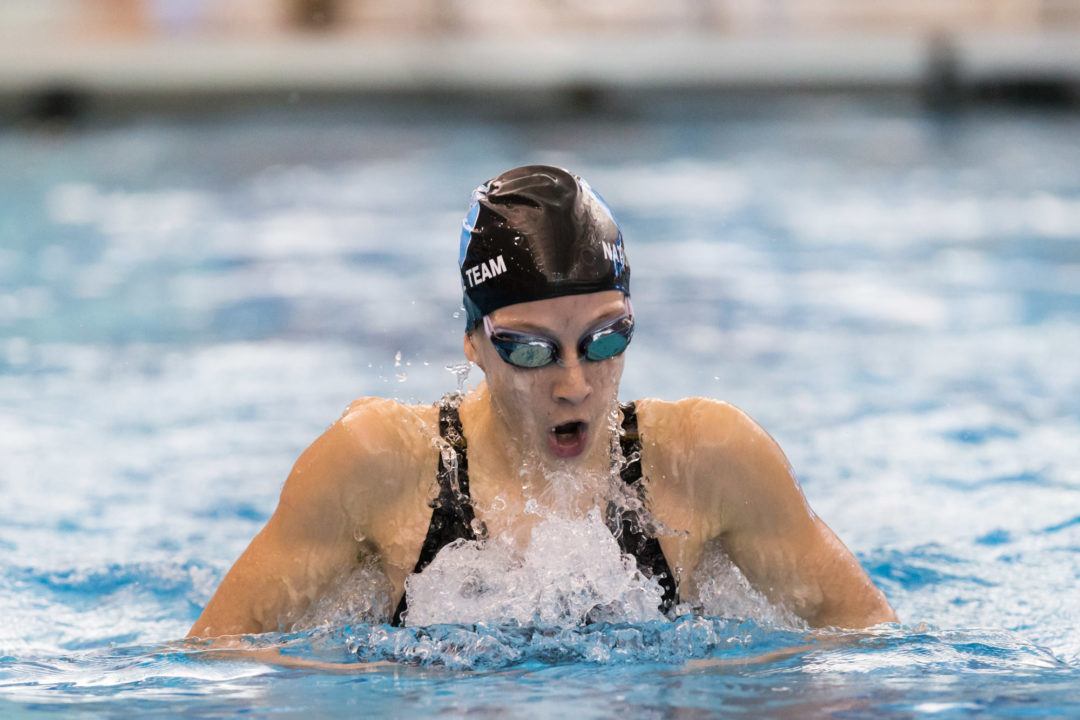 The psych sheets have been released for the 2017 Kentucky High School State Championships, which are set to kick-off on February 23rd at Ralph Wright Natatorium at the University of Louisville. Two squads from Louisville are looking to continue their respective men’s and women’s state title-winning streaks. St. Xavier has won the boys’ state championship an incredible 28 times in a row, with 52 state trophies overall, while Sacred Heart Academy has raced its way to 4 consecutive state titles for the girls.

But this year has the potential to see another team take either crown, with both Covington Catholic and Lexington Catholic looking primed to challenge on the men’s side. The Sacred Heart women will also see a strong charge from Northern Kentucky’s Notre Dame, a top 3 finisher the past 8 years.

In terms of individual swimmers on whom to keep an eye, University of Kentucky-bound Nick Smith leads the way for Covington Catholic with two top seeded times. Smith will try to improve upon his 200 IM 4th place finish and 100 freestyle 3rd place finish from last year by trying the 200 free and 500 free events on for size in 2017. He holds the only sub 1:41-second 200 freestyle seed time (1:38.59) and his 500 free entry mark of 4:27.99 gives him a very comfortable 8 second advantage headed into the meet.

Another ‘Nic’ will be on the point-scoring scene as well, as Christian Academy’s Nicolas Albiero looks to repeat as the boys’ 100 butterfly and 200 backstroke title winner. Last year the University of Louisville-bound athlete, who is son to the Cardinals’ Head Coach Arthur Albiero, crushed a 48.70 100 backstroke and 47.63 100 butterfly time to come within striking distance of Nate Dusing’s state records. He’ll look to leave his senior mark in the very pool in which he will be continuing his college swimming career.

USA National Junior Teamer Brooke Forde holds two top seeds for Sacred Heart, as the soon-to-be Stanford Cardinal leads the entry lists for both 200 and 500 freestyles. Forde is the defending state title winner and event record holder in the former event and holds the latter’s only sub-4:50 seed time of the field. Her Sacred Heart squad also holds the top mark in the women’s 200 medley relay, while entering the meet as the 2nd seed in the 200 freestyle and 400 freestyle relays.

One of the Notre Dame women’s squad’s most potent members is Sophie Skinner, the 100 freestyle state record holder who has demonstrated extreme versatility. She heads into the meet as the top seed in the 100 free event and sits less than a second behind Forde as the 2nd seed in the 200 freestyle. Both races will produce fast swims as every point counts in the team title hunt.

where is robert leasure? i thought all the big stars were going to be at this meet. canceling my flights.