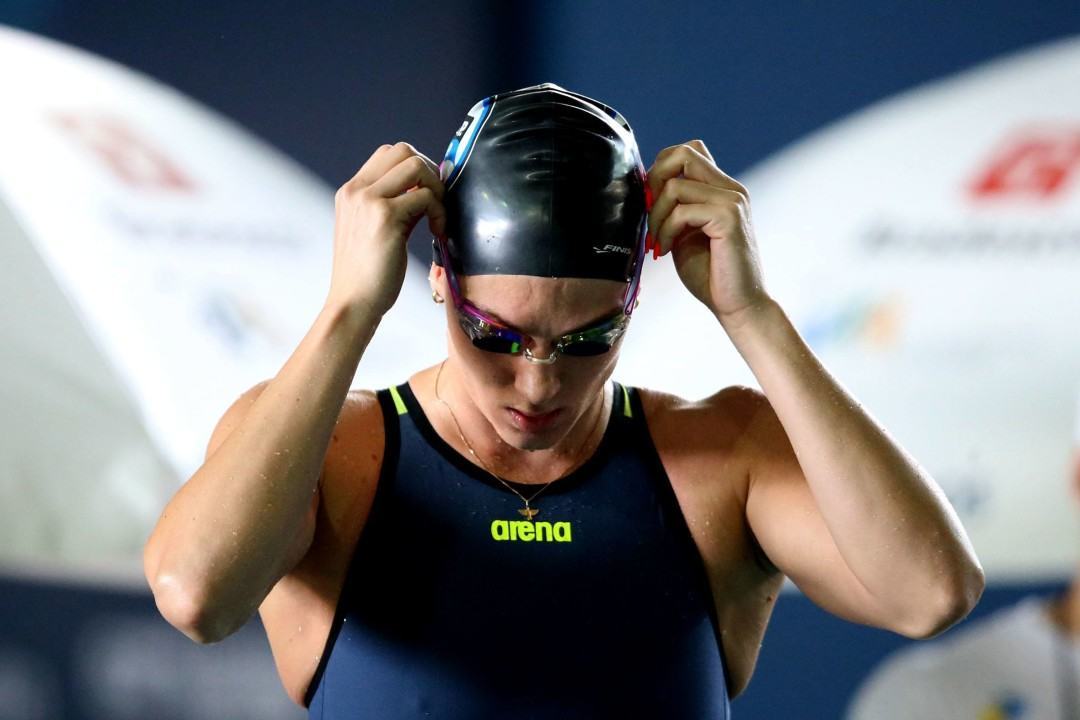 Manuella Lyrio's Brazilian and South American records in prelims of the 200 free this morning highlighted the day for the South American swimmers. Current photo via Satiro Sodre/SS Press

The highlight of the day for the South American swimmers came this morning, when the home field advantage propelled Brazil’s Manuella Lyrio to a new Brazilian and South American record in the 200 freestyle: 1:57.28.

Lyrio’s 14th-place prelims swim outdid the record set by her Brazilian teammate in the event, Larissa Oliveira, whose 2:00.76 this morning was well off her record 1:57.37 from the Maria Lenk Trophy.

Though Lyrio improved her standing tonight, tying with Missy Franklin for thirteenth, her swim was slightly slower: 1:57.43. It would have taken 1:56.6 to make the final.

Brazilians Leonardo de Deus (13th) and Kaio Marcio (14th), along with Colombian Jonathan Gomez Noreiga (15th) all took on the semifinals of the 200 fly tonight, each failing to advance.

Marcio had a particularly interesting run at his 200 fly in semifinal two, though he finished fourteenth overall. He finished eighth at the first wall with 25.93, a full half second behind Laszlo Cseh who split first. But then, in the second 50, he pulled out a 29.04, the fastest split in the field by a full quarter of a second. That incredibly strong second 50 pulled him forward to first with a 100 split of 54.97. But, it wasn’t a sustainable pace, and Marcio fell back to fifth at the third wall and seventh in his heat by the end (1:57.45).