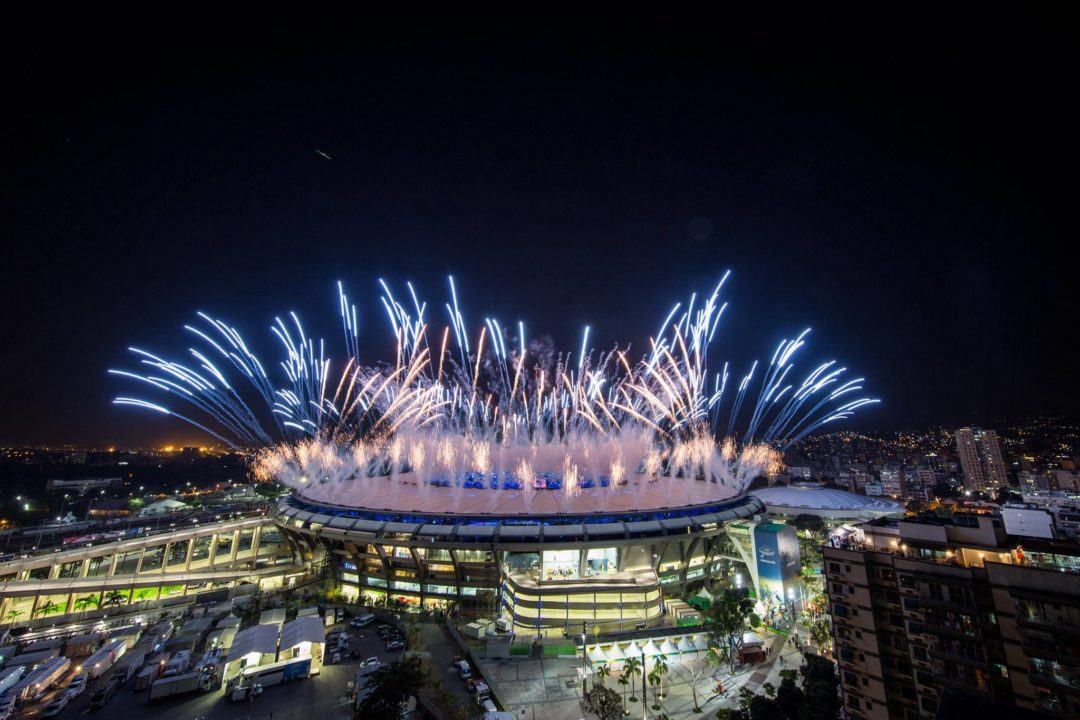 Brazil's Manuella Lyrio set a new South American record in the 200 free during the heats of the women's 200 free Monday morning. Current photo via (Courtesy of Rio 2016)

Brazil’s Manuella Lyrio set a new South American record in the women’s 200 free this morning during preliminaries of the 2016 Rio Olympic Games.

Swimming in the final heat of the event, Lyrio swam a 1:57.28, a time that ranked 14th for the morning and will secure her a spot in tonight’s semi-finals.

The continental record previously belonged to Lyrio’s teammate Larissa Oliveira, who swam a 1:57.37 a few months ago the 2016 Maria Lenk meet.  That meet served as a qualifying meet for Brazil’s Olympic team and a test event for the Olympic pool.

Lyrio’s seed time coming into today was a 1:58.03.  She actually swam this morning in the lane next to Oliveira, who swam in 2:00.76, over three seconds slower than her seed time.

Compared to Oliveira’s record swim, Lyrio pushed the front half more, splitting almost a second ahead of the old record at the 100m mark.

Both women swam on Brazil’s 4×100 free relay on Saturday, which finished 11th in prelims.