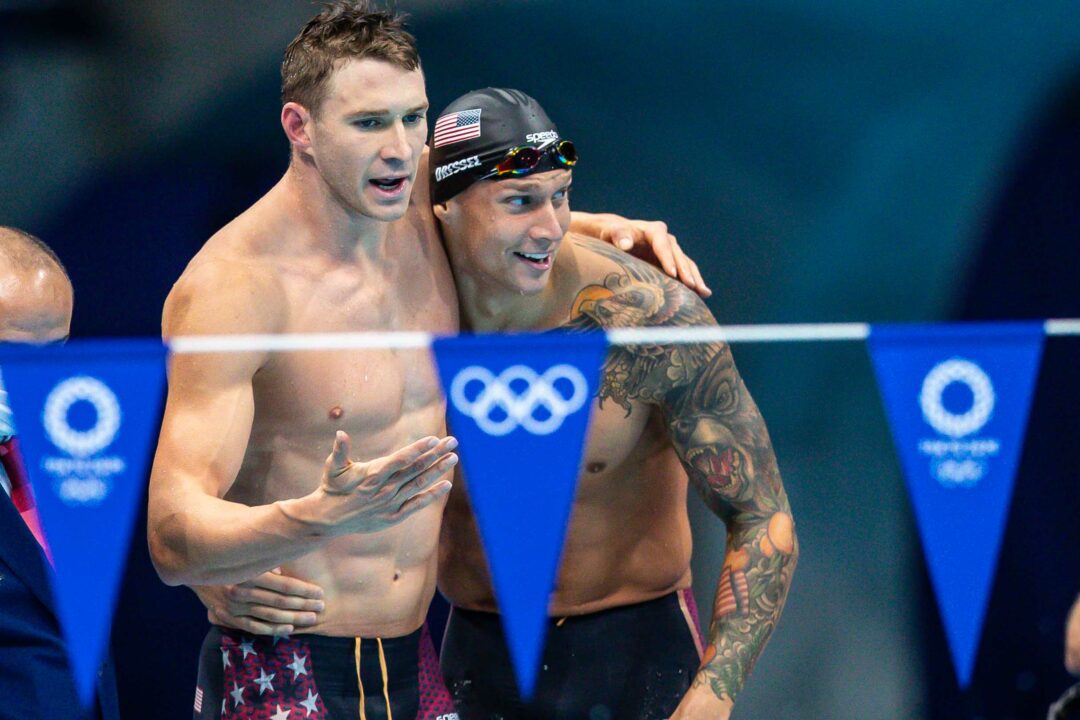 The 5 captains for Team USA this year have 38 long course World Championships medals between them, dating back to 2015 in Kazan. Current photo via Jack Spitser/Spitser Photography

USA Swimming revealed the 5 Team USA captains for the upcoming 2022 World Swimming Championships in Hungary, Budapest. Ryan Murphy, Lilly King, Leah Smith, Natalie Hinds, and Caeleb Dressel will lead their fellow Americans into the meet as captains. Captains are voted on by members of the team.

This is the second year in a row that Murphy and Dressel are captains for Team USA, having both served in the position in 2021 at Tokyo 2020. On the women’s side, King, Smith, and Hinds will take over from Allison Schmitt and Simone Manuel who were the female captains in Tokyo.

This isn’t the first time that Leah Smith has captained a US national team, however, as she held the position of captain at the last edition of the World Championships in Gwangju in 2019. There, she, Nathan Adrian, Allison Schmitt, and Matt Grevers were captains.

This is the first World Championships outing for Natalie Hinds who also made her Olympic debut in 2021 when she raced for Team USA at the Tokyo Olympics. Dressel, King, and Murphy raced at both Tokyo 2020 and Rio 2016, while Smith raced at Rio 2016.

Notably, there are a few swimmers on the team this year who made their World Championships debut before any of the captains including Nic Fink, Chase Kalisz, and Katie Ledecky who raced at Barcelona 2013.

Ryan Murphy and Leah Smith shared their thoughts on being named as captains in the official USA Swimming release.

“It’s an incredible honor,” said Murphy. “I think whenever I’m in a position like this, I think back to my first [international] teams and how much I looked up to guys like Nathan Adrian, Anthony Ervin, Michael Phelps — there are so many incredible people who have been in this role. It is truly an honor to follow in their footsteps.”

Smith said “I’m super honored to have been named a captain.” “I’m really proud of my other fellow captains. I think we’re going to bring a lot of experience and fond memories with us to Budapest. I can’t wait to see what we can accomplish together and with the team.”

Ok let’s clear this out. I swam at Bolles from 2009 until 2012 under coach Sergio. Ryan Murphy is 6’2” and Caeleb is 6’1”. A lot of swimmers inflate their heights so they can look more competitive even Ryan and Caeleb!

That seems about right with them standing near each other

Ryan Murphy is listed at 6’3″ and he and Caeleb look about the same height. Natalie is just underlisted.

What’s more likely: that Natalie is actually 6’4+ or that the boys round up?

My ballot would have been completely different–Flick, Lazor, Ledecky; N. Fink, Kalisz, Freeman.

Why has Chase Kalisz never been captain?

Is it Kieran? Leah? Regan?

Yay for Leah and all captains! So happy with the choices:) Honest question, was Leah Smith injured last year at trials? So happy to see her back. My daughters and I love seeing her swim and we’re heartbroken seeing her miss the Olympic team. She seems back and better than ever! Just curious if something happened last year that impacted her OT’s

No injuries. Competition is just getting faster, pressure is heavier, and Im sure COVID impacted training.

Are the pick ‘ems for World Champs out yet? I have some completely unfounded picks to make that I will be upset about later when it doesn’t happen

Everyone seems to get along with Lilly King, even the nicest one like Regan speaks fondly about Lilly. Are you people just mad that swimmers don’t vote for Ledecky?

who said Regan was the nicest one?