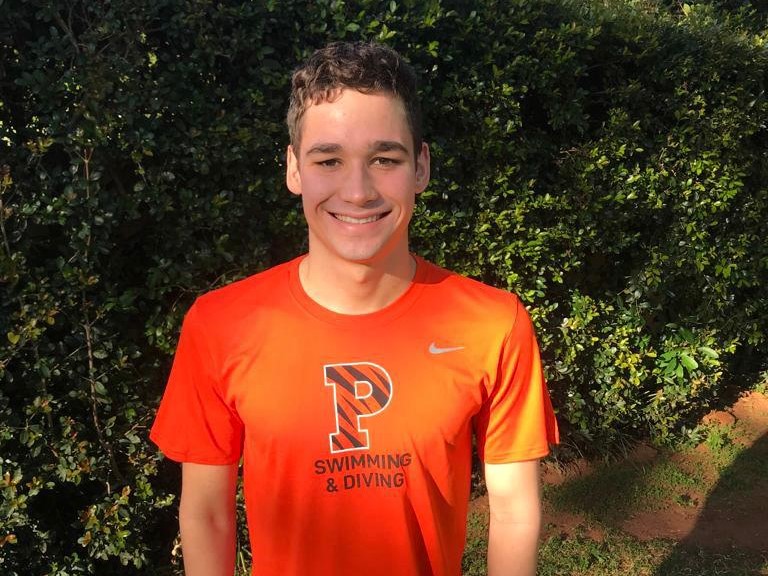 Connor Buck, from Durban in South Africa’s KwaZulu-Natal province, has announced his verbal commitment to the application process* at Princeton University and will join the class of 2027 with Daniel Li and Parker Lenoce.

“It has always been a goal of mine to attend an Ivy League or a highly ranked institution at some point in my life and I’m super excited that this goal has been made possible with Princeton. I can’t wait to give of my best for the team!”

Buck’s best converted times would have scored in the top-16 of the mile and the top-24 of the 1000 at the 2022 Ivy League Men’s championships. While the Ivy League plans to drop the 1000 free from the women’s conference meet, no changes have yet been announced for the men.

Fantastic news and welcome Connor! Great to have a stellar D-man as part of what is looking like a great group in the Class of 2027.

Gotta love the regional and cultural diversity on the squad that is coming together at Princeton. Coach Matt and Coach Abby are wonderful people who will lead the Tigers back to the top of the Ivy League while building strong citizens who contribute positively to the world. Keep up the good work, coaches and students!

Great long speed and a contender!

Congrats, Connor! Get ready to swim fast for Matt and Abby. You will do great things for PUCSDT!

Welcome to the Tigers, Connor!

Another day, another great pickup for Coaches Matt, Abby, and the Tigers – I feel like Princeton’s gonna be a top 20 team soon