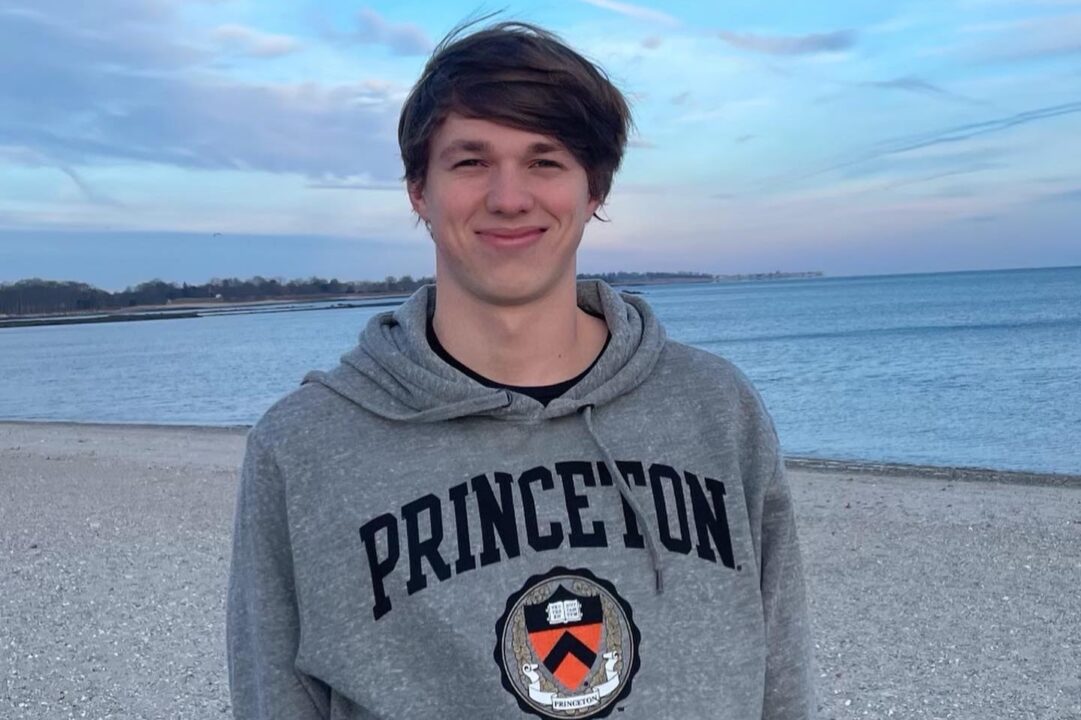 High school junior Parker Lenoce from Westport, Connecticut, has verbally committed to the application process at Princeton University* and will join the Tigers’ class of 2027 in the fall of 2023. He told SwimSwam, “I chose Princeton for the immense feeling of family, the academic and athletic opportunities Princeton provides, and the immediate connection with Coach Matt Crispino and Abby Brethauer.”

“I’m thrilled to announce my commitment to the admissions process to swim and study at Princeton University! I’m extremely thankful for the family, friends, and coaches that have supported me. I can’t wait to be a member of the Princeton Family 🐅🐅!!”

Lenoce grew up playing several sports, including ice hockey, which he finally quit in high school when he began to swim full-time. He credits his mom, who swam at the University of Calgary, for inspiring his choice. Along the way, he broke the Connecticut Resident record in the 11-12 50y back as well as Connecticut LSC records in the 13-14 1650y free (which had belonged to Bobby Hackett since 1974) and the 15-16 200y back.

A USA Swimming Scholastic All-American, Lenoce is mainly a mid-distance freestyler and backstroker these days. Swimming with Chelsea Piers Aquatic Club, he finaled in the 200 free at Winter Juniors East (21st), and also competed in the 500 free, 100 back and 200 back. He dropped over 2 seconds in his 100 back and 6.7 in his 200 back, earning a Summer Juniors cut in the latter.

During the lockdown, with school online and pools shut down in the northeast, he moved to Florida. “I was a part of the flock that headed south. Training with the Sarasota Sharks taught me a lot and opened my eyes to different types of training and what’s possible in everyday practice.”

A dual citizen of Canada and the U.S., Lenoce plans to compete at Canadian Trials in Victoria in April, with the aim to of representing Canada internationally. His best SCY times include:

Great to have you as a teammate. Go Tigers!!

Booyah! Great decision Parker. You’ll love Princeton, and Princeton will love you back.

Congratulations!! Sounds like an excellent young man with a lot of potential, which will mesh well with the awesome community at Princeton and the wonderful PUCSDT family!

Always great to see swimming win someone over from other sports. Can’t wait to see his athleticism transfer to the pool. Congrats to Princeton for a great pickup!

Great to see CT represent. Welcome to the Tiger family! Can’t wait to see what’s in your future with us. (Former CT age group swimmer and Princeton alum.)