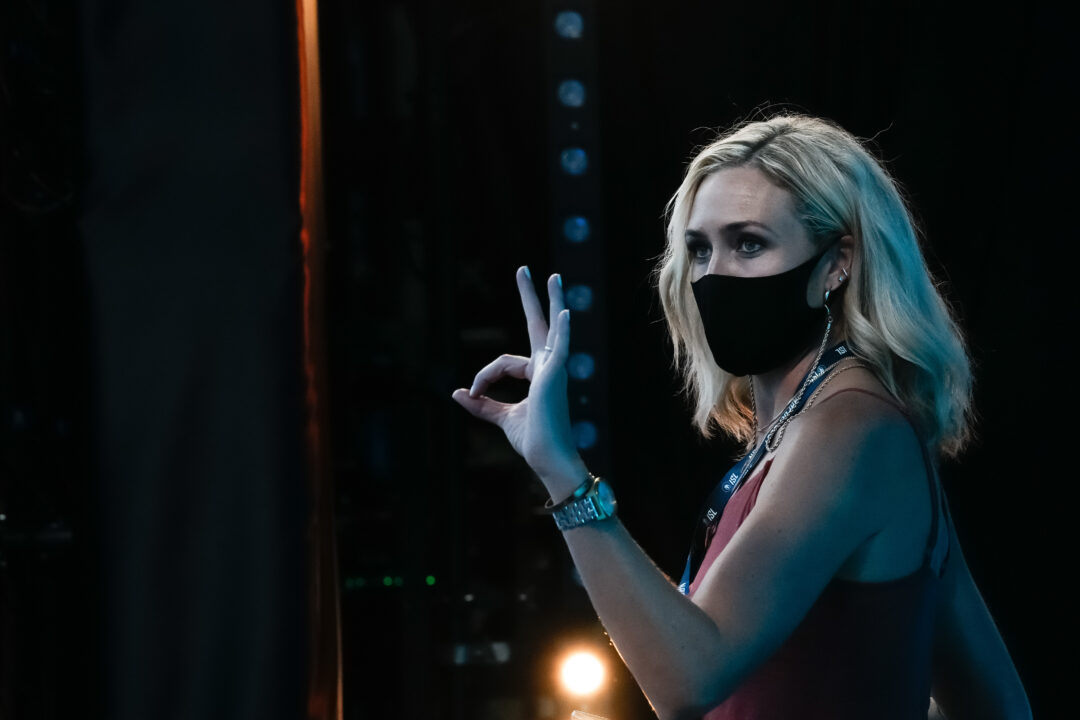 Kaitlin Sandeno is the second International Swimming League general manager to announce a resignation this week, telling SwimSwam on Thursday that she has left her role with the DC Trident.

Sandeno led the Trident through their first three years of the league’s history, a period that saw great improvement for the team. In year 1, the Trident finished in 3rd place in the American Derby meet, a narrow 7.5 points ahead of New York Breakers, to lock up 6th place position in an 8 team league. That year, the team coined their famous “third is first” chant.

In year 2, the Trident slid to 9th in the expanded 10 team league, but a successful draft, arguably the most-successful in the league (with the #2 pick), shot them up the standings in 2021.

While the Trident were again 9th in the regular season, they won the Playoff play-in match, which was the first meet win in franchise history, and the first time that they advanced to the Playoff round.

They came away 8th in those playoffs, but did manage to beat Iron in the opener of that round.

Sandeno is at least the second ISL general manager to announce their resignation this week after Rob Woodhouse of the London Roar announced his resignation as well.

Woodhouse said that his departure came because he lost “belief in the vision and strategy of the league.”

Sandeno has continued to work in swimming after her athletic career ended: besides managing the Trident, she has also worked as the in-house poolside announcer for a number of major USA Swimming events.

My guess is they’re not paying her.

Swimming is the non-professional sport at all

What does this even mean?

Rumors say Kitajima is also considering resignation and I won’t be surprised if he does. The second part of regular season completely crashes with the Asian Games for which Japan will definitely send their A team.
The fact that the first part of regular season crashes with Worlds is due to an unexpected announcement of FINA so it’s forgivable, but they should have avoided the crash between second part and AG, as the dates of AG was decided long ago. They only give a break to Commonwealth and Euros but not the Asian Games, which shows they never care about Japan and other Asian countries. I will absolutely not be surprised if the whole Japanese team leaves this ‘party’.

I wonder if this has anything to do with the fact that pretty much none of them managed to draw any sponsors to make the teams at least a little more sustainable. I remember Rob saying on some podcast that the teams would have to make money of their own or the league wouldn’t be able to continue and when asked whether he, the big businessman of the ISL GMs, had found anyone to invest some money in the Roar, he of course had to admit that he hadn’t.
I think someone in the SwimSwam comments said that the Frog Kings were pretty much the only ISL team that have some outside money.

lol. The Japanese are the only ones that draw sponsors, but they completely ignore the international schedule of Japanese swimmers. Good job for them. If they expect any top JPN swimmer to abandon Asian Games for their show, they are absolutely dreaming.

He should have called it The Money Laundering Centre of the World Swim Team .
Plenty of spare stolen money around London .

Was that a paying job?

Tina Andrew convinced her to manage the New York Breakers instead.

I literally didn’t notice it until I mentioned the Andrews in my first comment.

Got me primed to be on the lookout for tomfoolery, I guess.

wait wtf – she might be the most underrated GM in the league and made DCT into the identity that it is, and they are literally on the rise… 🙁