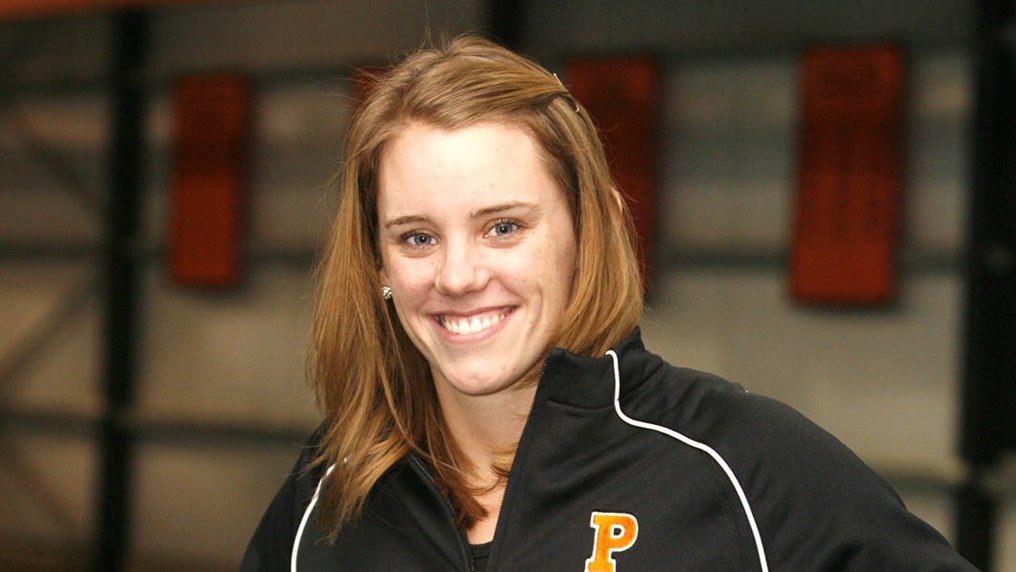 Alicia Aemisegger of Princeton won back-to-back Ivy League titles in the 1000 free in 2007 and 2008 as part of a 13-time All-American career. Archive photo via Tim Binning/TheSwimPictures.com

Correction: The event will only be dropped from the women’s Ivy League Championship meet, not the men’s meet.

The Ivy League will drop the 1000 yard free from its women’s conference championship meet beginning in 2024. The men’s meet will continue to sponsor the event.

The decision was voted on in 2017, but was not widely publicized at the time.

The 1000 free is an approved event at the NCAA Division I level, even though it is not an NCAA Championship event. The same is true for the 100 IM, which the Summit League includes in its event lineup.

The Harvard men have dominated the event, winning 19 out of 27 championships offered. That includes the last three: a pair by Brennan Novak in 2018 and 2019, and another by freshman Cole Kuster in 8:57.24 last season. Kuster won by just half-a-second over Princeton freshman Dylan Porges.

The Ivy League has had a number of great distance swimmers come through their championship met, including Alex Meyer of Harvard, Alicia Aemisegger of Princeton, NCAA Champion Chris Swanson of Penn, and Brennan Novak of Harvard, but no swimmer has ever successfully four-peted the race.

I was pretty excited when they added the 1000 free and I didn’t have to do the 400 IM on the second day of the Ivy Conference meet anymore.

But honestly, the second day did seem a little fragmented. All the distance swimmers would do the 500 free on the first day, and then they would spread out across three events (200 free, 1000 free, 400 IM) on the second day.

How do you write an entire paragraph about Ivy League distance swimmers and leave out Olympic medalist/former world record holder Bobby Hackett?

Unfortunately the 1000 is my daughter’s best event. I had no clue that it wasn’t included in most conference championships and the NCAA until a few years ago as she was starting to think about swimming in college.

Nobody is doing open water in Cambridge in February.

This just doesn’t seem right….especially if the men still get the opportunity to compete in the 1000. Has always been one of the cool things about the IVY Championships that set it apart from others.

is this that cancel culture?

No this one those rona protocols