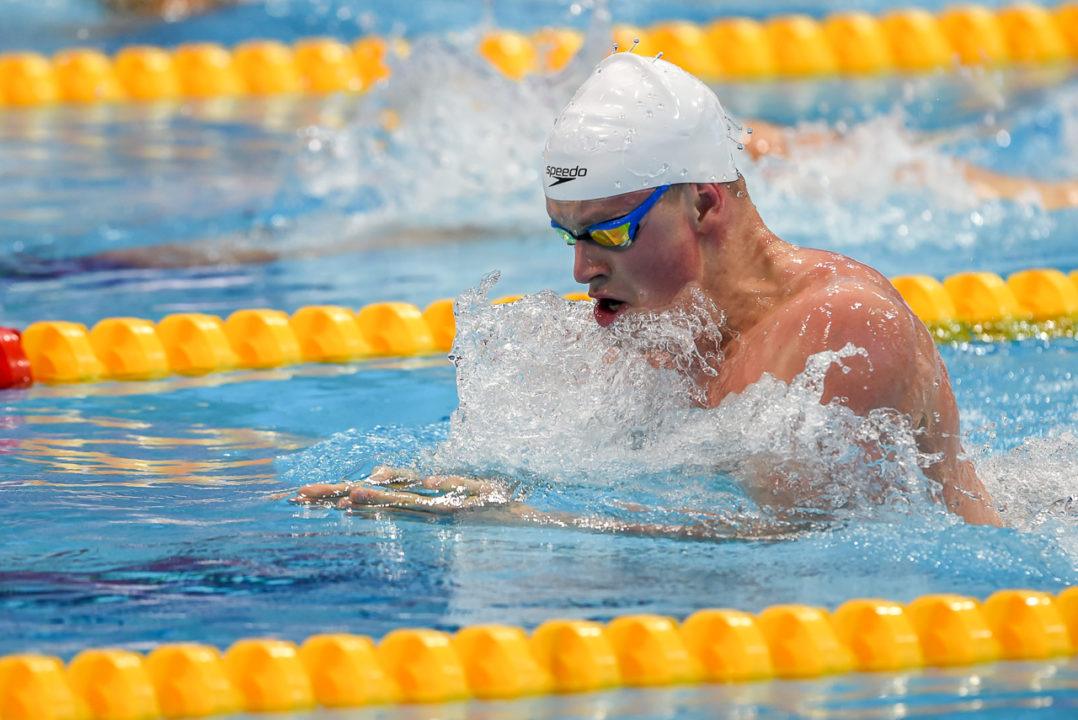 During yesterday’s finals, two national records were broken: Italy’s young breaststroke star Nicolo Martinenghi (born 1999) not only improved the national italian record in the 100m breaststroke to 59,31 he also downs the junior world record with his performance. On the women’s side, Hungarian Flora Molnar set a new national record in the 50m butterfly in 26,15.  Molnar, a commit to the University of Alabama this coming fall.

Chad Le Clos set a new meet record in the 100m fly yesterday, he made it into the 200m butterfly A-final with the seventh fastest time of 1:59,07. Japan’s Daiya Seto showed the quickest performance in 1:57,71. Seto ranked on the second position in the world.

Seto also  reached the 400m IM final with the second fastest time (4:16,50) behind Hungary’s David Verraszto who came in with the fastest prelims time of 4:14,62.

Simona Baumrtova and Kira Toussaint will start on the fastest lanes tonight in the A-final: Baumrtova (CZE) set the pace in the 100m backstroke in 1:00,25 ahead of Kira Toussaint (NED) in 1:00,46.

Hannah Miley (GBR) is the current number two in the 400m IM world ranking and was the quickest lady in prelims in 4:41,35 ahead of Canada’s Mary-Sophie Harvey in 4:42,73.

Ranomi Kromowidjojo sprinted to the only sub-54 result in the 100m freestyle with a time of 53,70. Denmark’s Pernille Blume snatched lane 5 in the A-final with a time of 54,07.

Surprisingly, Great Britain’s James Guy only reached the 200m freestyle B-final in 1:49,27, he is the number two on the world leaderboard. Tae-Hwan Park (KOREA) set the best time in prelims in 1:48,24.

Imogen Clark (GBR) and Sarah Vasey (GBR) sit on position 3/4 in the 50m breaststroke world ranking and were registered with the fastest times in the morning heats in 30,79 (Clark) and  31,49 (Vasey).