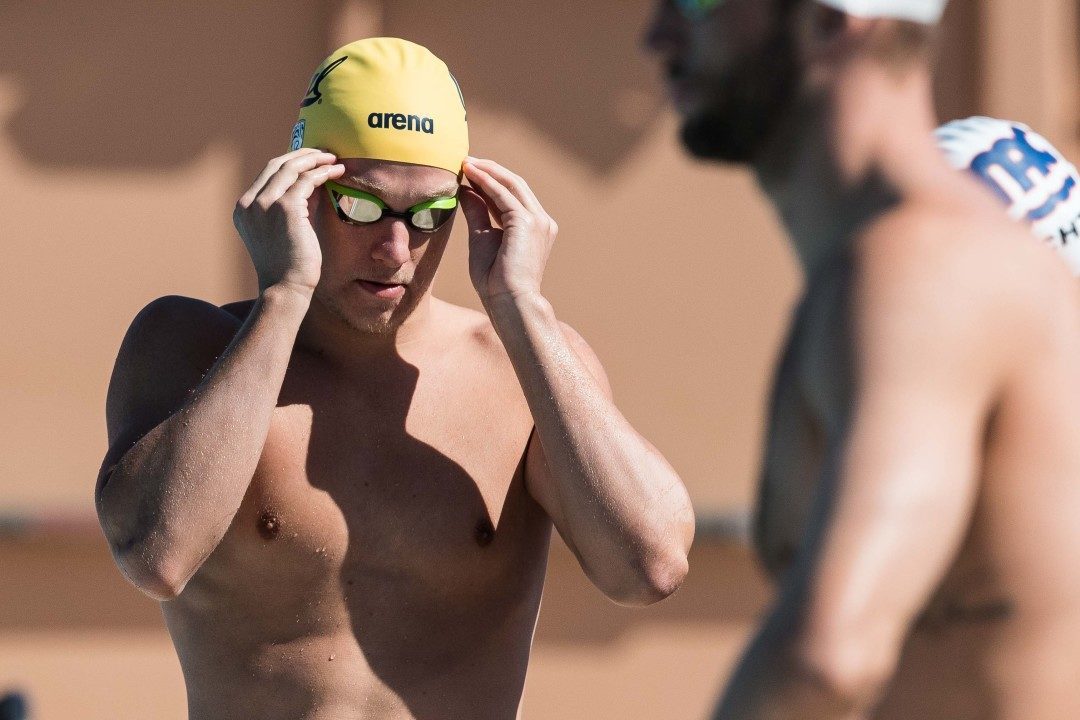 The Cal Bears kept the ball rolling with their 2nd Championship Record in as many events at the 2017 Men's Pac-12 Championships in Federal Way, Washington. Archive photo via Mike Lewis/Ola Vista Photography

Sophomore All-American Andrew Seliskar was instrumental to the win, as he tore through the water in 1:32.35 split on the 2nd leg to pull ahead of the USC Trojans, who took the early lead thanks to Dylan Carter‘s speedy 1:32.15 leadoff split. Senior Ryan Murphy was also sub-1:33, bringing the Bears home in 1:32.90 as they took down USC’s former Championship Record of 6:12.54 from the 2014 Pac-12 meet.

Very good 1.32.16 lead-off leg by freshman Cameron Craig too.
He was one of the revelations of last junior pan pacs and he confirms his talent now at ASU with Mr Bowman.