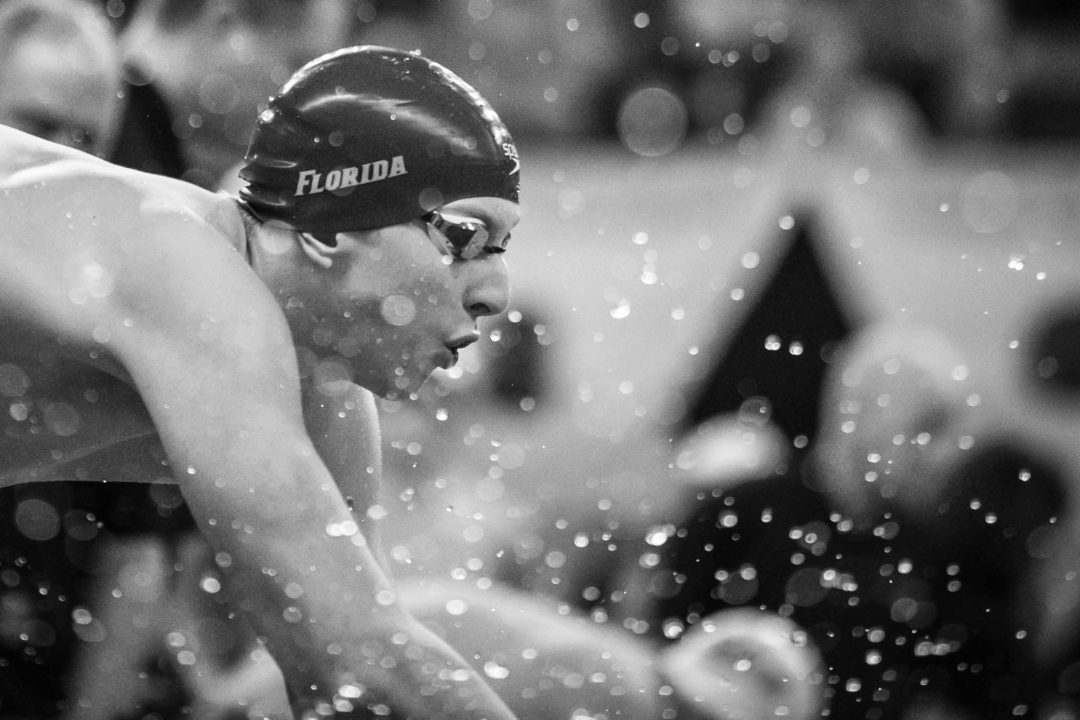 Given his massive 4-second drop from his former individual 200 free best, it's safe to say Smith brought his A game and will be a title threat. Archive photo via Jack Spitser/Spitser Photography

The 2020 SEC Swimming and Diving Championships continue Wednesday morning with the meet’s first individual events: the 500 free, 200 IM, and 50 free. After a historic 200 free leadoff on night 1, Florida’s Kieran Smith is making a change in his event lineup this season. Smith won the 200 IM in 2019 as a freshman. However, he’s scratched out of the event and will instead be swimming the 500 free.

Smith’s lifetime best is a 4:16.96 from 2017 when he was still in high school. He’s already been close to that this season in a dual meet, though, with a season-best 4:18.13 in January against Tennessee. Given his massive 4-second drop from his former individual 200 free best, it’s safe to say Smith brought his A game and will be a title threat. He was the 13th seed in the 200 IM and is the 6th seed in the 500 free.

Teammate Talia Bates, a standout freshman sprinter for the Gators, is slated to swim the 50 free tomorrow. Bates didn’t compete on the 200 medley relay tonight. Since the first half of Florida’s dual meet with Auburn in late January, Bates has been sidelined with an undisclosed injury and there was no given timeline for her return.

The Gators’ Sherridon Dressel did scratch the 50 free, however, where she was the #23 seed. This isn’t all that surprising, given that she has higher scoring potential in her other entries (both backstrokes, the 100 fly, and the 100 free). Dressel won’t compete individually on day 2, but will likely play a part in the timed finals of the 200 free relay.

I respect the decision, but really wanted to see that clash between Casas & Smith in the 2 IM.

Unless he takes the Haas strategy…

“Maybe just maybe” Smith “checking out” of the 200 IM might be due to Shaine Casa’s time!! That is probably the smart thing to do!!!

Or because he was ready to smash the NCAA record in the 500 by 2 seconds.

Before tonight would have said WTF, but after tonight, yeah sure I get it.