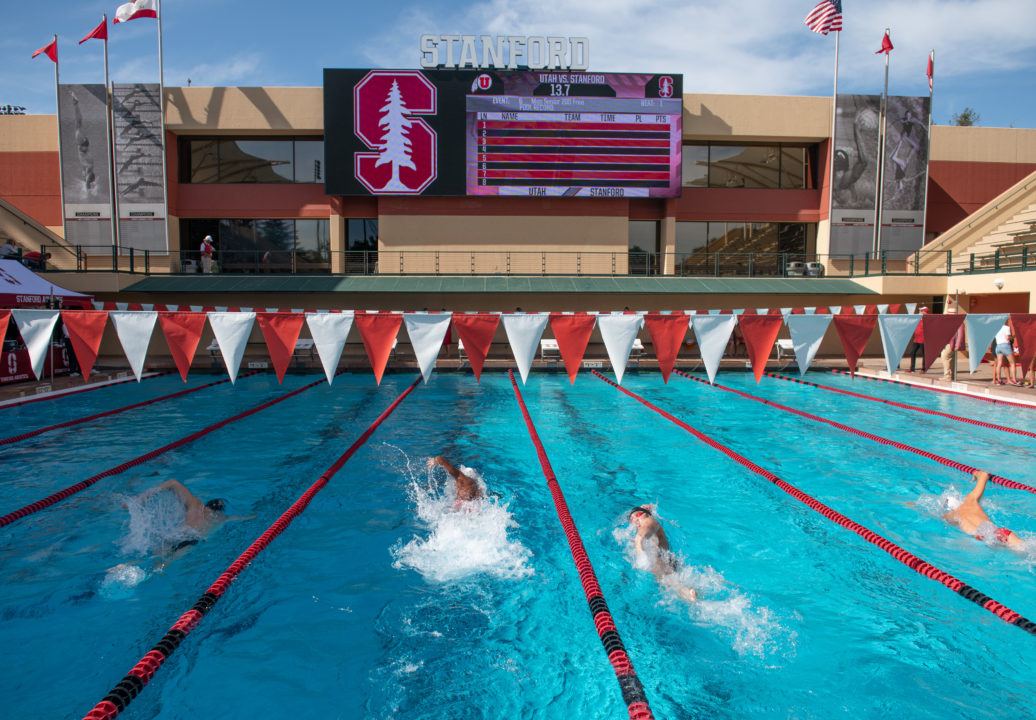 Santa Clara County updated their Mandatory Directive for Collegiate and Professional Sports to allow teams to compete outside the county and train indoors. Archive photo via Stanford Athletics

Following Governor Gavin Newsom’s lifting of California’s stay-at-home order on Tuesday, Stanford has announced that their athletic teams are allowed to compete outside of Santa Clara County, among other training changes.

Now that California counties are in the ‘purple’ tier of the 4-tier reopening program, the county’s have more control over what COVID-19 safety regulations are put in place. Santa Clara County has updated its Mandatory Directive for Collegiate and Professional Sports to allow college athletics to resume and compete across county lines. This week and next week, Stanford athletic teams have multiple competitions outside of Santa Clara County:

11 other Stanford athletic programs returned to campus on January 23-24 and are fulfilling their mandatory 10-day quarantine before participating in training activities. This gradual process of returning teams to campus follows Stanford’s phased approach which will continue reintegrating teams through March 1st.

Santa Clara County’s updated Directive also allows “training and competition involving contact, close proximity and equipment sharing, both indoors and outdoors” as long as athletes follow the safety protocol. Under this protocol, student-athletes must get a PCR COVID test 3 times a week, form teammate-only households, practice social distancing, and wear facial coverings consistently unless their training and competition do not allow them to wear masks.

The Pac-12 Conference has decided to extend its ban on live audiences at competitions as another safety precaution. Santa Clara County’s updated Directive is in agreement and additionally does not allow spectators at practices or any other athletic activity.

In the University’s announcement, Bernard Muir, Stanford’s Jaquish & Kenninger Director of Athletics, shared his gratitude for Santa Clara County and its officials “for the thoughtful decision-making process they have undertaken to protect our community throughout the coronavirus pandemic.”

“We are thrilled that our student-athletes will now be able to train and compete on campus, and we will continue to follow rigorous health and safety standards as our teams embark on their upcoming seasons.”

According to the New York Times, Santa Clara County has reported a total of 99,174 cases of COVID-19 since the beginning of the pandemic last March. In the past 7 days, their daily average has been 687 cases or 36-per-100,000 people. This is a significant decrease from the highest amount of cases reported in Santa Clara County in one day from early January (2,258).

Cal is also a member of Santa Clara County? No, Cal is located in Alameda County, on the other side of the Bay. Did I miss something?

Has Stanford been able to train this whole time? Hoping the best for their team going forward.

I think most of Stanford W went home for Christmas, so there was probably a quarantine involved with the return.

But, by-and-large, I think they have been. As much as anybody.

At that time 14 days after returning to campus I think as has been directed by SC county.

Water polo players were at home from November through early January–several from the women’s were conditioning at the local club throughout the holidays. Heard they were back in the water on campus, as well.