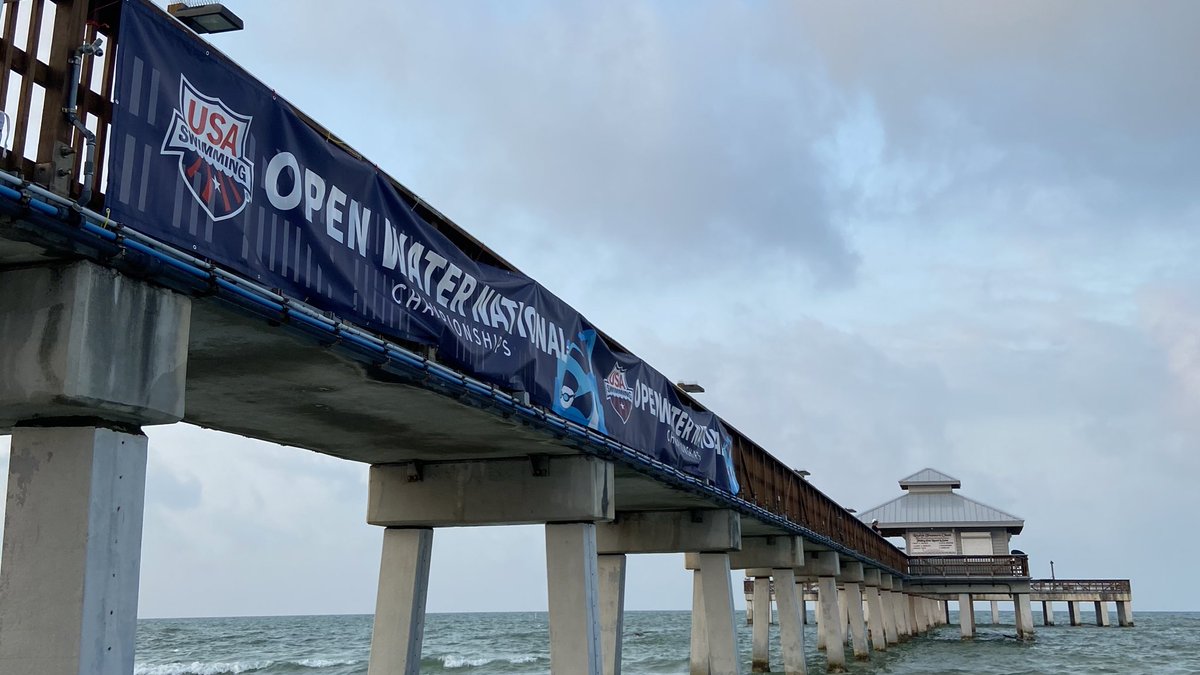 Sandpipers' Ilya Kahrun and Katie Grimes both took titles in the junior 5K event this morning in Fort Myers Beach, both eligible for the 2021 OW Junior team. Current photo via USA Swimming News

This week’s open water national meet serves as a selection event for the 2021 World Junior Open Water Swimming Championships, which will take place August 13-15 in Victoria, Seychelles. The two highest-placing eligible finishers, those ages 15-16 as of December 31, 2021, will qualify for the World Junior 5K event.

After the first lap of the men’s junior 5k, 14-year-old Luke Ellis of Sandpipers of Nevada held the lead over 15-year-old Alex Ayers of SwimMAC Carolina and 14-year-old teammate Bucky Gettys. The next lap, Sandpipers 16-year-old Ilya Kharun took over Ellis/Ayers’ pace for a moment, until they pushed Kharun to third heading into lap three of three.

Kharun again took over Ellis and Ayers during the final lap, this time to nab the junior national title at 1:02.50 and punch his ticket to Seychelles. In the race for the second, it was Ellis who touched out Ayers for the second spot in a photo finish for the 2021 World 5k team.

MEN’S Junior 5K after lap one of three:

Throughout the entire five-kilometer race, 15-year-old Katie Grimes of Sandpipers of Nevada lead the women’s junior field on every lap check-point. On laps two and three, Sandpipers 15-year-old Bella Sims and Gulf Coast 15-year-old Cadence Fort rounded out the top three leaders. At the finish, it was Grimes who took the national title at 1:04.04, a 42-second winning margin. Placing second was teammate Sims at 1:04.46, punching her ticket to Seychelles. Fort settled for third at 1:04.54.

Here’s a look at the age brackets and qualifying events for the World Junior meet:

The coverage was better today

Great racing in the ocean this morning!

After a finish that required an instant replay, Ellis officially finished 2nd in the Men’s race. He is the young man on the far left of the last posted picture.