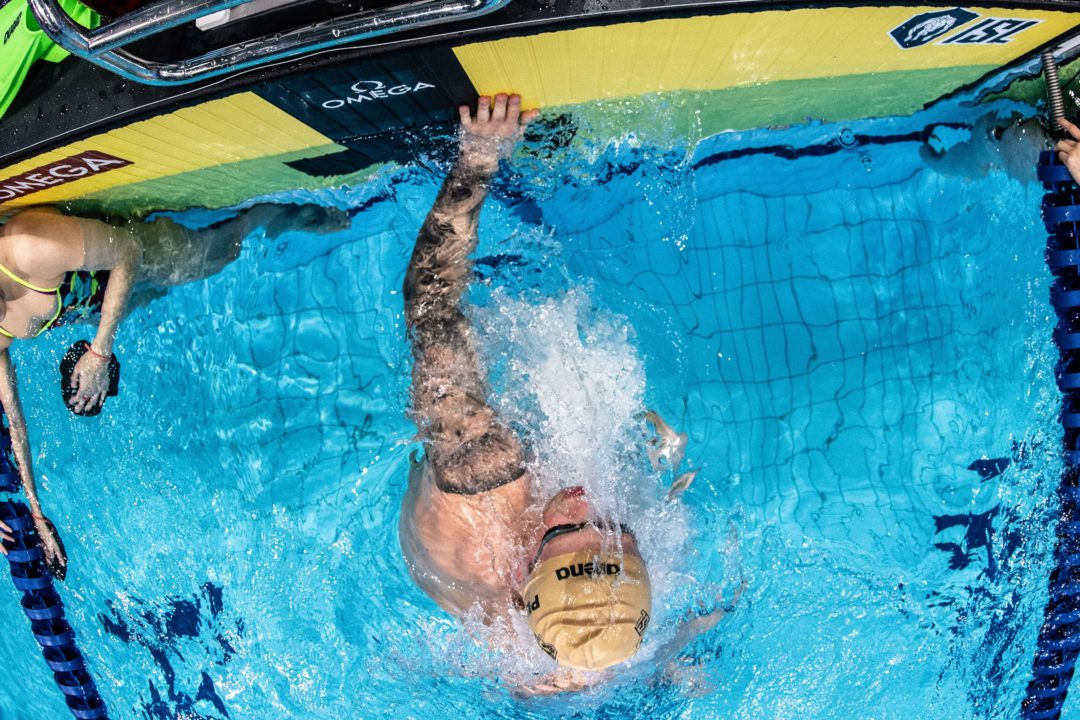 British breaststroking ace Adam Peaty busted out the fastest SCM 50 breaststroke race of his career, posting a time of 25.41 to take the opening round of the fast and furious skins during this ISl season 2 final.

Getting to the wall first in the opening round of the rapid-fire skins, Peaty punched a time of 25.41 to beat out London Roar teammate Kirill Prigoda, who touched only a hair behind in 25.49. He, too, logged a national record for Russia en route to moving on to the skins’ 2nd round.

25-year-old Peaty’s previous PB in this 50m breast was represented by the 25.48 he produced in the opening round of the men’s 50m breaststroke skins in the preceding semifinal that got his Roar squad here today. As such, Peaty was able to slice .07 off of that result to check-in with a new 25.41 British Record tonight.

For Prigoda, his 25.49 time in this opening skins round dipped under the previous Russian national record of 25.51 Vlad Morozov put on the books at the 2019 European Short Course Championships. Entering this final, Prigoda had been as fast as 25.87 earlier in this ISL season, so he saved his best performance for last.

ENS’ Ilya Shymanovich joined Peaty in the final round, where Peaty wound up on top in 26.10 when all was said and done.

Congratulations to Adam. Finally getting SCM.