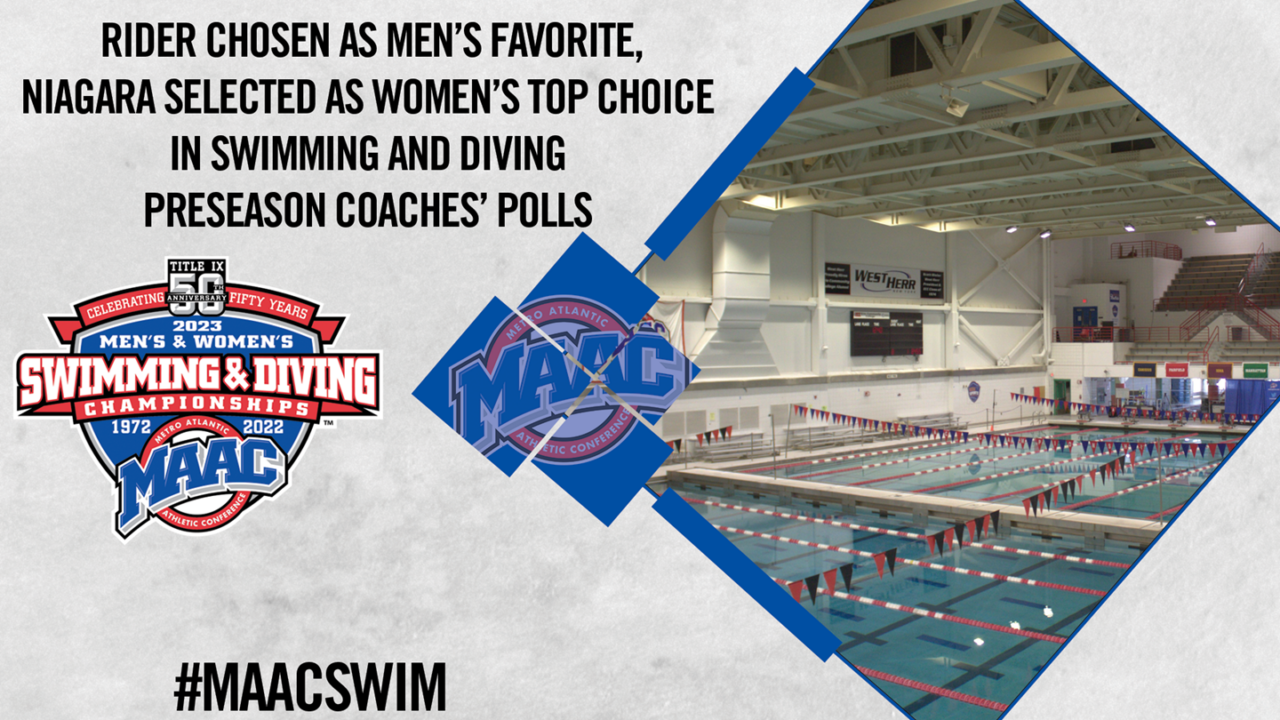 The Rider men and Niagara women are the defending conference champions, and the coaches' are selecting them to repeat in 2023. Current photo via MAAC Sports

EDISON, NJ (Sept. 29, 2022) – Defending Metro Atlantic Athletic Conference (MAAC) Men’s & Women’s Swimming and Diving Champions, Rider University and Niagara University, have been respectively chosen as the favorites to repeat in the 2022-23 Preseason Coaches’ Polls, as voted on by the league’s head coaches.

Picked as the favorites in the men’s poll, the Broncs claimed seven of the nine available first-place votes to take the top spot in the MAAC Preseason Coaches’ Poll with 78 points. Rider
has won 10 consecutive men’s championships dating back to 2012. Returning to the Broncs is sophomore and the 2022 MAAC Men’s Most Outstanding Diver of the Meet and Men’s Rookie Diver of the Meet, Sean Binning. Finishing second in the poll was last year’s runner up Fairfield with 70 points and one first-place vote, Marist College (66) also received a first-place vote, followed by Iona University (53), and Niagara (43) round out the men’s top-five in the poll.

On the women’s side, the Purple Eagles collected 6 out of 10 first-place votes, compiling 95 points and making them the favorite to repeat as the women’s champions in 2023. Niagara snagged its program’s first MAAC crown in 2022, posting 582.5 points in the championship and sealing the title with an impressive 400 Yard Freestyle Relay time which was 1.6 seconds from tying the conference record time. Picked second in the poll was last year’s runner up Fairfield, who tallied 86 points and two first-place votes. Iona University was selected third, receiving one first-place vote and 85 points and Marist (74) with one first place vote and Siena (53) rounded out the women’s top-five in the poll.

The full Men’s and Women’s Preseason Coaches’ Polls can be found below.