Regan Smith Hits The 4th 100 Back Olympic Record Of The Games With 57.86 Semi 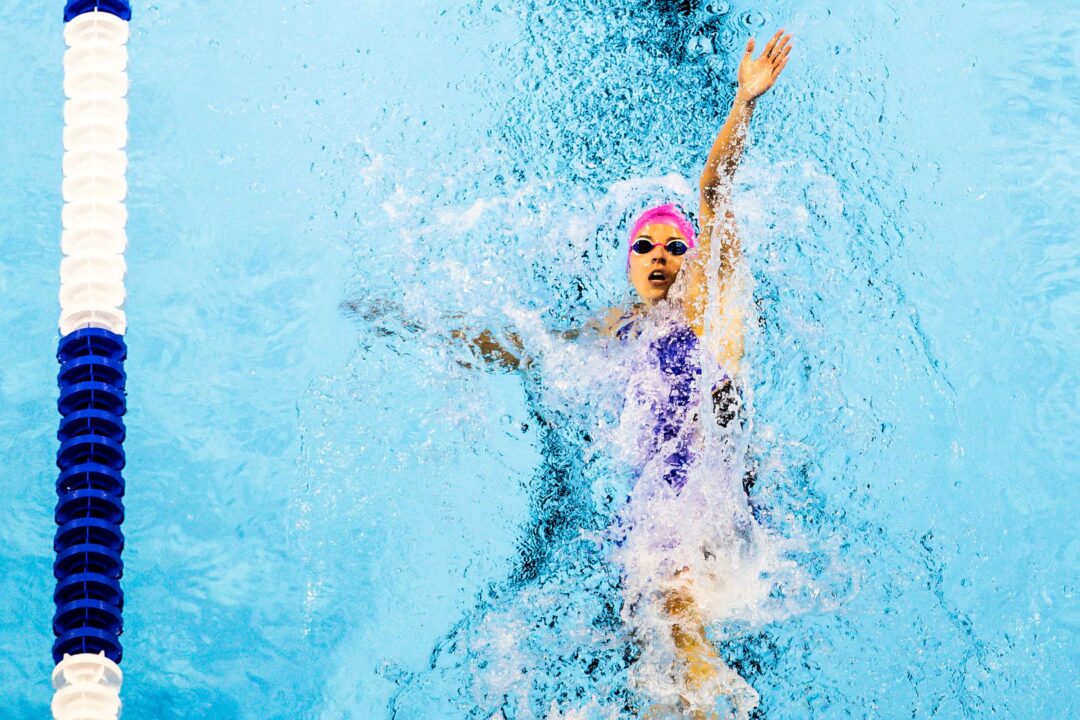 Smith will advance as top seed into the finals after swimming a 57.86 Olympic record during semis. That was the 4th time the mark has fallen this year. Current photo via Jack Spitser/Spitser Photography

Regan Smith swam her way to a top seeding heading into the women’s 100 backstroke final at Tokyo 2020 with a 57.86 Olympic record during semi-finals.

That swim for Smith was actually her second Olympic record of the meet and was the 4th time the record got broken in 2 days. During prelims, Kylie Masse started things off with a 58.17 heat win, taking out Emily Seebohm‘s Olympic record from back in 2012. In the next heat, Regan Smith took the mark from Masse with a 57.96, and Kaylee McKeown made it 3-for-3 in a 57.88 from the final heat.

In 2017, Kylie Masse delivered a 58.10 world record in the event at World Championships to lower the world record from the 58.12 that Gemma Spofforth swam in 2009. After Masse, Kathleen Baker held the record for around a year at a 58.00 until Regan Smith shattered that mark with her 57.57 at 2019 Worlds. Smith held on to the mark until recently at the 2021 Australian Olympic Trials when Kaylee McKeown swam an incredible 57.45 to become the fastest woman in history.

While McKeown’s 57.45 and Smith’s 57.57 represent their current PB’s, Masse has since improved from her 2017 swim of 58.10 to a 57.70 which she swam at the 2020 Canadian Olympic Trials. The level of talent shared amongst the top 3 women has made this race one of the most anticipated matchups in Tokyo.

The 100 backstroke final will feature the 3 fastest women in history and the only swimmers to have ever cracked 58 seconds in the event. That means that it will be rather surprising if we don’t see yet another Olympic record, let alone a world record, fall in the final round of racing.

Are you sure Masse personal best is 57.1?

yeah pretty sure it should be 57.7 – 3rd best time in history behind smith and McKeown 🙂

I think white will pull a shocker and and win a medal, regan just needs to go out faster to hold off McKeown

Regan absolutely cannot go out fast/too fast or she will be run down by both McKeown and Masse or even White. She will need to control her nerves and swim a controlled, evenly-split race to have a chance to win a medal or even gold. She has to believe she is just as good at closing fast as anyone else if she doesn’t go out too fast like the way she swam in the prelims and semis.

Looking like a three way battle, with White as a possible upset