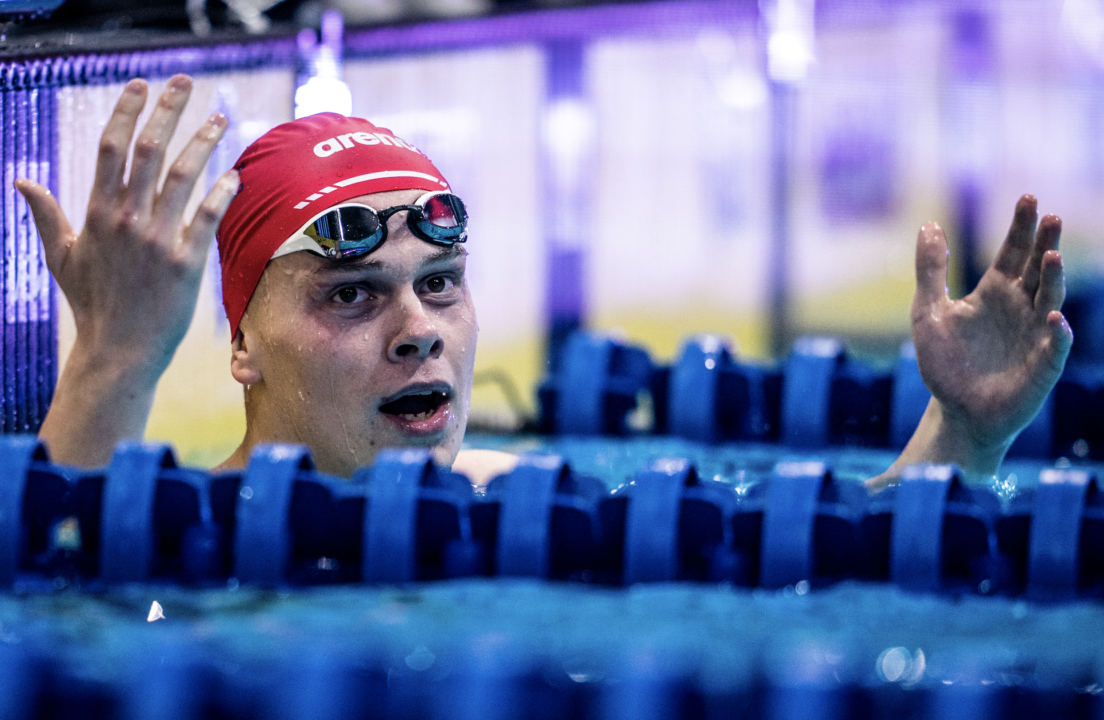 Danas Rapsys competed today in his home nation of Lithuania, taking the men's 200m freestyle by nearly 2 seconds ahead of the field. Archive photo via Mine Kasapoglu for ISL

Lithuanian dynamo Danas Rapsys ran away with the men’s 200m freestyle on day 1 of the Lithuanian Swimming Championships taking place in Klaipeda.

His outing here falls within a second of the 1:45.72 he produced en route to claiming 4th place at the just-concluded European Championships in Budapest. Rapsys has already qualified for the Olympic Games in both this 200m free, as well as the 400m free events.

Runner-up in the men’s 200m free was Mateusz Chowaniec of Poland who stopped the clock in 1:48.46 while teammate Kacper Majchrzak rounded out the top 3 in 1:48.58. The former’s result here checks in as a lifetime best, smashing his 1:49.10 produced just this past April.

The men’s 100m breaststroke saw one swimmer get under the minute threshold in the form of Andrius Sidlauskas. The Lithuanian punched a mark of 59.94 (28.05/31.89) to score the win. He, too, has already qualified for Tokyo, having clocked a lifetime best of 59.30 in Budapest last week. 24-year-old Sidlauskas ultimately touched in 59.31 for 6th overall in the final there at those European Championships.

Poland’s Agata Naskret produced the quickest time in the women’s 100m back, logging an effort of 1:01.24 for the victory. However, runner-up Ugne Mazutaityte was the record-breaker, with the Lithuanian setting a new national mark twice today.

First, in the prelims, 24-year-old Mazutaitye clocked a time of 1:01.65 to overtake her own lifetime best and record of 1:01.93 she put on the board last week in Budapest.