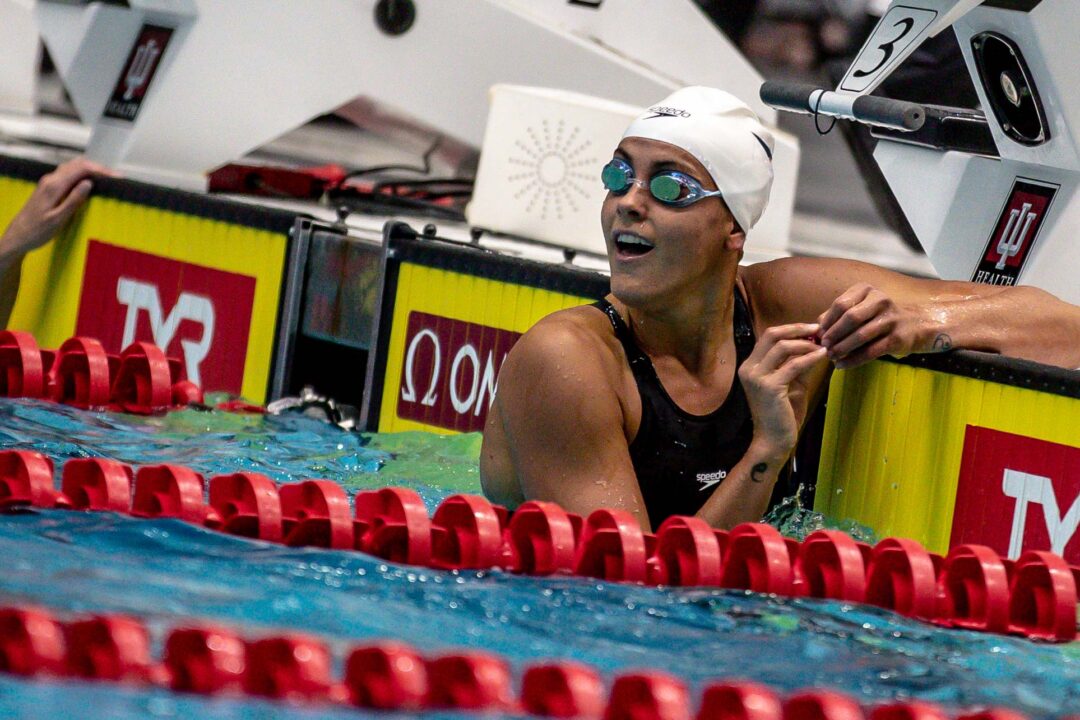 Linnea Mack of Team Elite dropped a 54.61 in the 100 free, following her lifetime best swim of 53.78 two weeks ago at the Pro Swim Series in Indianapolis. Archive photo via Jack Spitser/Spitser Photography

Mack, of Team Elite, blasted the only U.S. Olympic Trial Wave II cut on the women’s side of the meet in the 100 free with a time of 54.61. Her lifetime best time, 53.78, is only two weeks old and ranks her 22nd in the world this season. This was her only event of the meet.

Both Heidtmann and Kusch have earned spots on Germany’s Olympic roster for the Tokyo Olympics.

Kusch, Heidtmann and Pebley are all currently training with Team Elite.

This season Linnea Mack improved unexpectedly for many her personal best by exactly 1 sec taking currently #4 spot among American sprinters. But that is the only 53 sec result of 6 races she made last two months. It is absolutely hard to predict which way she will go at trials. I won’t be surprised neither by 53 low nor by 54 flat.

Good to Pebs back in the pool!