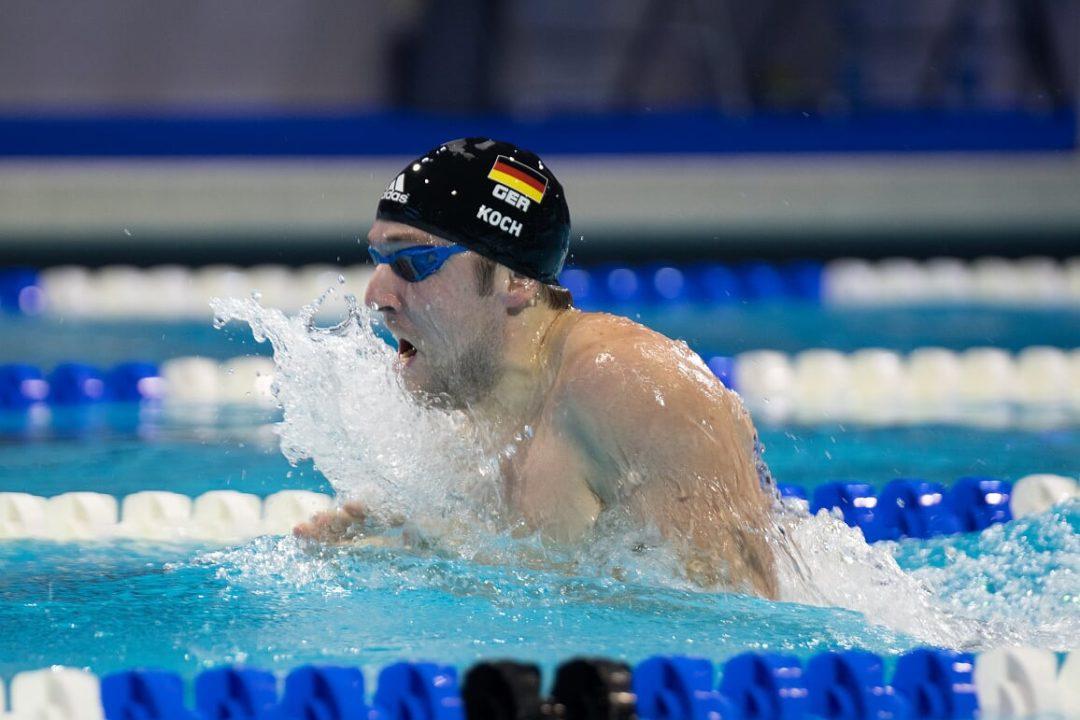 Former world champion Marco Koch is among the 30 aquatic athletes initially named to Germany's roster for this summer's Games in Tokyo. Archive photo via Kevin Reust

The German Olympic Sports Confederation (DOSB) has officially appointed the first 54 athletes to its roster for Tokyo this summer, with 30 swimmers included on the list.

Veterans to the tune of Annika Bruhn and Marco Koch are joined by the likes of newcomers Isabel Gose and Lukas Märtens to bring the total roster count to one more than the nation took to Rio for the 2016 edition of the Games.

“The Olympic Games are the special highlight of any sports career. After the postponement of one year due to the coronavirus pandemic, the way to Tokyo required even more motivation and perseverance than usual, so I’m happy for everyone who can fulfill their dream of participating in the Olympics in this difficult time, “said DSV- competitive sports director  Lutz Buschkow.

“Ultimately, however, the nomination should only be an initial reward in between, with which no one is satisfied. Because now it is all the more important to use the last weeks of preparation with full consistency in order to be able to get the most out of the competitions in Japan.”

National coach Hannes Vitense said, “In terms of numbers, our team is as big as the one in Rio 2016. Since then, however, their performance has improved considerably, as was evident at the 2019 World Cup. We now definitely want to continue this development in Tokyo.”

Although several swimmers finaled in Rio, none came away with a medal in an individual or relay event. World Record holder Paul Biedermann placed 6th in the 200m free, while Philip Heintz accomplished the same feat in the 200m IM to represent the nation’s highest finishes on the men’s side. For the women, Sarah Kohler‘s 8th place in the 800m free was the top result nearly 5 years ago.

More recently at the 2019 FINA World Championships, Florian Wellbrock became the first man ever to win gold in both the 10k open water event, as well as the 1500m free race. He’s set to compete in both venues come Tokyo, situated right now as the #1 1500m freestyle in the world. Kohler also nailed silver in the 1500m free there and she currently ranks as the 3rd fastest performer in the event this season.

Fabian Schwingenschloegl is another one to watch, having notched a new national record of 58.95 in the 100m breaststroke just last month. David Thomasberger accomplished the same feat in the 200m fly, punching a German standard of 1:55.04.

Very strong distance free, but hard to see more than a few finalists outside that group. Why did Germany choose not to swim Euros? Surely some competitive racing is needed in preparation for Tokyo?

We’re stuck in a neverending time loop of the post-reunification era. Train insanely hard, never compete and think you can still win something with that tired strategy. We still think we’re contenders on the international stage and nobody seems to realize that the EC’s are our best bet for winning an international medal (or even making the final) in an Olympic year.

2) I think that participating at Euros is plain stupid, but i don’t know anything about the official reasoning. Germany also didn’t compete with their strongest squad in 2016. I absolutely see no reason why someone, who relies on being in peak physical… Read more »