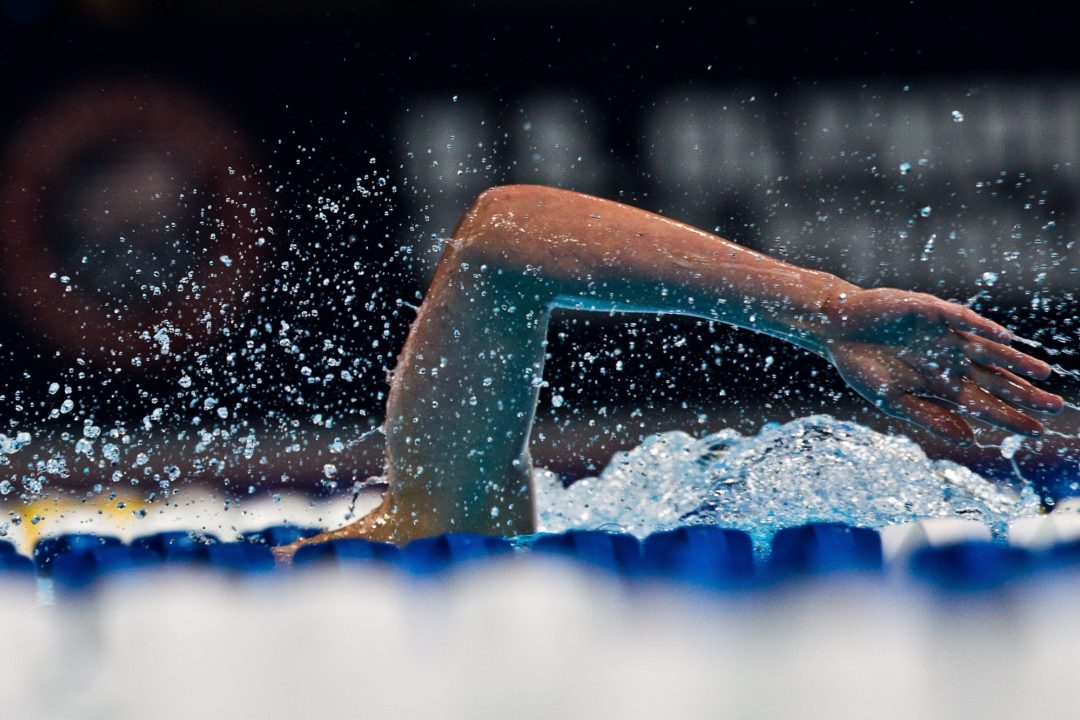 Also starring on the boys side was Matthew Fadel of the Ben Lippen School, who won back to back events in the middle of the meet. Fadel was 47.91 to win the 100 free, then showed his endurance and range by winning the 500 free just one event later in 4:53.03.

On the girls side, sisters Elysse and Kaila Pardus powered Porter-Gaud to the title, combining for 6 event titles and a pair of state records from older sister Elysse.

Just like Goedecke and Kassis on the boys side, the Pardus sisters combined to win both the 200 medley and 400 free relays. Elysse, Kaila, Gelsey Jaymes and Annie Chapman went 1:52.54 to win the medley (missing the state record by two tenths) and Alexa Johnson, Kaila, Jaymes and Elysse were 3:55.76 to win the 400 free relay.

The other star for the girls was Heathwood Hall’s Savannah Hillmeyer, who almost singlehandedly put her team into second place. Hillmeyer broke two state records: a 53.47 in the 100 free and a 58.21 in the 100 back. Even more impressive: in between those two swims (and one event before the backstroke), she led the team of Lily Richter, Abby Wilson and Olivia Moran to a state title in the 200 free relay with a 1:45.08.

Also breaking a state record was Lydia Parrish of the Ben Lippen School. She went 24.65 in the 50 free.

In a thriller on the girls side, Spartanburg Day’s show of depth outpaced Hilton Head’s 3 event titles for the team win by just a point and a half.

Spartanburg Day had three runner-up finishes, including a 200 free relay that was just three tenths out of a title. That team was made up of Susannah Lyon, Camrynn Wilson, Emily Cobourn and Sarah Griffin and went 1:51.44. Cobourn (50 free; 27.77) and Griffin (100 free; 1:00.25) would also take individual runner-up spots, and Lyon was 3rd in the 500 free.

That 200 free relay title went to Hilton Head in 1:51.13, with the team of Grace Hilton, Audrey Robinson, Sterling Burd and Ashley Weaver. Hilton also topped Griffin to win the 100 free in 59.59.

For the boys Oakbook Prep won the first and last relays, plus got a 500 free title from Will Patterson to win the team title. Patterson was 5:05.01 in that 500, with teammate and younger brother Drew Patterson second in 5:15.36.

On the medley relay, Bryce Glenn, Will Patterson, Slade Glenn and Greg Thalassenos went 1:46.11 for the win, and the Glenn and Patterson brothers took the 400 free relay in 3:32.18 to cap off the team win.