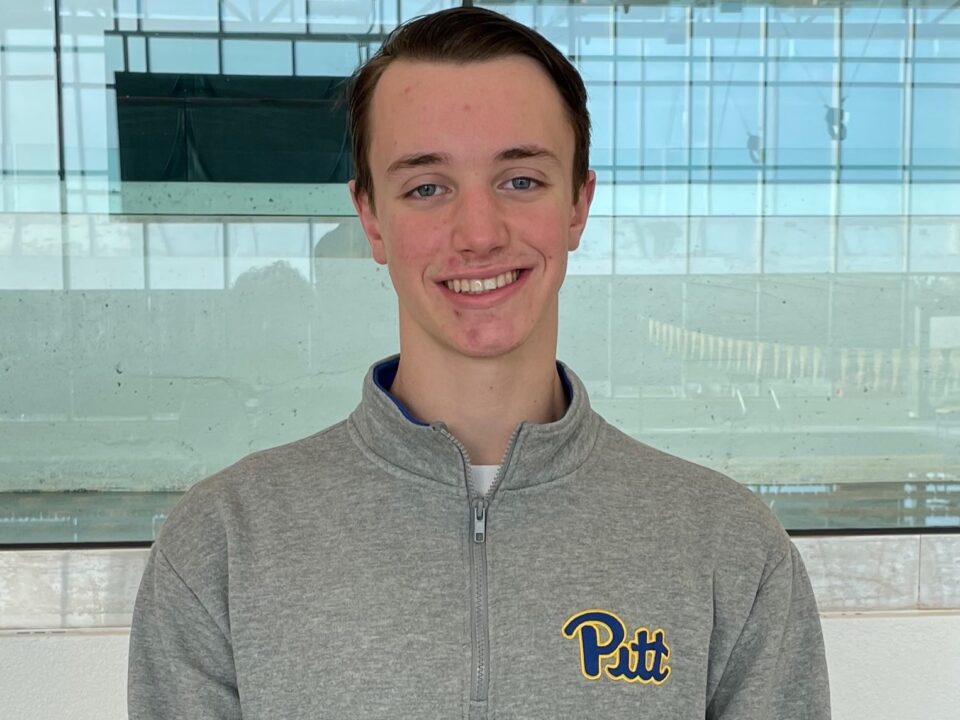 The first commit to the Panther's class of 2027, the rapidly improving Kennedy will come to the University of Pittsburgh in the fall of 2023

Grant Kennedy has made a verbal commitment to swim and study at University of Pittsburgh beginning in the 2023-2024 school year. Kennedy is in the middle of his junior year at Upper Arlington High school and swims club with the Upper Arlington Swim Club. The Speedo Junior National Championships qualifier will make the short trip from Columbus to Pittsburgh next fall.

“I am excited to announce my verbal commitment to continue my academic and athletic career at the University of Pittsburgh.  I want to thank my coaches, family, friends and teammates for their support. I am grateful and look forward to becoming a Panther! #H2P”

While Ohio state championships will take place next month, Kennedy qualified for the meet last year as a sophomore. In his lone individual event, the 100 back, Kennedy placed 17th in a lifetime best of 51.98 seconds. He also swam a leg on his school’s 200 and 400 freestyle relays, helping both relays to 5th place finishes.

Kennedy was a multiple-event finalist the Futures Championship meet in Richmond last summer. His best performances came in the backstroke events, with his 200 backstroke earning him a spot in the A-final. In finals, he placed 5th and in a lifetime best time of 2:06.61 seconds, which qualified him for Junior Nationals. He also added a second Junior Nationals cut in the 100 back, placing 25th in a time of 58.65 seconds. He completed his meet with a third finals swim in the 200 fly, finishing 22nd in 2:08.69 seconds.

The Panthers are coming off of a 2020-21 season that finished 9th out of the 12 teams competing at the Atlantic Coast Conference Swimming and Diving Championships. The team was led by a pair of strong performances by Cooper Van Der Laan and Blaise Vera. Both swimmers claimed a pair of medals at the meet, with Van Der Laan medaling in both breaststroke events and Vera taking a medal in the 50 and 100 freestyles. Both men finished in 8th place for their respective races at NCAA Championships, with Van Der Laan competing in the 100 breaststroke and Vera swimming the 50 freestyle.

Kennedy is Pitt’s first announced commitment to the freshman class of 2023.

IF YOU HAVE A COMMITMENT TO REPORT, PLEASE SEND AN EMAIL WITH A PHOTO (LANDSCAPE, OR HORIZONTAL, LOOKS BEST) AND A QUOTE TO [email protected].