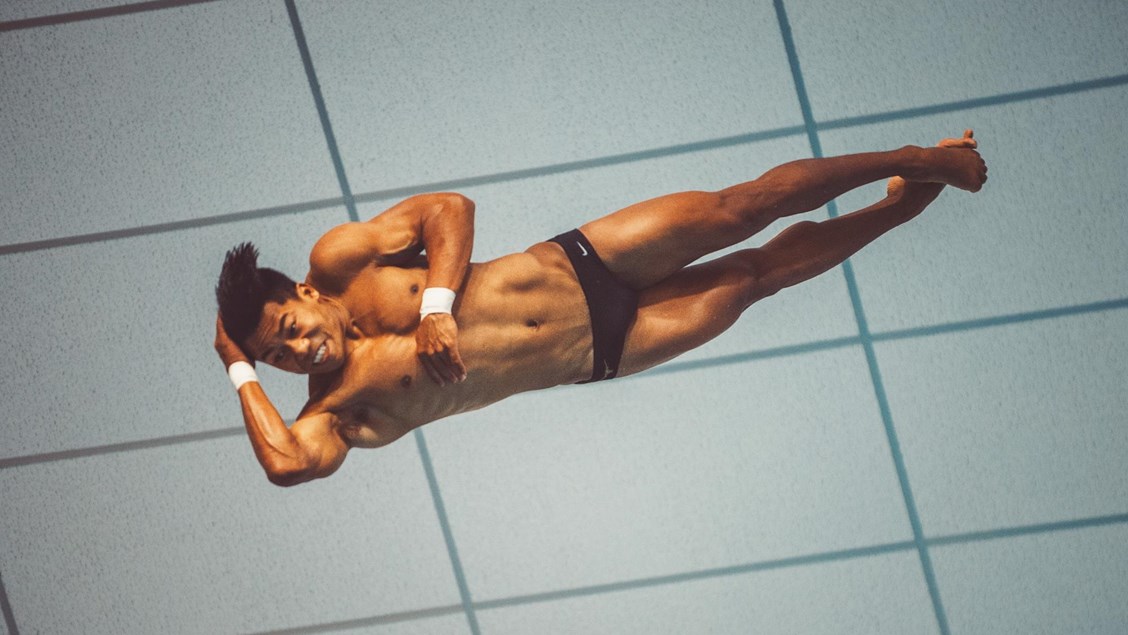 Paola Pineda and Jordan Windle, both of Texas, earned their second event victories of the three-day meet on Saturday. Current photo via Texas Sports

AUSTIN, Texas — University of Texas senior All-American Jordan Windle and junior Paola Pineda swept the platform titles to highlight Saturday’s final day of action in the UT Diving Invitational at the Lee and Joe Jamail Texas Swimming Center. Both Windle and Pineda captured their second wins of the three-day event, as each also won the 3-meter springboard titles.

In a tightly-contested men’s platform final between Windle and LSU star Juan Hernandez, it was Hernandez who held the lead (158.40-131.25) after the first two rounds. Windle posted an eye-opening score of 96.53 on his third dive, a back 3 ½ somersault tuck (207c), which included one of the two judges awarding a perfect 10 score (the second judge scored the dive as 9.5). That result helped Windle climb within three points of Hernandez (230.48-227.78).