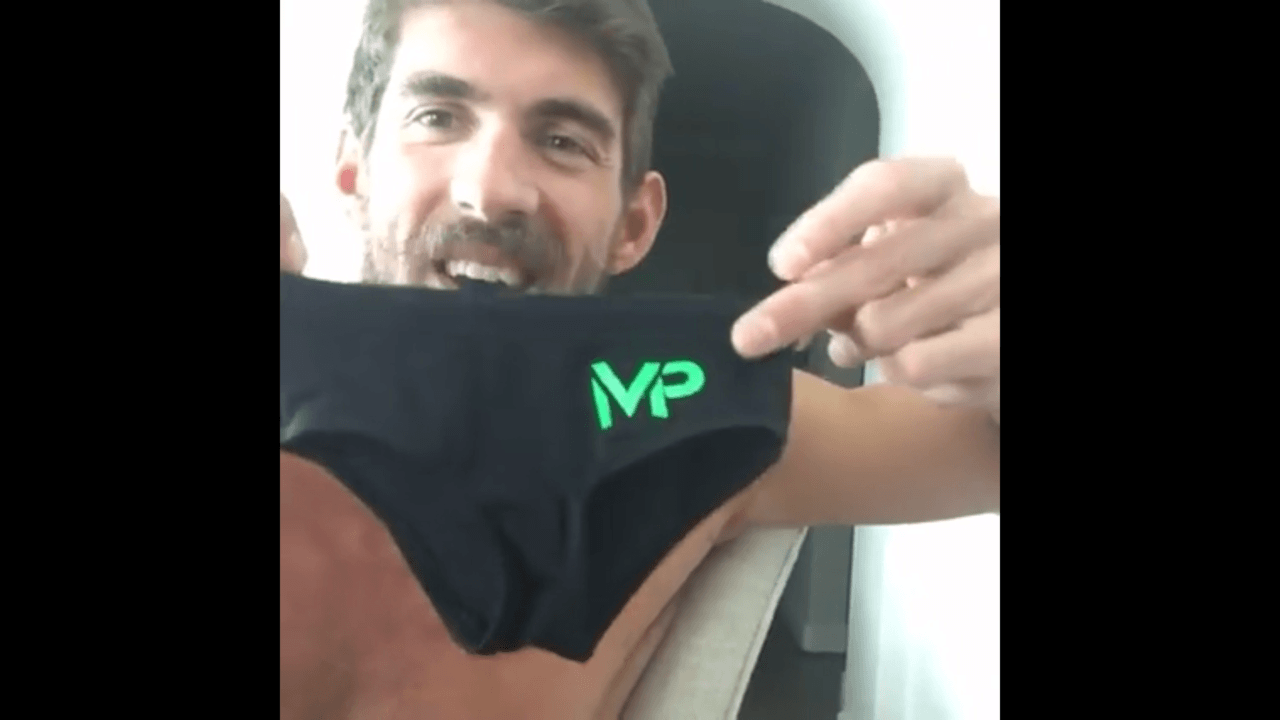 The most decorated Olympian of all time, Michael Phelps, can’t help but smile throughout his latest Facebook Live post, where the swimmer describes life with newborn baby Boomer Robert Phelps. Although not making an appearance within the video, Boomer is the main subject of the online conversation, with Phelps describing his time with the baby so far as ‘unbelievable’ and as ‘the best experience of his life’.

Weighing in at 6 lbs, 12 oz and measuring at 19.5 inches long, Boomer arrived 3 weeks early, with Phelps describing his son as having a full head of dark hair and blue eyes (at the moment).

As a possible nod to his son’s swimming future, Phelps said his son’s flexible movements give indications he may be double-jointed, complete with big feet and long fingers. Although, Phelps states that Boomer’s decision to swim will be left entirely up the kiddo himself.

While answering viewers questions, we find out that, yes, the plan is still for his mother, Debbie Phelps, fiancée Nicole Johnson and baby Boomer to attend the Olympics in Rio should Phelps make his 5th Games appearance.

Phelps also addresses how the couple came up with the name Boomer Robert, explaining simply that he and Nicole thought the name ‘Boomer’ was ‘different and cool.’ But, Robert does hold special significance as both the name of Phelps’ long-time coach Bob Bowman, as well as Phelps’ great grandmother whose name was Roberta.

I’m sure they’ll meet on the USA team camp before the olympics!

Bet there will be a lot of pressure on Boomer..

They say a happy swimmer is a FAST swimmer, and since I’ve never seen MP happier I hope soon I’ll also be able to say I’ve never seen him faster! 🙂
Congratulations, Michael and Nicole!

Don’t forget all his world champ medals.. Probably hanging in her closet

“Baby Boomer”…that’s a really cool name! Congrats to Nicol and you. Hope mom and Boomer are resting well. I wish you guys all the best. Hope you’re able to stay sharp & focused for trials and Rio.

Maybe he’ll be a Sooner some day!!

If you are looking for a future swimmer or for above average to good lung capacity then it is advisable to stay in the womb for as close to full term as possible.. Kids stay in there where it is warm , food on tap & do your breathing exercises!

Hey Michael,
Congrats on the new son…I am a baby boomer, literally. I consider u my namesake since I’m the older of us. Been trying 2 meet u since I met your cousin @ Enterprise Rental in Maryland a few years back…came all the way to the Super Bowl that year. Well??? No contact. I won the bet that you would make Brazil for the last hurrah. After that, you got your hands full for the next 18yrs. Be well.