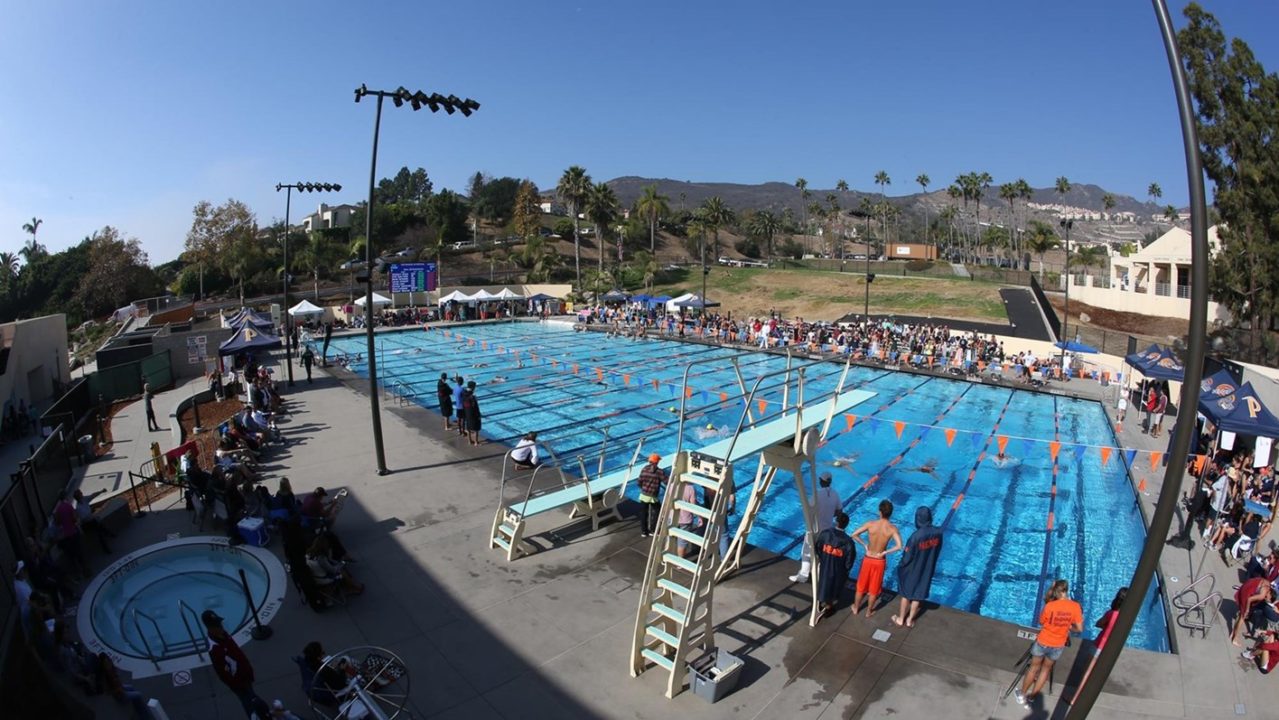 MALIBU, California – Ellie Monobe and the Pepperdine women’s swim and dive program, the defending Pacific Collegiate Swim Conference champions, have announced their 2022-23 recruiting class, which will arrive in Malibu in the fall.

“I am very excited to welcome our class of 2022,” Monobe said. “With an already strong returning group, I believe these women will not only enhance the level of swimming and diving we have achieved, but take our program to new heights over the years.”

The class includes 14 total newcomers — 10 swimmers and four divers from seven different states — all of whom will help the Waves defend their PCSC title next season.

Below is an overview of Pepperdine’s new recruits:

Was an honorable mention All-American in the 400 freestyle relay as a junior … Jeffco 5A League Champions in 2021 and runner-up in 2022 … Team captain as a senior … Swam club for the Clearwater Aquatic Team from ages 7-10 and for the University of Denver Hilltoppers from 2019-22 … Was on the gold medal team her final season and on the silver medal team her first three years … Was part of a military homecoming surprise, where the video of her dad pretending to be a Tampa Bay Rays catcher as she threw out the first pitch has garnered over a million views on YouTube.

Adams says: “I chose Pepperdine because of the way students and staff treat each other like family. Everyone had positive and welcoming attitudes and genuinely loved where they were.”

Easton says: “I chose Pepperdine for the rigorous academic curriculum, strong core values, small class sizes and the opportunity to compete at the Division I level.”

Ranks in the top 10 in school history in three events … North Coast Section and CIF Scholar Athlete Award as a freshman … Competed on the club circuit with Orinda Aquatics (2013-22) … Was a relay swimmer at Junior Nationals in 2018 … Mother, Ruth, swam at Colorado State … Aunt, Kelly, played softball at Arizona State.

Fok says: “I chose to attend Pepperdine for its strong swim and dive team, dedicated coaches, academic programs and location.”

Was an All-San Joaquin/Foothill Valley Conference performer as a freshman and senior … Sophomore and junior seasons affected by COVID … Team MVP, Swimmer of the Year and Teammate of the Year as a freshman … Holds three school records … Helped team to a league championship and appearance in the section finals … Swam club for the Sierra Marlins Swim Team and was a sectional qualifier in five events … Qualified for the age group zone team (SNS Age Group National Team).

Haymart says: “Besides the gorgeous location, Pepperdine never had me questioning whether or not it would be a school that felt like home. Whether it was the connection between the team, the coaches that made me feel as someone more than just an athlete or being able to explore more of my own faith, I never doubted this is where I wanted to be.”

Dove for the Clayton Diving Alliance club team for three years and won a regional championship in 2022 … Was on the Principal’s Honor Roll for all four years of high school … Received the Hendrix College Book Award in 2021 … Transitioned from competitive gymnastics to diving in 2018.

Langheim says: “I chose Pepperdine because of the inclusivity I felt the moment I stepped on campus. The community has a special feeling that makes me feel welcomed and accepted.”

McLeay says: “I chose Pepperdine because it had everything and more of what I was looking for in a school. I was very impressed by the stellar academics. The small class sizes mean that your professors know you and genuinely care for you, which is something that I truly value. Also, the opportunity to get to compete on a team of all women with energetic, young female coaches who have shown lots of success was something I wanted to be a part of. The team was so welcoming and supportive when I met them, and I felt I would fit well into the ‘family’ they have created. Additionally, as a Midwesterner, the Malibu weather is a big plus for me!”

Four-time Pinnacle High School MVP as a diver … Earned a top-five finish at the Arizona State Championships as a senior … Graduated in the top 1% of her class … Was an AP Scholar with distinction … Competed on the club circuit with the Phoenix Dive Club from 2017-22 … Father, George, played soccer at Wake Forest.

Pisaruk says: “I chose Pepperdine due to the incredible location and amazing opportunities offered to me through a smaller school with more individualized and hands-on learning. I also fell in love with the team and atmosphere that Ellie, Kristyn and Monique have created.”

Ryan says: “I chose Pepperdine for the great academics and campus environment. After meeting the team and coaches and seeing the resources available to students, it was a huge draw. I know I will be motivated to grow as a Christian, student, athlete and person.”

Sunahara says: “I chose Pepperdine because of the high-class academics and how its values revolve around encouraging students to challenge themselves while being collaborative with one another. The beauty of the campus shows through the students and attending a faith-based university gives me the opportunity to make great connections.”

Four-time 5A Oregon State Champion in the 100 backstroke … Also won a state championship in the 200 IM … Team won the 2022 OSAA 5A girls swim state championship … Holds school records in both 100 backstroke and 200 IM … Swam club on TEAM Eugene Aquatics for the last 10 years and was a junior national qualifier in the 100 back in 2021 … Holds 10 club team records … Mother, Brooke, golfed at Oregon … Grandfather, Larry, played football at Idaho State and grandfather, Pete, golfed at Portland State.

Taylor says: “I chose Pepperdine because of the great academics, the friendliness of the people on and off campus, the location and of course the swim team. As soon as I met the girls along with Coach Ellie and Coach Kristyn I knew Pepperdine was the place for me.”

Dove club for the Mission Viejo Nadadores from 2020-22 … Grandfather, John, played basketball at UCLA and went on to play in the NBA for the Atlanta Hawks and Houston Rockets, as well as in Germany for the Belgium Lions … Father, Eric, played volleyball at UCLA and uncle, Eric, played water polo at UCLA … Formerly competed as a gymnast.

Vallely says: “I chose to attend Pepperdine because of the beautiful campus, strong community and the amazing academics.”

Earned four varsity letters in high school … Was an Academic All-State first team honoree as a junior and senior … Team placed third at the 5A Colorado State Championships as a senior … Swam club for the Denver Swim Academy (2018-22) and Colorado Stars (2013-18) … Denver Swim Academy advanced to sectionals this past year … Father, Bob, played baseball at John Carroll University in Ohio … Has a second-degree black belt in Tae Kwon Do.

Wiley says: “I chose to attend Pepperdine to continue to achieve my goals in and out of the water while experiencing a faith-based education.”

Wong says: “After months of going through the whole recruiting process and talking to various schools, Pepperdine was always one of the highest on my list. After my official visit, I knew that Pepperdine was the school for me.”

Swam four years of varsity at Archbishop Mitty … Helped team to a pair of second-place conference finishes and third-place finishes in the CIF Central Coast Section as a freshman and senior … Principal’s Honor Roll member for all four years of high school … Swam club with the Campbell Waves, Santa Clara Swim Club and the Pacific Swimming All-Star Team … Was a sectionals qualifier and took first place at the Western Zones for the Pacific Swimming All-Star Team in 2015 and 2017 … Swam for the Santa Clara Swim Club National Team from 2019-22 where the team placed second at the California/Nevada sectionals in 2019.

Yeh says: “I chose to attend Pepperdine because of its beautiful campus and location, its great sports medicine program and the opportunity to swim with an amazing group of girls.”

Are all their allowable 14 scholarship spots fully funded?

Not even close. I imagine they package academic with a little athletic money to help with the high costs.