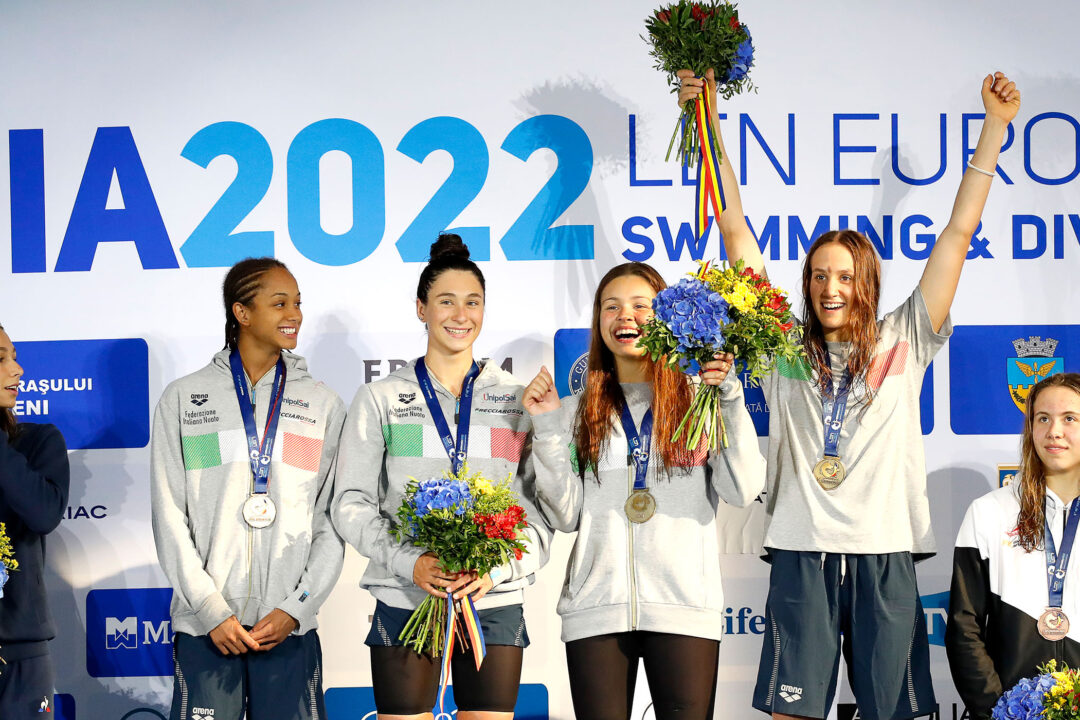 We saw just three finals tonight in Bucharest, with the girls’ 400m IM as the sole individual event. The nation of Spain snared the first gold medal of these European Junior Championships, with Emma Carrasco Cadens getting it done in a time of 4:46.39.

The other two medal-contending events were the girls’ and boys’ 4x100m freestyle relays where Italy and Romania took the respective top spots.

For the girls, the nation of Italy was entirely off the podium at the 2021 edition of these championships, yet a 54.80 anchor by 16-year-old Matilde Biagotti helped seal the deal this time around to render France the silver medalists by just over half a second.

Romania’s David Popovici, the reigning senior world champion in the 100m and 200m freestyle events, fired off an opening split of 47.54 to stake his nation’s claim on the gold in the boys’ 400m free relay. His time was .02 quicker than the 47.56 the 17-year-old led off with last year, with Romania snagging silver at the 2021 edition.

As Italy ultimately bagged the most medals on the night, with the aforementioned relay gold in addition to the boys’ relay bronze, they rest atop the overall swimming medal after day 1 has concluded.

That’s what you gleaned from the article?

I am a journalist and communications expert….I notice things like that! I was trying to understand what the story meant before I opened it…