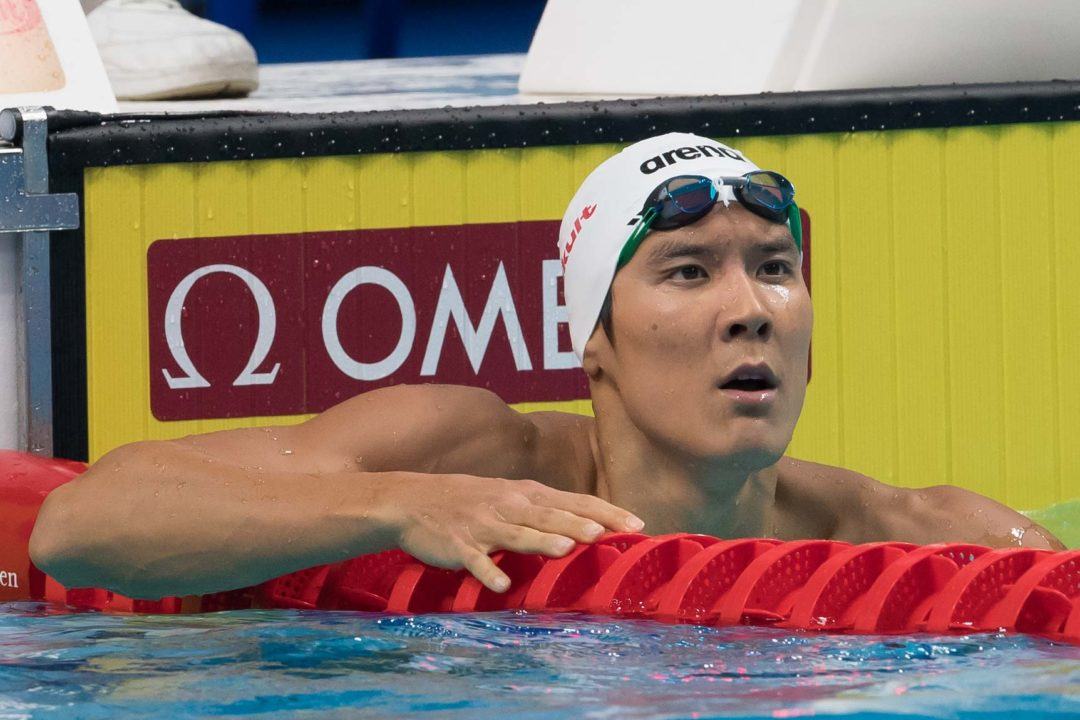 Multi-Olympic medalist Park Tae Hwan of Korea will be competing in his homeland this week, aiming to make his 4th Asian Games squad. Archive photo via Mike Lewis/Ola Vista Photography

28-year-old Olympic champion Park Tae Hwan has returned to his native Korea from his training base of Australia in order to compete at the Korean Nationals. Kicking off on Friday, April 28th, the meet serves as the selection competition for the Asian Games slated for Jakarta, Indonesia this upcoming August.

Park, who won 400m freestyle gold at the 2008 Olympics in Beijing, is set to race the 100m, 200m, 400m and 1500m freestyle before returning to Australia. He traveled the same path when coming home for the National Sports Festival of Korea last October, a competition in which Park earned 5 gold medals.

The athlete told The Business Standard that he just began gearing back up his training over the last 2 months and is not quite yet back to peak form.

“Since I got a late start, I should work that much harder for the Asian Games,” he told reporters at Incheon International Airport. “I am not getting any younger, and I’ve been trying hard to improve my conditioning and stamina. I’d like to prove that I am still a competitive swimmer this year.”

The Asian Games bring mixed memories for the multi-Olympic medalist, as Park was stripped of all of his 2014 hardware after having failed a doping test. A drawn out legal battle ensued with Park ultimately pleading his no-fault case to the Court Arbitration of Sport, which ruled in his favor, thus allowing the swimmer to compete at the 2016 Olympic Games.

Park, along with countrymate An Se Hyeon, was named as an official honorary ambassador for the 2019 FINA World Championships headed to Gwangju, South Korea on July 12th – 28th.