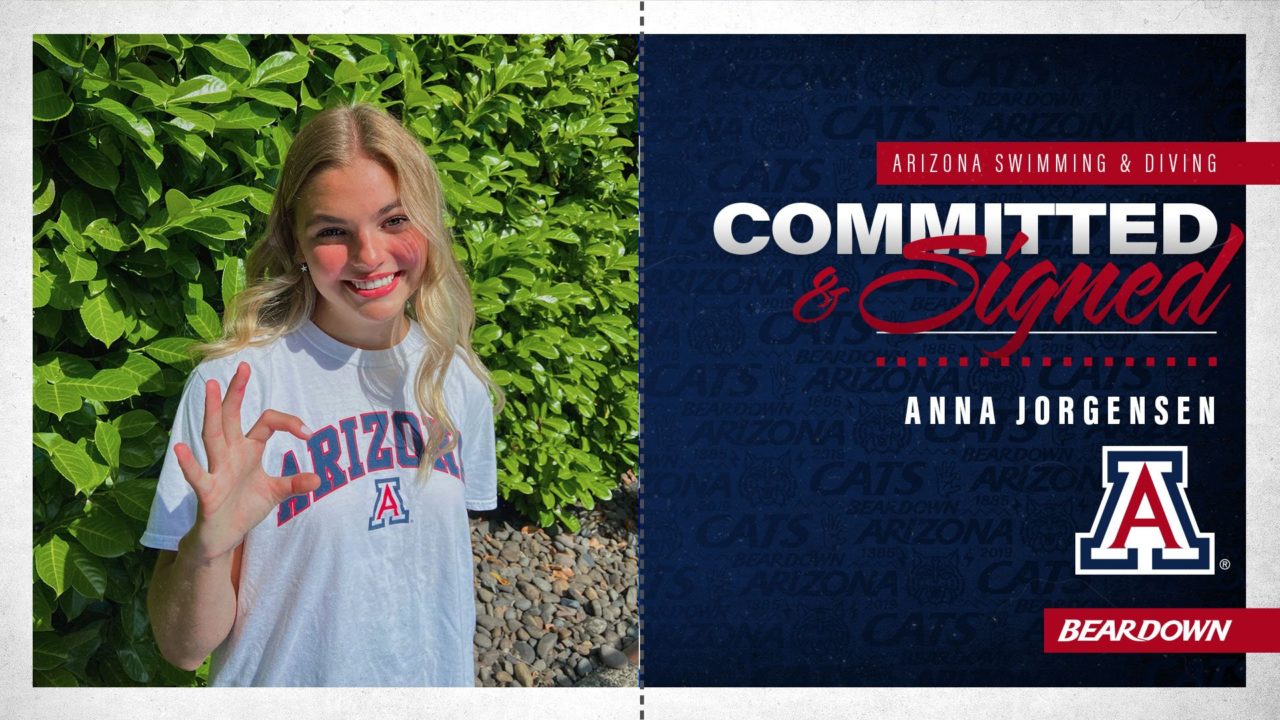 Anna Jorgensen will follow her father, Olympic gold medalist Dan Jorgensen (USC), into the Pac-12 when she begins at Arizona. Current photo via @ArizonaSwimDive on Twitter

Anna Jorgensen from Beaverton, Oregon will swim for the University of Arizona in the class of 2024. Jorgensen is a recent graduate of Southridge High School. She swims year-round with Multnomah Athletic Club.

While Anna Jorgensen concentrates on the shorter end of the freestyle spectrum, her father Dan Jorgensen was known for his prowess from the 200 free on up. He won a gold medal as part of the 4×200 free relay at 1988 Olympic Games in Seoul and a bronze with the 4×200 free relay at the 1992 Olympic Games in Barcelona. He also earned bronze medals in the 400 free, 1500 free, and 4×200 free at 1986 World Championships in Madrid and a silver medal on the 4×2 (with Mel Stewart) at the 1991 World Championships in Perth. Anna’s uncle, Lars Jorgensen, is the head coach at University of Kentucky. He swam at Tennessee and represented the United States with his brother at the 1988 Seoul Olympics, where he competed in the 1500 free.

Anna will follow her father (who swam at USC) into the Pac-12. She will join the Wildcats with Amalie Mortensen, Grace Anderson, Julia Heimstead, Maddy Burt, and Tia Lindsay in the class of 2024.