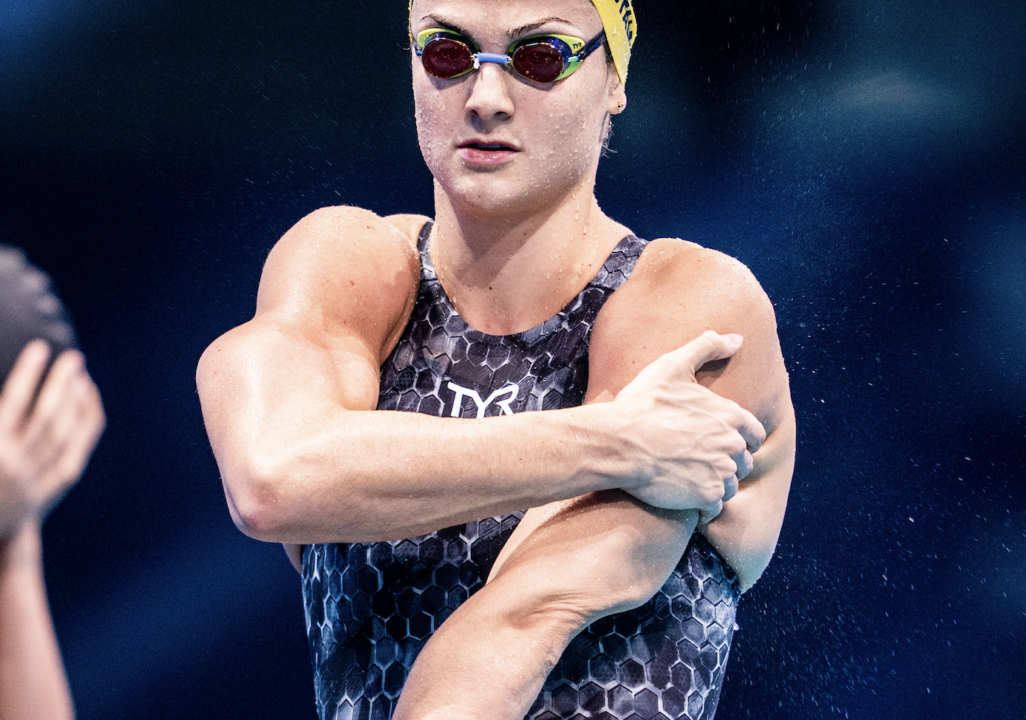 French racer Beryl Gastaldello has been nothing short of incredible as a member of the LA Current across the first portion of ISL season 2. Current photo via Mine Kasapoglu for ISL

French racer Beryl Gastaldello has been nothing short of incredible as a member of the LA Current across the first portion of ISL season 2. Across the sprint freestyle and butterfly events, she is one of the best in the league, as evidenced by her performance tonight in the women’s 100m free.

Topping the field in a big-time 51.30, Gastaldello’s time held off a charging teenager in London Roar’s Freya Anderson en route to grabbing 12 critical points for LA Current. In doing so Gastaldello’s time checks-in as not only a new lifetime best for her stacked resume but also as a new French national record.

Splitting 24.64/26.66, Gastaldello’s time of 51.30 here in Budapest overtakes Marie Wattel’s French national record of 51.45 she logged in December of 2019. Splits for Wattel’s swim from those French Championships included 24.82/26.63, showing how Gastaldello kicked off her swim with a little more speed on the front end.

Wattel will get it back soon once she is rested

They are all rested , just swimming & in their little rooms & a daiky walk. This iu s a manager’s dream , not having them out clubbing etc.

Freya Anderson most impressive and easily best back half, she is one to watch.

Yeah WHAT IS UP with that picture?!?!

its a pic of motion. her arms dont look like that otherwise haha