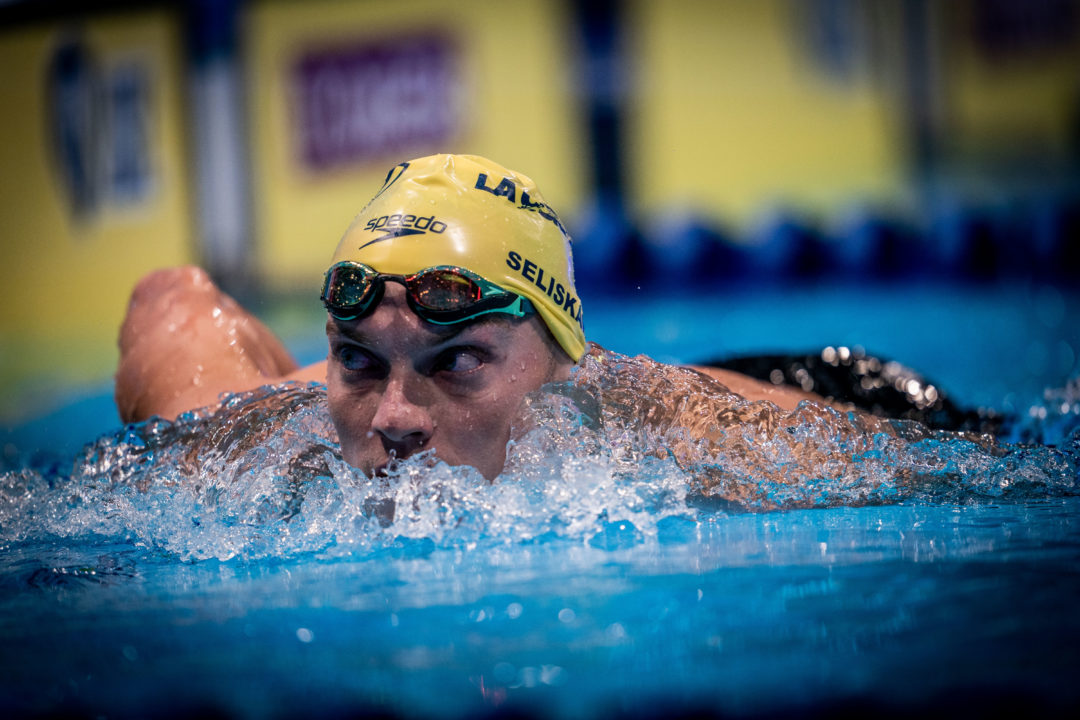 LA Current swimmer Andrew Seliskar is absent from Match #5 of the 2020 ISL season because of what the team is calling a "stomach bug." Archive photo via Mine Kasapoglu/ISL

LA Current swimmer Andrew Seliskar is one of 3 members of the team that have missed the team’s 3rd match of the 2020 International Swimming League season with what the team is calling a “stomach bug.”

Current general manager Lenny Krayzelburg declined to confirm on-the-record to SwimSwam on the record when asked about Seliskar’s absence on Friday, but on Saturday’s telecast, Rowdy Gaines confirmed that he had spoken with Krayzelburg, who told him that a ‘stomach bug’ has hit his team.

Sources tell SwimSwam that several teams, including the London Roar and DC Trident, have been struck with gastrointestinal problems within the ISL bubble. That includes World Record holder Adam Peaty. It is not believed that the issues are related to the coronavirus.

The Current currently sit in 2nd place in their 3rd match of the 2020 season. Seliskar has 1 race win under his belt already this season, topping the 200 IM in Match #1 of the season before finishing 2nd in that same event in Match #3.

In his absence, the Current used Tomoe Hvas and Josh Prenot in that event, who placed 5th and 6th, respectively. Seliskar alone probably would not have been enough to fully close the pre-skins gap to London, but it would have put Current within striking distance, and pushed them ahead of Tokyo for 2nd place.

Hope he gets well soon!

There was mention on the coverage today that peaty’s had a bit of it too. Hopefully it’s not hitting a lot of the swimmers.

Yes, another reminder of importance of hygiene and how much harder when not at home.