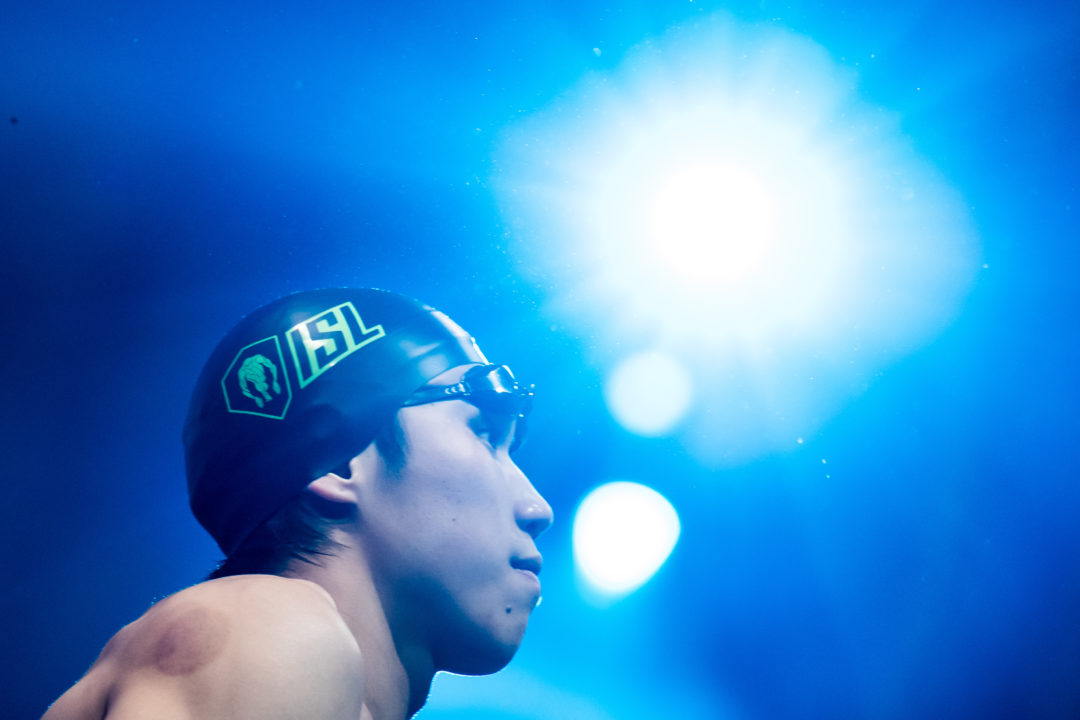 Representing the Tokyo Frog Kings, Matsumoto crushed the only sub-1:42 time of the field, in fact, the only sub-1:42 time for a Japanese man ever, stopping the clock in a stellar 1:41.77. That held off fellow World Championships medalist in the LCM 200 free Duncan Scott of London Roar. Scott touched less than half a second behind in 1:42.02.

Splits for Matsumoto’s big-time effort here included 49.03 on the way out followed by 52.74 to wind up on top with 1:41.77, giving the Frog Kings a much-needed 10 points. The man’s outing here also checks-in as the top time in the ISL for season 2.

As for his national record, Matsumoto’s sub-1:42 here overtakes his own national standard of 1:42.10, a mark he produced just a couple of weeks ago at the Japan Short Course Championships.