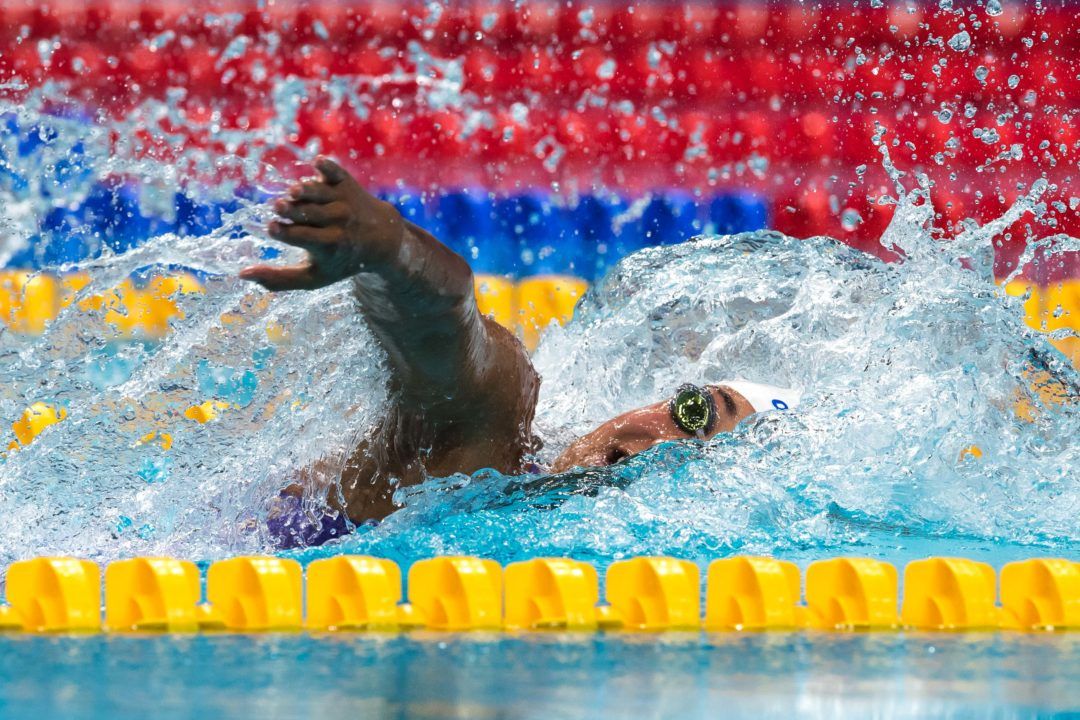 Andi Murez has broken at least her 3rd Israel National Record of the 2020 ISL season which has seen her have a late-career breakthrough in short course. Archive photo via Mike Lewis/Ola Vista Photography

American-born and Israeli-representing freestyler Andi Murez has broken another National Record swimming on day 2 of Match 5 of the 2020 International Swimming League season.

She swam a 1:53.58 to win the women’s 200 free on Saturday, which takes more than a second off her best time in the event, which was also the previous National Record. Her old best time, and national record, swim was a 1:54.67 done at the 2017 World Cup stop in Eindhoven, Netherlands.

Murez, whose times progression had flat-lined for a few years coming into 2020, has exploded in season 2 of the ISL. Joining a deep LA Current sprint group that includes Beryl Gastaldello and Abbey Weitzeil, Murez made her ISL debut in 2020 after being on the Current roster last season but never racing.

While this is her first individual win, she has twice broken the 100 free Israeli Record. After a 51.69 on a relay-start-split in the women’s 400 free relay on Friday, which is her fastest split of the season by more than 2-tenths, she was lined up for a breakthrough in this race.

An incredible swim, looks very promising for Tokyo.
She also swam 51.3 in the relay!