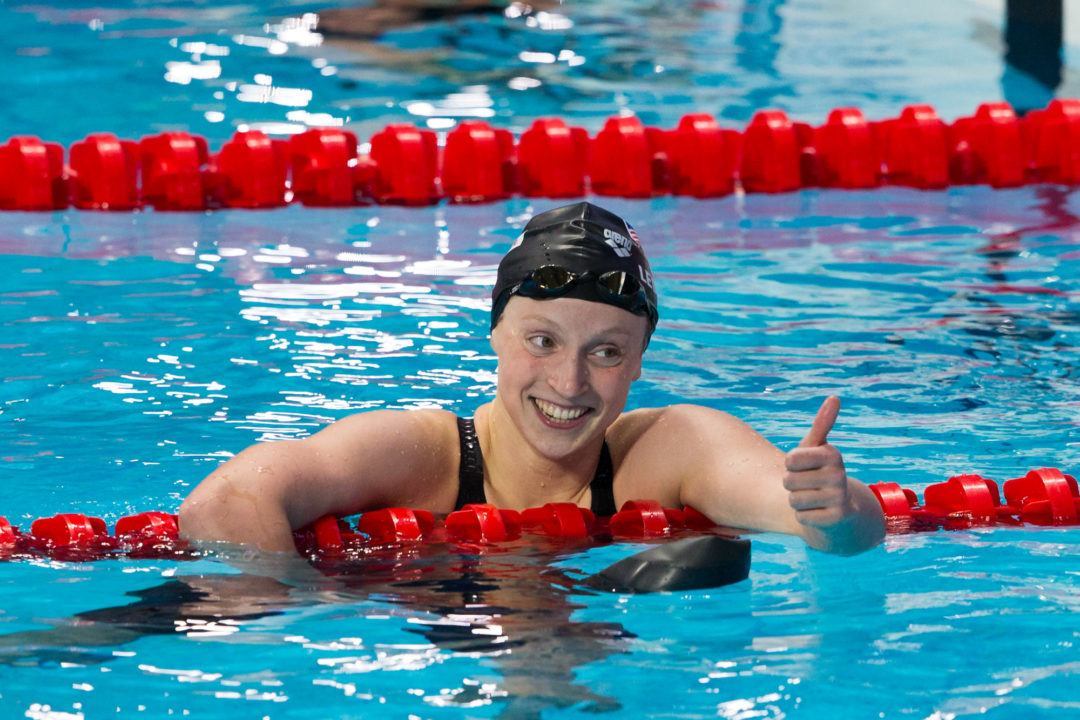 Katie Ledecky is expected to dominate in the 400 Freestyle at Olympic Trials this summer. Archive photo via Tim Binning/TheSwimPictures.com

Katie Ledecky is the clear favorite in a strong field of 400 freestylers at the 2016 US Olympic Trials. Ledecky missed qualifying for the Olympic team in the 400 in 2012, but she comes in this year a full six seconds ahead of the rest of the field at Trials. Her time of 3:58.37 is the current world record, a record she set at the 2014 Pan Pac Championships to break Federica Pellegrini’s previous mark. Though her seed time is from 2014, Ledecky has made significant time drops in all of her other events over the past two years and should easily swim to a win in the 400 freestyle at Olympic Trials. Ledecky could cruise to a win at Trials and earn a spot in the event in Rio, but don’t count out a serious time drop for Ledecky as she dominates in Omaha. 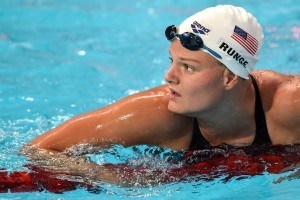 North Baltimore’s Cierra Runge and Leah Smith of the University of Virginia come in with 4:04’s behind Ledecky and will battle for the second spot on the Olympic team. NCAA rivals in 2014, the two took very different Olympic preparation paths in 2015.

Runge took the year off from college swimming to train for the Olympics with Bob Bowman and the elite squad at Arizona State. Runge posted her best time at Nationals in 2014 and has been a bit off that ever since, including a 9th place finish at World Championships in 2015. After a year of training with Bowman, Runge will make a push for spot on the Olympic team in the 400 freestyle. 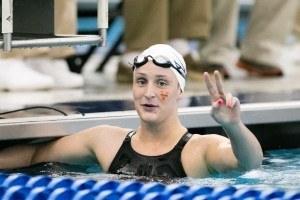 Smith, meanwhile, returned to Virginia for the college season, smashing NCAA records in both the 1650 and 500 yard freestyles. In long course, Smith has been pushing the limits of her best time from 2015, a quick 4:04.66. Most recently, she was 4:04.74 at the Arena Pro Meet in January. Smith is on a roll from her wins at NCAAs in March and has shown that she can easily translate her short course speed into long course success.

Training with Runge in Tempe, Allison Schmitt will pressure the top seeds in the 400 Freestyle at Trials, but her best event is more likely the 200 Freestyle where she won Olympic gold in 2012. Her top 400 time of 4:06.88 comes from 2015 Winter Nationals, but she is still relatively far off from the times Smith has been posting lately, making Schmitt more of a long shot for a spot on the Olympic team in the 400. North Baltimore teammate Becca Mann is one of many in the field with a 4:07. Mann continues to show her strength as one of the top distance swimmers in the country, but her best shot at competing in the Olympics comes in the 800 Freestyle. 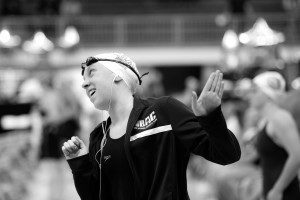 Also seeded with 4:07’s posted last summer are Lindsay Vrooman and Sierra Schmidt. Vrooman finished first at 2015 Phillips 66 Nationals in the 400 Freestyle and posted her best time of 4:07.16 at FINA World Cup in August 2015. Vrooman will likely finish in the top 8 at Trials, but she will need to make some significant time drops to compete with the likes of Ledecky, Runge, and Smith. North Baltimore’s Schmidt is making noise on the international swimming scene lately, winning the 800 Freestyle at the 2015 Pan American games. Schmidt is stronger in the 800, but her 400 time of 4:07.47 posted at 2015 FINA Junior World Championships puts her in the mix for a top 8 finish.

Experienced Olympian Elizabeth Beisel is another swimmer in the mix of 4:07’s in the 400 Freestyle at Trials this summer. Her best shot will likely be in other events like the 200 back or 400 IM, but the versatile Beisel is impressive enough in her forays into distance freestyle that she could contend for a finals spot if she chooses to enter the event. Georgia’s Hali Flickinger and Mission Viejo’s Stephanie Peacock round out the field of 4:07’s. Unless either makes a significant drop, they will likely not content for a spot on the Olympic team in the 400 Freestyle, but both have been successful in the distance free events, especially over the past year. Peacock put up her best time relatively recently at the Arena Pro Swim Series Austin meet in January and could realistically see another impressive swim at Trials.

Rounding out the field is Trojan Swim Club’s Haley Anderson, who already qualified for the 2016 US Olympic Team in the Open Water 10k with a 9th place finish at 2015 World Championships. Anderson has a better shot of finishing in the finals of the 800, but don’t count her out of finals in the shorter distance event.

Dark horse: York YMCA’s Courtney Harnish is a national team member in the 400 freestyle and has made significant time drops every summer for the past three years. Harnish dropped from a 4:14 in 2013 to a 4:12 in 2014 and finally all the way down to a 4:08 in 2015. If this trend continues, Harnish will certainly challenge the top competitors for a spot in the top 8 at Olympic Trials.

Two medals for the USA here? what do you guys think.

Absolutely! One of them gold of course.

The silver and the bronze are free. Absolutely 🙂

The only events I don’t think the US will medal in is 100 free and possibly 50 free, but I hope Kennedy and Manuel make it and drop some time. 24.2 could medal and that is a possibility.

While it is not impossible for them to drop to 24,2 I find impossible that being medal time both c sister sjostrom ranomi maybe halsall would need to swim bad for 24,2 be a medal time. I would not be surprised if top 3 is 24 flat or lower

I said I hope they drop time, I didn’t say they would go 24.2, but I hope they can get close to getting a medal at least.

50 and 100 free are difficult. It seems that Australia and Europe will be on the podium.

I think the 200 breast will also be difficult for the US to win a medal, even though Lawrence has consistently done well at the big meets.

I think Lilly King will be on the podium!

Will the silver be slower than Janet Evans 1988?

I doubt it. There have been several 4:03s in the last year. Brittany MacLean, Jaz Carlin, Ashwood, v. Rouwendaal, and just recently Kapas. The US women aside from KL may have shot to medal but they’ll likely have to drop a bit of time this summer.

I’m cheering for Sierra Schmidt because her pre-race routine is closest to that of Michelle Jenneke. A charismatic crowd favorite!

Adorable! Whatever gets you PUMPED UP!

If she and the other girls cut their hair they’d be faster and not in need of gimmicks to get “pumped up”.

Vote Up1-19Vote Down Reply
HI THERE

thats why they wear caps…

BTW, I think Schmitt will be ready she could challenge Smith.