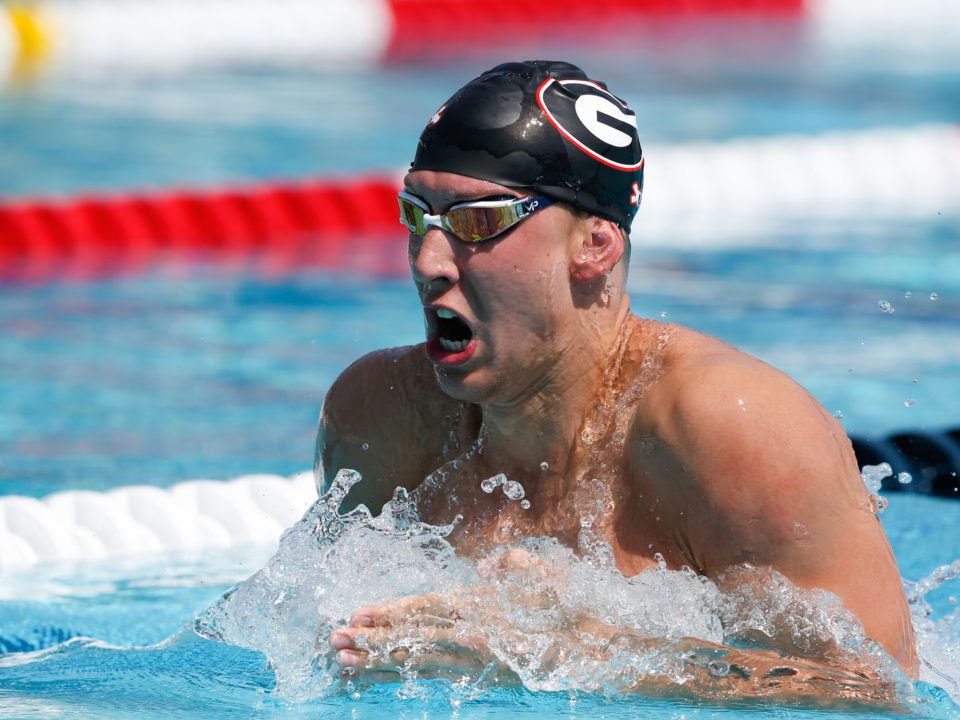 Kalisz was scheduled to swim 5 events this weekend in Greensboro. Archive photo via Tim Binning/TheSwimPictures.com 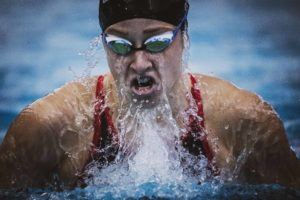 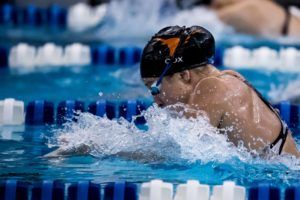 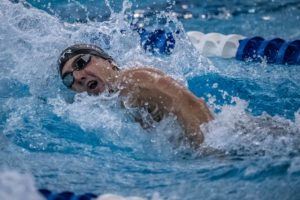 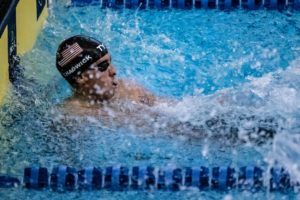 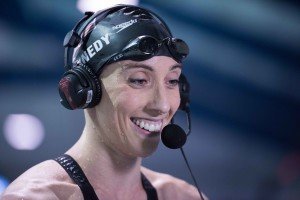 Olympic silver medalist Chase Kalisz has scratched out of the 2018 Winter National Championships.

Kalisz won the 200 IM and 400 IM at last year’s Winter Nationals, which was held in yards. This year, the meet serves as the first major domestic long course racing opportunity for Americans of the new season.

He’s one of 2 high-seeded swimmers who were absent from the latest version of the psych sheets. Also scratching are 17-year old Will Grant from Heart of Texas Aquatics, who was seeded 4th in the 200 back (1:59.95) and 9th in the 100 back (55.02). On balance, added to the psych sheets is US National Teamer Emily Escobedo. She is now seeded 3rd in the 200 breaststroke and 8th in the 100 breaststroke.

The meet is starting tomorrow. It will be the last LCM meet for American swimmers this season. I personally would like to read the preview of what is going to happen there and what to watch than read about achievements of swimmers who not going to be there.

Yozhik, I don’t expect you to get this since I don’t think you are American, but the long course season ended in August. It’s yards season. This meet is weird. The American metric system is weird.

I don’t know what it means to be an American nowadays. The people of this country are so divided practically on any issue. I hope there is still something that makes them a nation. Maybe to be an American means to be a person like you who can “get this” that nobody else in the world can. Well, that is why I like swimswam forum: one can meet people of all kind including a real Americans like you.
But you are right the language that my dear mother taught me (mother tongue) and my first words were not an American English. Any reason why he pulled out?

spend more time with his bulldog?

Floyd is the goat

Have you seen his breaststroke? pull out game is strong

No babies yet either!