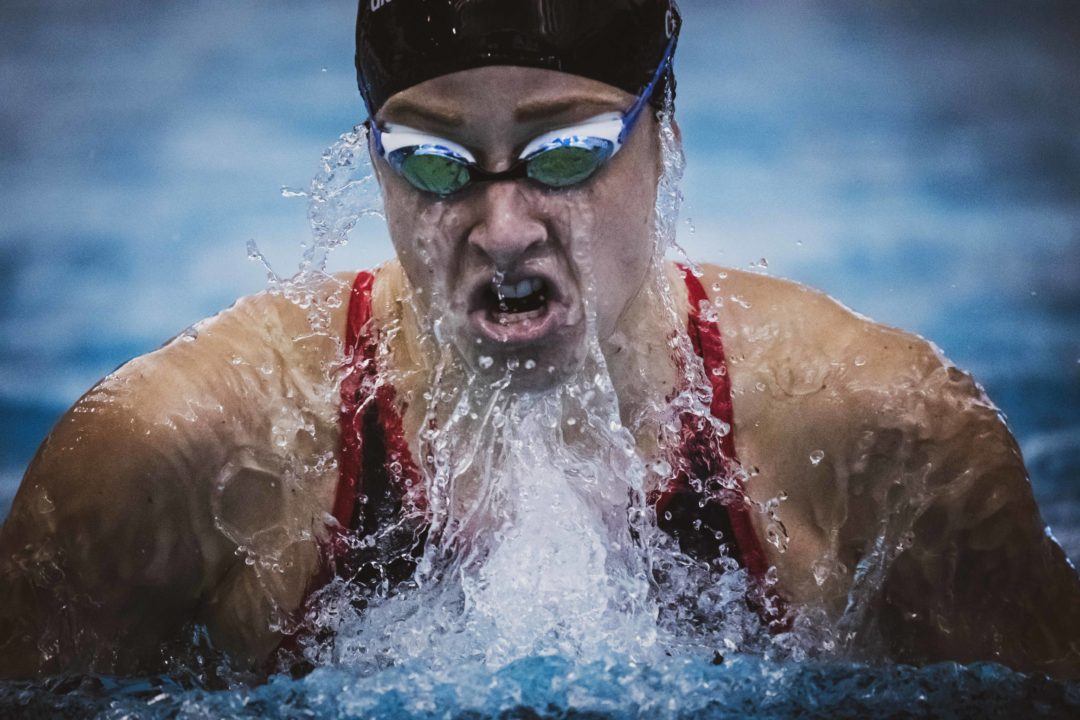 In August, the Court of Arbitration of Sport (CAS) agreed to reduce Cox's suspension to six months, meaning she has been clear to compete since September. Current photo via Mike Lewis/Ola Vista Photography

Madisyn Cox has had a turbulent 2018. Cox, who represents Longhorn Aquatics, picked up two individual victories at the 2018 U.S. Winter Nationals in Greensboro, North Carolina last weekend, and added two more top-six finishes to her resume to boot. In March, however, a failed doping test nearly cost Cox the opportunity to race at this competition, as well as every competition between March 3rd, 2018, the date of her last race prior the drug test, and March 2nd, 2020.

In August, the Court of Arbitration of Sport (CAS) agreed to reduce Cox’s suspension to six months, meaning she has been clear to compete since September. Furthermore, the multivitamin that Cox blamed for her positive doping test for the banned substance Trimetazidine has since been pulled by the manufacturer.