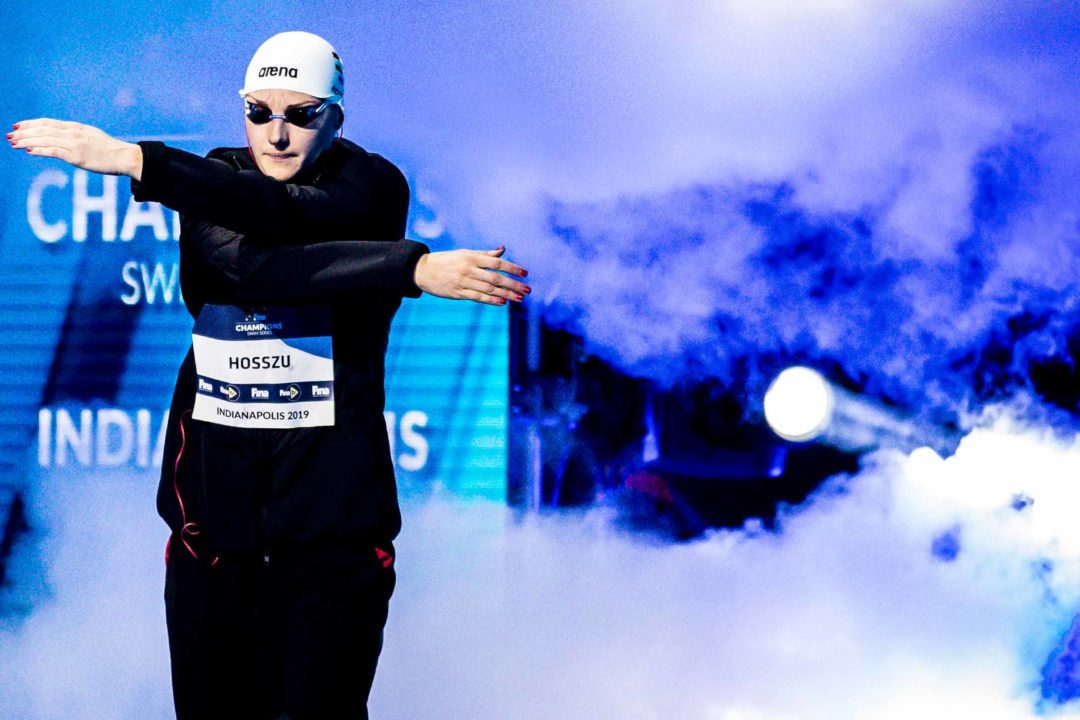 Katinka Hosszu has dropped the 100 backstroke at the World Championships after she didn't show for her preliminary heat on day two. Archive photo via Jack Spitser/Spitser Photography

Hungarian Katinka Hosszu was a no-show this morning in the preliminaries of the women’s 100 backstroke, dropping the event from her schedule to leave her with just four individual events for the competition.

Hosszu was the 2016 Olympic champion in the event, setting the Hungarian National Record in a time of 58.45.

At the last two World Championships in Kazan and Budapest, the now 30-year-old qualified first and second overall respectively out of the heats before scratching the semis (in what are her #2 and #3 swims ever, 58.78 and 58.80).

This year she had been as fast as 59.58 which tied her for 10th in the world coming into this meet.

Louise Hansson of Sweden also didn’t show for her heat in the event.

Actually, a pretty smart move considering the rest of her program.

I hope Shane has booked some bench time with his tattooist

My goodness those are some heinous tattoos. Also didn’t show a lot of faith in her resetting those records…

Her schedule is very demanding, and this is a competitive event, but it’s still crazy to think that she has barely contested this event after winning the Olympic title.

That was a one-off. She was in the right place at the right time. Too much competition prior to 2016 and too much now. She’s become good at backstroke but there have been quite a few better in the last 5 years.