Sprinter Morgan Scott Transfers Out of Indiana, Heads to Alabama 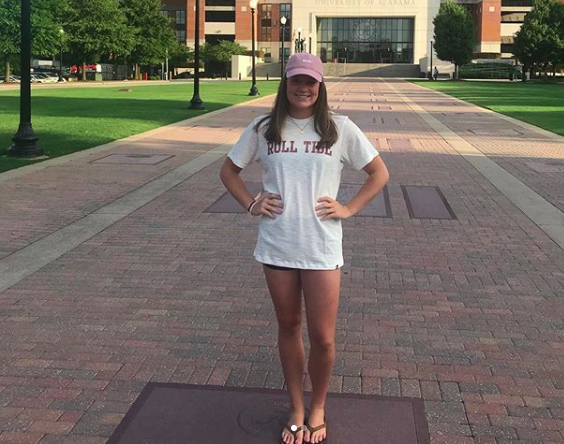 Scott, a 24.1/51.9 backstroker, comes in with a 100 back time faster than the Alabama program record. She's the second IU to Alabama transfer this year. Current photo via Morgan Scott

Sprint freestyler and backstroker Morgan Scott announced today that she will be transferring to the University of Alabama after one season with Indiana University. Scott entered the NCAA transfer portal at the end of April, saying that she was “keeping her options open.”

I am thrilled to announce my verbal commitment to the University of Alabama! I want to thank my family and friends who have been so supportive of this process. I can’t wait to continue my academic and swimming career in bama territory 🐘❤️ #rolltide

While she had slight improvements in the sprint free, Scott really took off as a backstroker in her one season with the Hoosiers. Indiana had a question mark as to who would take over the graduated Ali Rockett’s medley relay leg, and Scott would wind up stepping up to the plate, dropping 1.39 seconds in the 50 back and 1.97 seconds in the 100 back in her freshman season. She was a huge part of IU’s post-season campaign; she led off IU’s medley relays at B1Gs and NCAAs, helping them to conference titles at B1Gs and top four finishes in both relays at NCAAs.

Scott was expected to announce her program choice soon, as she entered the NCAA transfer portal in May, one day after IU sprint coach Coley Stickels was tabbed to take over the University of Alabama program. She joins rising sophomore Julia Wolf in the transfer to Alabama this summer from Bloomington– Wolf had trained at Canyons Aquatics Club (where American record-holder Abbey Weitzeil and 2019 SEC runner-up Nikol Popov, among others, trained before college) with Stickels before both headed to the Hoosier program. Wolf announced her transfer to Alabama in June.

Scott would’ve been a high-impact addition to the Crimson Tide with her high school bests, and her improvements at IU make her all the more valuable. Her 100 back time is faster than the Alabama school record, while her 100 free and 200 free bests aren’t far from program records, either. She would’ve made the 100 back and 200 free A final at 2019 SECs, as well as the 100 free B final. Had she been at Alabama last year at SECs, with her bests, she would’ve had the potential impact to improve the 200 medley by a few tenths, the 400 medley by a few tenths, the 800 free relay by roughly four seconds, and the 400 free relay by about a second.

While the Alabama men have been a consistent sprint powerhouse of late, Scott and Wolf’s switch to Tuscaloosa under Stickels signifies a surge to come on the women’s side.

Makes total sense, if Coley was her coach and she had those kind of improvements in year 1.

Indiana surges ahead of N.C. State!