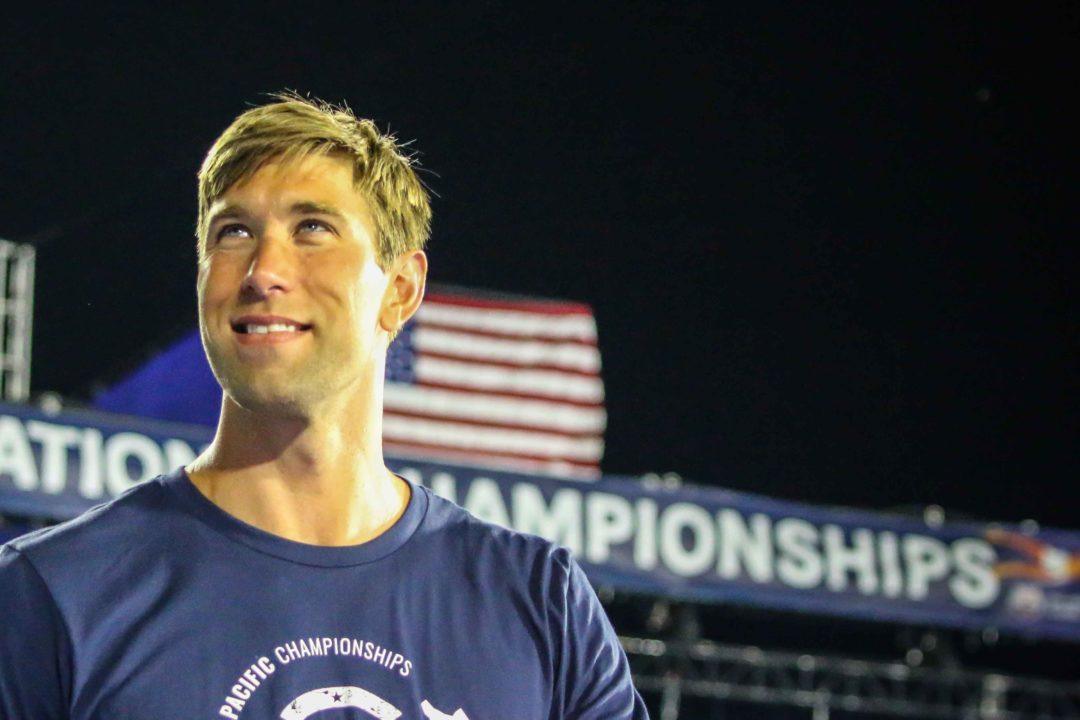 4-time Olympic gold medalist Matt Grevers is among the scratches on the day before the start of the 2019 PSS at Knoxville. Archive photo via Jack Spitser/Spitser Photography

When the original psych sheets for the 2019 Pro Swim Series opener in Knoxville were released, it appeared as though the series had ‘weathered the storm’ of changing venues to smaller cities with smaller airports and fewer direct flights.

While the meets still include a number of stars and superstars (including the 2018 Swammy Award winner for Female Athlete of the Year Katie Ledecky), it took a blow in terms of depth with a number of big name swimmers, including Olympic Champions, dropping the meet in a new version of the psych sheets released on Tuesday.

Agree with the timing and money. The location is great even though people refer to Knoxville as “KnoxPATCH”. Knoxville is a great community. Hopefully the locals will support this great event!

I suppose it is better to scratch than to no show on the blocks.

Grevers was in san Antonio over the weekend putting in some family time. Look for him to take more rest before the LCM season starts getting going.
Wonder with the odd stops for pro series how will spring sectionals be affected.
Rise in participation?

Not that bad I expected worse when I saw the headline

Damn I was excited to see Cody race

He wouldn’t have done that well since he has injuries, then he would’ve just complained about it in his vlogs.

He does not complain in his vlogs at all . if i was you , i would spend more time having a look at the comment section of his vlogs & u will discover that many young swimmers are inspired by his honest sharings . U may not like him but sorry mate , he is loved by many out there for his amazing inspiring Vlogs . Tip : being against him wont make u a better person in and out of the pool .

I can have my own opinion about him.