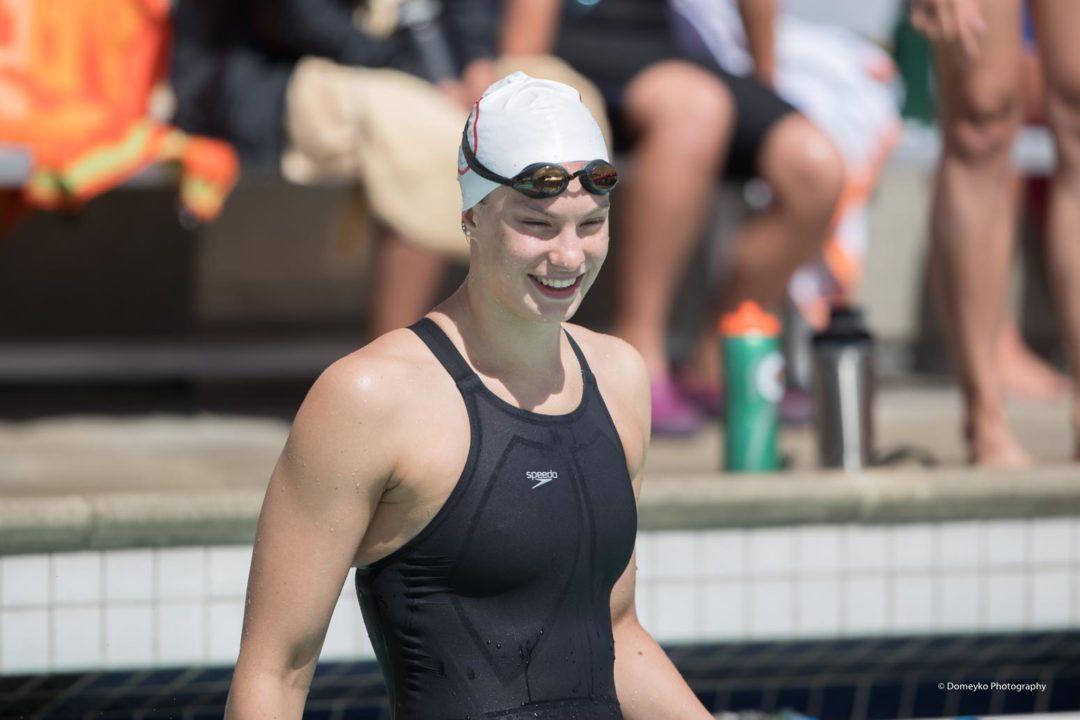 Olympic champion Penny Oleksiak has now gotten into the record-breaking mix in Sheffield, firing off a new Canadian National Record in the women's 50m fly. Archive photo via “Rafael/Domeyko Photography”

After establishing herself as the top seed in Sheffield ahead of 50m freestyle winner Anna Hopkin in 26.03, 18-year-old Oleksiak threw down even more heat in tonight’s final. The HPC Ontario athlete busted out a winning effort of 25.20 to scorch the field and keep Hopkin at bay by well over half a second. Hopkin finished in 25.94, a new personal best and her first time under 26 in the race.

For Oleksiak, her outing tonight overtakes the newly-minted NR set by teammate Haley Black in the semi-finals of the Short Course World Championships. Black touched in 25.43 in the semi’s to get her name on the record books, but fell to 25.75 for 7th ultimately in the final. Oleksiak’s 25.20 would have finished 5th in Hangzhou.

Strong swim. Why swim in England and not at Worlds? Just curious…wouldve loved to see England and full Canada/Aussie squads in Hangzhou.

probably a friendly agreement between the two nations concerning the brit nationals and canada’s OJI (Ontario Junior International). juniors come to canada to race and boost the competition quality a bit and the seniors go to britain.

don’t forget it’s rare to have an international calibre meet in December and dropping all plans to compete there can put a minor wrench in a quad plan.

Things brings hope for both her wellbeing and as a serious contender in the years to come.