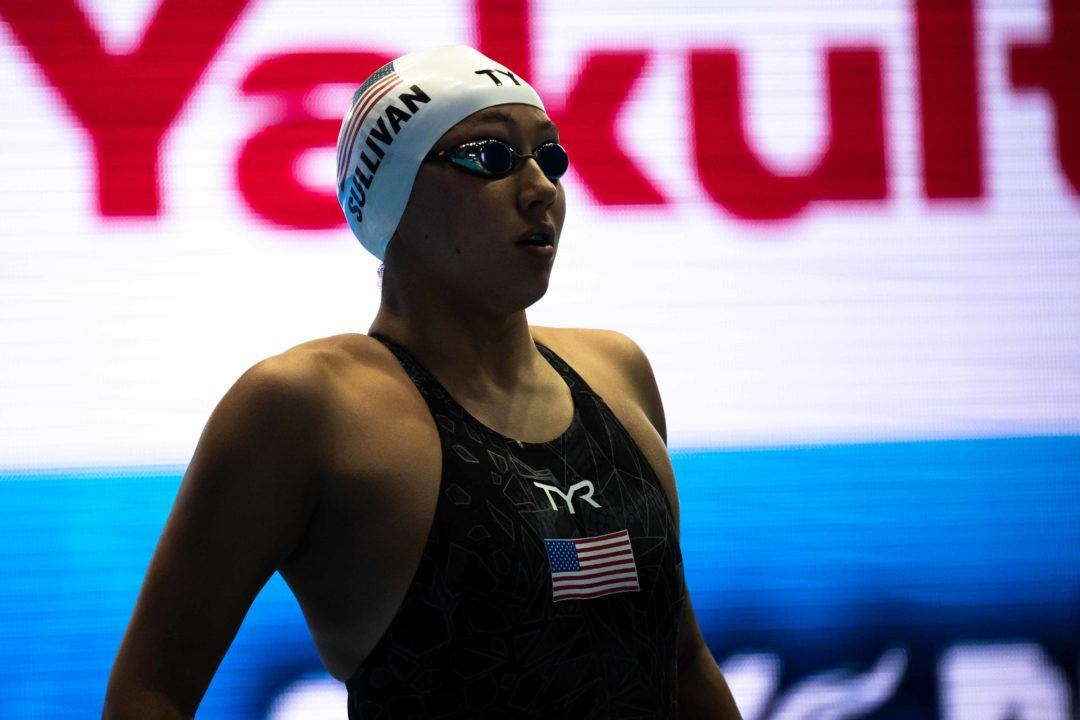 Over the first two days of the 2018 King Marlin Swim Club Pro-Am, Erica Sullivan made headlines by going personal best times in the 1000 freestyle and the 200 freestyle. She continued her streak Saturday, going a best in the 500 free at 4:37.95; her previous best in the event came over a year ago at the 2017 Winter National Championships.

Sullivan, who won the 500 free by more than 14 seconds over second-place finisher Chloe Freeman, is expected to join USC after sitting out the fall semester.

Former Arizona Wildcat Giles Smith also won a pair of races with victories in the 50 free and 50 butterfly. Smith set a new personal best in the 50 fly with a 20.97. His previous best in the event was 21.05, swum over three years ago. Smith also won the 50 free in 20.29. 16-year-old Benjamin Hines placed second to Smith with a 20.58, a new personal best time for him by .05 seconds.