Northwestern 200 Medley Relay Breaks One Heck of a School Record 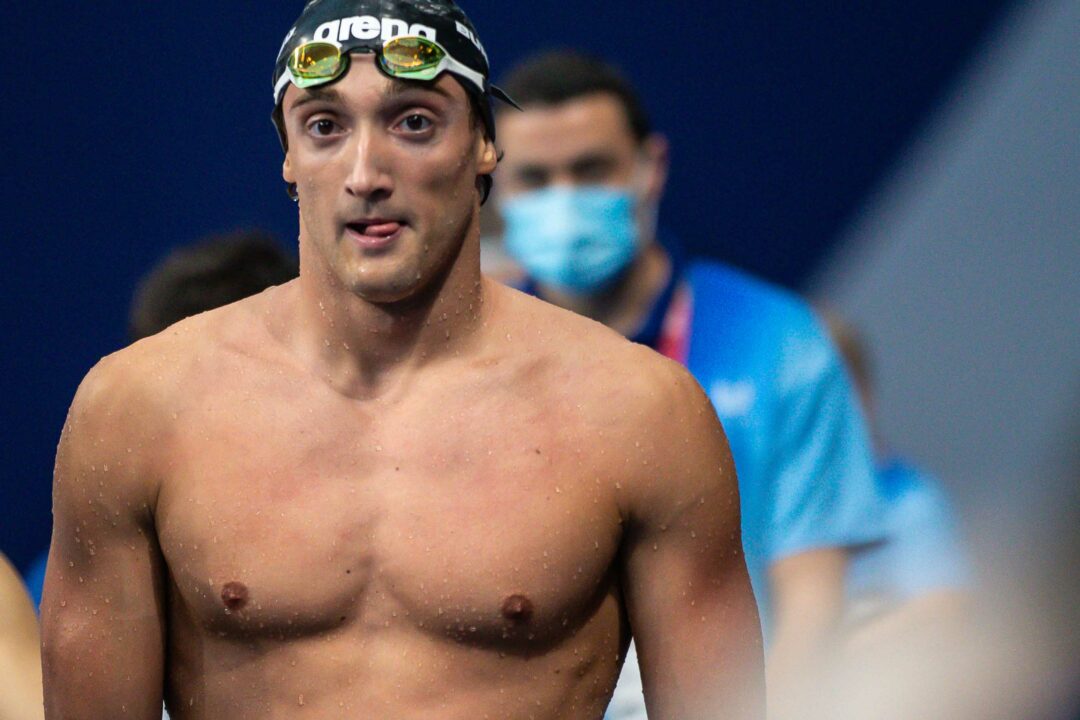 The Northwestern Wildcats are on an upswing under 2nd year head coach Katie Robinson, and are starting to land top-30 caliber recruits on both the women’s and men’s sides.

The Wildcats seized on that momentum to break a school record in the 200 medley over the weekend.

There were a lot of school records set during this weekend’s opening salvo of the major collegiate invites (we saw all of your Tweets and Instagram posts), but in the case of this record by Northwestern, it holds a more significant status in American swimming lore.

The previous record of 1:25.14 was set by a Northwestern relay in 2007 that was one of the legendary collegiate groupings. The relay of Matt Grevers, Mike Alexandrov, Kyle Bubolz, and Bruno Barbic swam the time at the 2007 big Ten Championships, and then matched it again in prelims at the NCAA Championships. They were actually disqualified in the NCAA Championship final that year, so they didn’t get their 3rd shot, as an Auburn relay anchored by Cesar Cielo went on to break the NCAA Record.

The Northwestern men won the 400 medley relay title at that same meet.

Fast forward to Friday, and a new group of Northwestern stars emerged. Martos Bacarizo, Kevin Houseman, Federica Burdisso, and Andrew Zhang combined for a 1:24.68. That not only won the race, ahead of the defending NCAA Champion Louisville Cardinals no less, but took a half-second bite out of the previous Northwestern school record.

In Northwestern athletics history, that group of swimmers is about as prestigious and legendary as it gets. Grevers is a 6-time Olympic medalist, including an individual gold in the 100 back in London 2012. Alexandrov is a two-time Olympian and two-time World Champion. Bubolz was a 12-time Big Ten Champion and 19-time All-American. Barbic was one place away from a European Championship medal for his native Croatia. All four swimmers are in the school’s athletics hall of fame.

At the 2000 Big Ten Championships, the Wildcats finished in 9th place. They improved from there, peaking in Grevers and Alexandrovs’ freshman season, 2003-2004, with a 3rd-place finish at Big Tens. That was their best finish at the Big Ten Championships in 70 years. After Bubolz graduated in 2008, they slipped back to 8th, then 10th, then 9th, and have been lingering at the bottom of the Big Ten ever since – until recently.

That 400 medley relay in 2007 and Grevers’ 200 back that season were the school’s first NCAA Championships in swimming since the 1950s.

“We have such respect for that legendary Northwestern team and breaking their record comes with great honor,” Robinson said. “It’s a sign we are on the right track. Many of our alumni from that era have been excited to see the team taking strides to return to that level of competitiveness. This relay is just the start.”

The pattern is emerging again, but this time Olympic medalist Federico Burdisso is maybe the role of Grevers. The Wildcats were 9th at the 2019 Big Ten Championships, climbed to 5th in 2020, and even without Burdisso held on to 6th at the 2021 championships.

Robinson, the Northwestern head coach, says that the team has been focused on relays this season.

“We have put a lot of emphasis on being strong in our relays this year so while the record was a surprise in the moment for that specific relay, it comes as no surprise knowing the intensity and speed those men possess,” Robinson reflected after the record-breaking performance.

The headliner of the relay is Italian-born Federico Burdisso, who took an Olympic bronze medal over the summer in the 200 fly. The rising star is Kevin Houseman, whose 51.33 in the individual 100 breast is the #2 time in the nation this season, and broke Alexandrov’s individual school record.

The unsung hero is the Spaniard Manuel Martos Bacarizo, whose 21.80 leadoff is faster than Grevers was the first time the Wildcats swam 1:25.14, and the anchor, appropriately, is Andrew Zhang, who was an electric nine-tenths better on the relay than he was in the individual event final.

Not only is that a relay with potential to climb the NCAA ladder if they hit an “A” cut (1:24.68 would have placed 21st last year), but it’s a relay with a story and a narrative to sell to recruits, especially because it gives Robinson and her staff the chance to remind recruits that you can be an Olympic medalist at Northwestern – something that has happened in 7 different decades.

When asked about the next goals for the group, Robinson was optimistic.

“With that specific relay there is still room for growth. Not all of them posted their best splits and we are not fully rested. That speed they showed in the relay is just the power of that group of men when they come together.”

A new generation of miracles

B10 third place men’s and second place women’s. You heard it first here…

This would be a more impressive hot take if you put your actual name on it, so that we can come back and revisit it later after the meets happen.

Thanks for the story Braden and congratulations to the new record holders and coach Katie Robinson. Good luck to all at the 2022 BIG TENS and NCAA’s.

Also, tomorrow Monday November 22 will be the 100th Anniversary of the CSCAA which was formed on November 22nd 1922 and is the oldest Collegiate Coaches Organization in the country.

Anyone else realize that’s still very far off the 1:24.19 it took to score 16th at NCAA last year?

But hey good for them I guess, finally beating a time from the dinosaur age of 2007….(especially for a team that swims faster suited duals than they do at the end of the year)

If you don’t have anything nice to say…

nice job of presenting this, Braden. good to get a reading on the Wildcats.

back on top! Actually Burdisso won two medals at the Olympics, the second right at the Mix Medley
Go ‘Cats

Building a nice squad in Evanston.