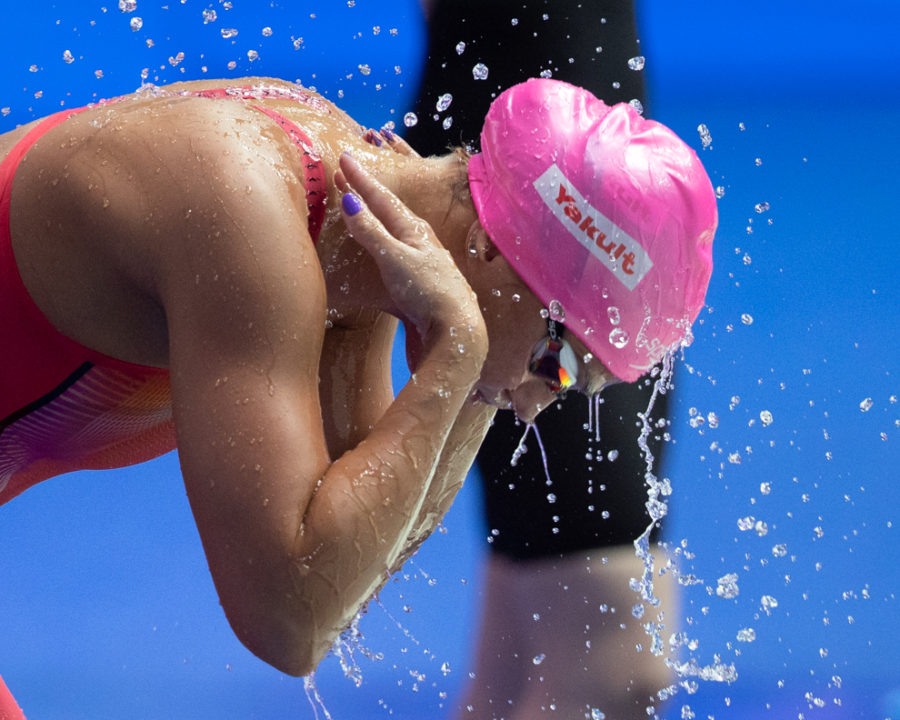 The 2021 Russian SC Championships wrapped up today with one additional qualification time being met for next month's Short Course World Championships. Archive photo via “Rafael/Domeyko Photography”

Multi-Olympic medalist Yuliya Efimova got it done for gold tonight in the women’s2 00m breaststroke, producing a time of 2:18.06. Splitting 1:06.89/1:11.17, 29-year-old Efimova handily defeated the field, with the next closest swimmer represented by Vitalina Simonova who touched well over a second later in 2:19.77.

Efimova, who owns the national record in this event with the 2:15.62 she put up in 2016, dipped under the Russian qualification standard of 2:19.68 needed for the aforementioned Short Course World Championships in Abu Dhabi.

Sergey Fesikov nailed the only sub-47 second time of the field in the men’s 100m freestyle, following up his 100m IM victory from yesterday with a time of 46.95 in this sprint tonight.

Svetlana Chimrova came within striking distance of her national record in the women’s 100m fly, taking gold in 56.74. She owns Russia’s standard in the 56.39 she logged 4 years ago.

If you are going to hack Yulia’s thread it needs to be more controversial or at least interesting .