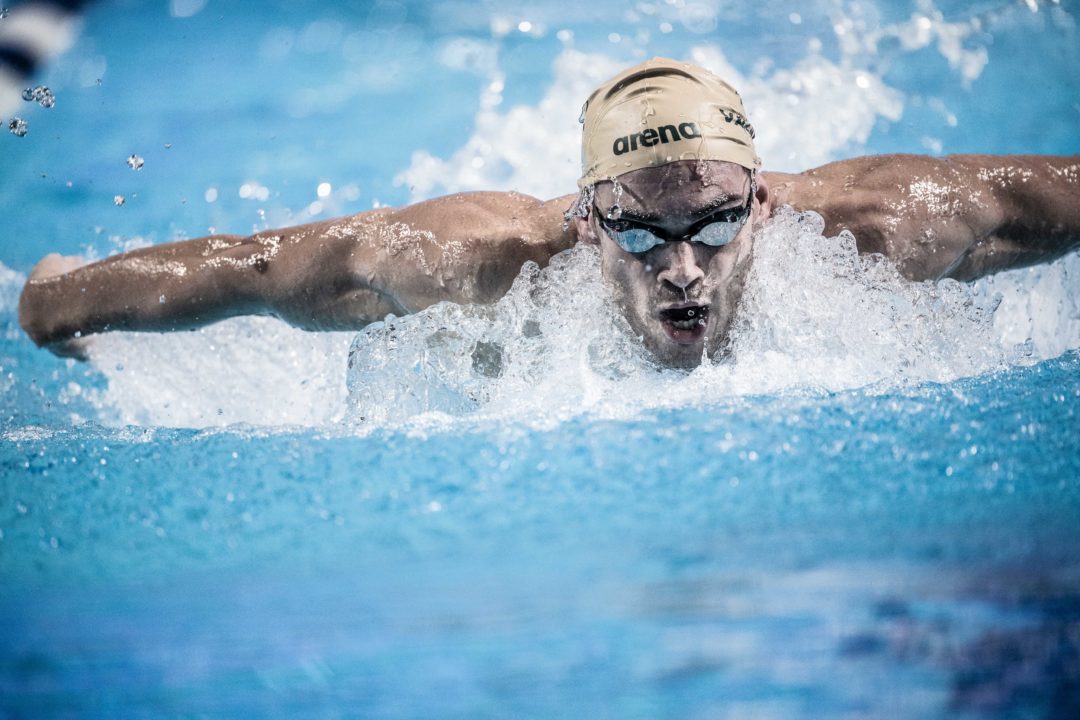 27-year-old Greek Olympian Andreas Vazaios put on a show on night 3 of these British Universities & Colleges (BUCS) Short Course Championships. Representing his graduate school of Loughborough, Vazaios reaped decisive victories across the men’s 100m free, 50m fly and 100m back, knocking down his nation’s record in one of the three events.

Kicking off his night, former NC State Wolfpack member Vazaios hit a time of 46.67 to take the men’s 100m free by over a second. Splitting 22.92/23.75, Vazaios put up the fastest time of his career, overtaking the 49.56 he put on the books two years ago.

In doing so, Vazaios nearly broke the Greek national record, missing the mark by only .01. The Greek standard remains at 46.66, a time Apostolos Christou fired off at this year’s European Short Course Championships.

Next on Vazaios’ plate here in Sheffield was the men’s 50m fly, with the man putting up the fastest time of his career in this race as well. Touching in 22.83, Vazaios got under the 23-second threshold for the first time ever.

He wound up destroying not only his own previous PB of 23.17 from last year but also striking down the previous national record of 23.13 Kristian Gkolomeev put on the books during ISL season 2 in 2020.

Finally, Vazaios took on the individual 100m back, posting a mark of 50.70 to top the podium once more for Loughborough. He again logged a new career-quickest result, with his mark here overtaking his previous best-ever performance of 51.06 from this past August. He creeps ever so closely to the Greek national record of 49.87 Christou just established this month.

Go CookieMonster!
Proud of you – always