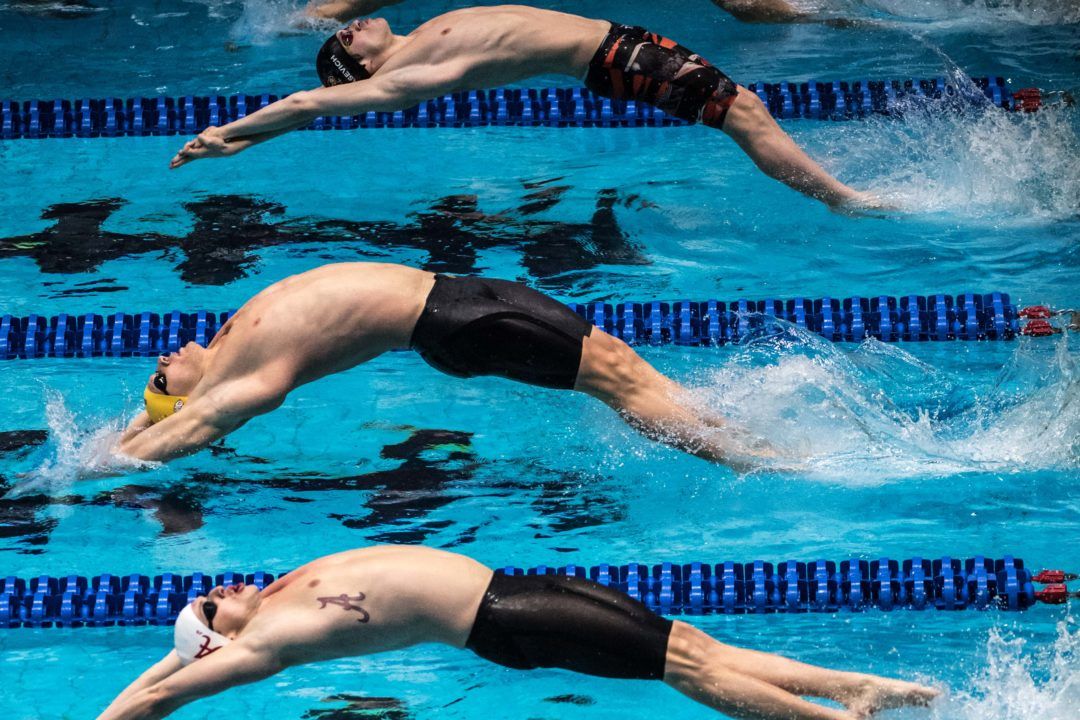 Among the winners was Pavel Samusenko who took the men’s 100m backstroke, posting a swift 49.33 to grab the gold. Opening in 23.72 and closing in 25.61, 20-year-old Samusenko beat out Nikita Ulyanov and Egor Dolomanov who claimed silver and bronze in respective efforts of 50.66 and 51.40.

For Samusenko, the man logged a time under the Russian qualifying mark of 49.99 needed for the Short Course World Championships in Abu Dhabi. The time also checked in as a new lifetime best, dipping under the 49.92 he put up in Kazan for 4th place at this year’s European Short Course Championships.

Samusenko’s effort tonight checks him in as just outside the list of the 15 fastest performers in history. Within his home nation of Russia, this 49.33 result here renders him as the 6th fastest man of all time.

In the absence of Kirill Prigoda, who was originally entered in these Championships, the men’s 100m breaststroke saw Aleksandr Zhigalov get the job done for gold tonight. Touching in 57.38, Zhigalov led a foursome of sub-58 second swimmers, with Kirill Strelnikov, Andrey Nikolaev and Ivan Gozhakin also getting under that threshold.

Unfortunately for the swimmers, however, a minimum time of 56.60 was needed to qualify for Abu Dhabi in this event.

In semi-final action, yesterday’s 200m fly winner Aleksandr Kharlanov leads the pack in the 100m fly, posting 50.65 as the man to beat. Chasing him closely are Daniil Antipov and Roman Shevlyakov who also got under 51 in time of 50.79 and 50.84, respectively