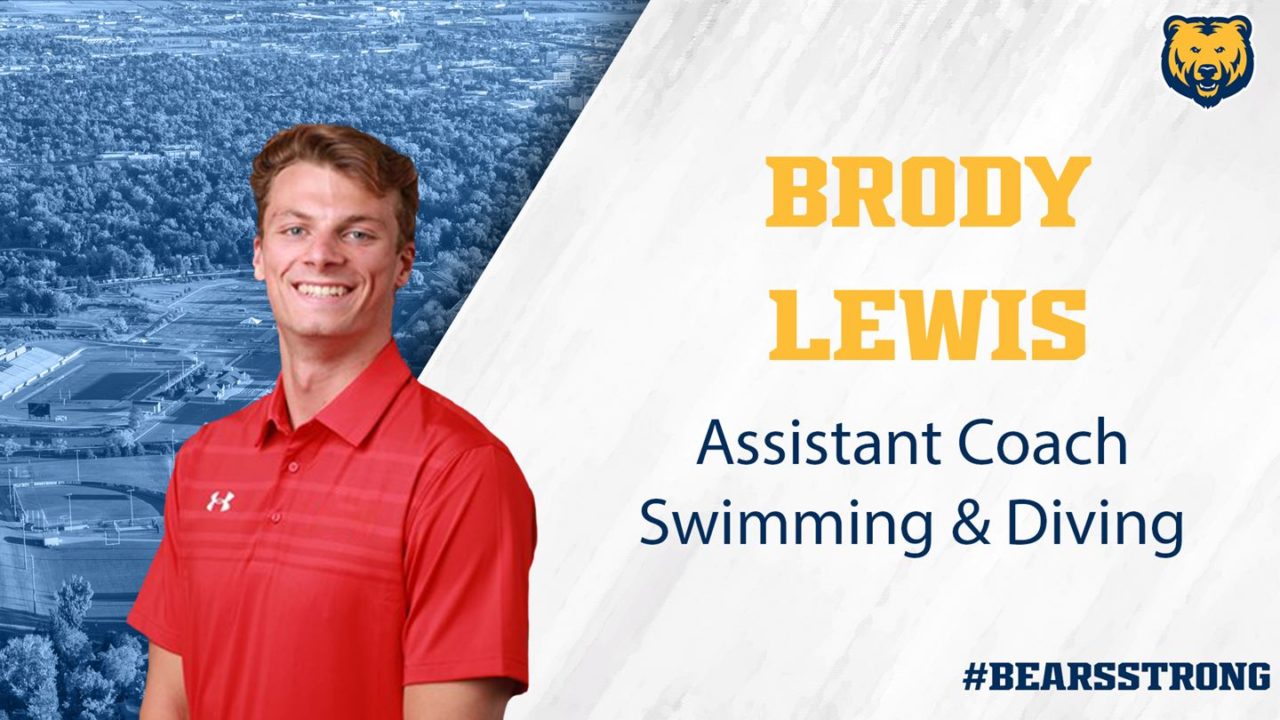 The University of Nothern Colorado has hired Brody Lewis, a class of '20 Utah graduate, Pac-12 finalist, and Olympic Trial qualifier, as an assistant coach. Current photo via UNC Athletics

The University of Northern Colorado announced last Monday that recent University of Utah graduate and Colorado high school state champion Brody Lewis has been hired as an associate swim coach. Lewis is filling the spot vacated when the school parted ways with Will Leonhart. Northern Colorado announced Leonhart was “no longer on staff” last week after he was involved in a fatal car collision and was charged with 2 felonies.

Despite only graduating from Utah last May, Lewis has garnered experience by coaching at East High School and assistant coaching at SwimUtah, both in Salt Lake. Recently, he has been planning training sessions for Northern Colorado (NOCO) Swim Club.

Lewis told the Greeley Tribune that this offer came sooner than he anticipated. “It wasn’t my initial plan to jump into college coaching at this part of my career, he said. “It’s 100% my goal and what I want to do, so it’s a blessing in disguise to have this opportunity.”

While in college, Lewis helped coach his high school alma mater, Greeley West, at their State Championships alongside head swim coach Colin Shaha. Lewis acted as an assistant coach during West’s 4A State Championship win in 2019.

“I’ve watched him grow to where he is right now as this young man, where he has an honest joy and light heart for the sport,” Shaha told the Greeley Tribune. “He respects the athletes as much as he respects the sport.”

Lewis was a distance freestyle and breaststroke specialist for the Utes, finishing 10th in the 1650 free at the 2017 Pac-12 Championships and qualifying for Pac-12 finals each season after that. He also posted the 4th fastest 200 yard breast ever swam by a Ute, 1:58.26, and 5th fastest 100 yard breast in the program’s history, 54.23.

In April, Lewis received the Chris Hill Leadership Award for his involvement at Utah as the swimming and diving team captain and a Co-president of their Student Athletic Advisory Committee (SAAC.) He was also a team captain at Greeley West and Loveland Swim Club.

However, Lewis isn’t ready to hang up his cap and goggles just yet. As a high school senior, Lewis missed the 100 breast 2016 Olympic Trial cut by a second. Now, he has qualified for the 2021 Olympic Trials in the 100 breast and 200 breast. He aims to keep training for the Trials, sometimes with his younger brother and future Ute Baylor Lewis, as a sort of “victory lap,” he told the Greeley Tribune. “It’s something I can’t pass up.”

The Northern Colorado Bears are coming off of a 6th place finish at the 2020 WAC Championships under head coach Lisa Ebeling. UNC is one of the schools that is holding a 2020-2021 competition season during the coronavirus pandemic after WAC canceled fall sports and postponed winter sports including swimming and diving.

On Saturday, Northern Colorado took home 3 wins in a quad meet against Air Force Academy, Colorado Mesa, and Colorado School of Mines. The Bears have just over one month before the 2021 WAC Championships which are scheduled to start on February 24th.

My first ever post comment on this site but just bursting with pride! So proud of you Brody and can’t wait to watch your career!

So excited! It’s going to be a great year for the Bears!