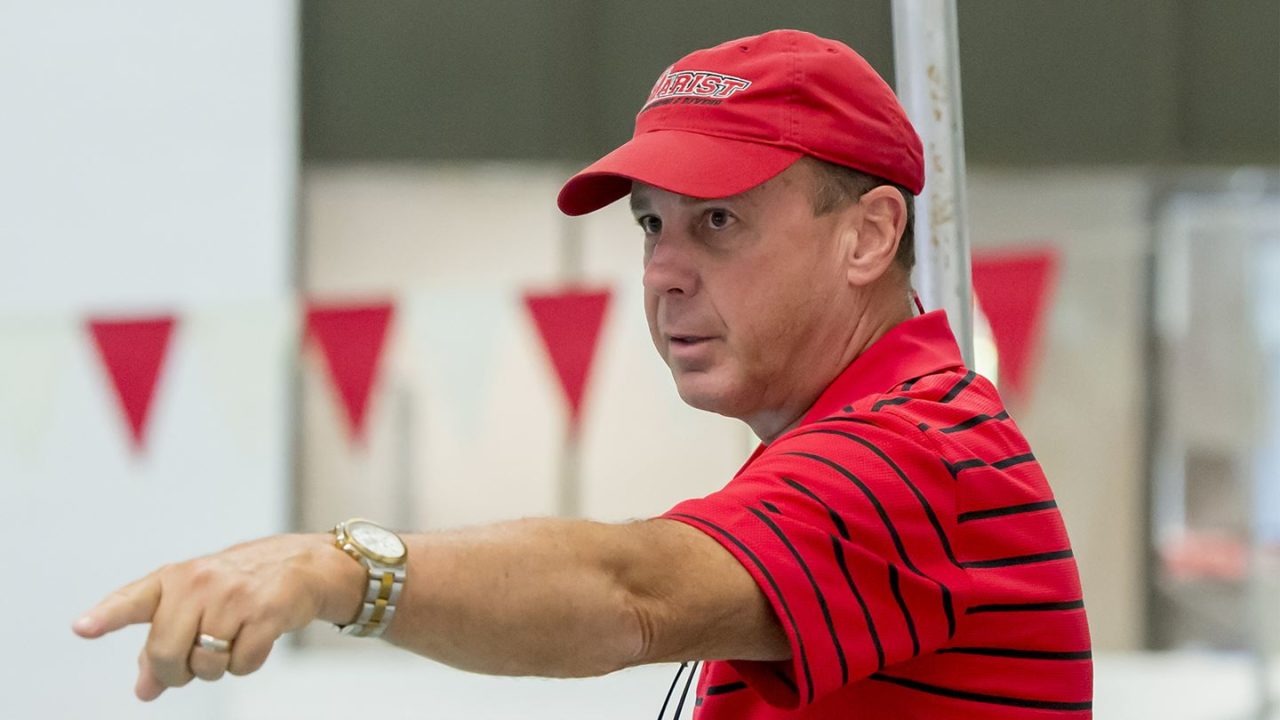 After serving as the only coach in the program's 43-year history, Larry VanWagner has announced he will be retired following the 2020-21 school year. Current photo via Marist Athletics

The only head coach in the school’s 43 years of sponsoring swimming and diving as a varsity sport, Larry VanWagner has announced that he will be retiring following the 2020-21 school year. VanWagner’s final day will be June 1st, exactly 45 years from his first day at the school.

“My family and I are so very grateful to the wonderful people who have enriched our lives, especially the young men and women who represented the institution with great pride and distinction throughout the 43-year history of Red Fox Swimming & Diving. It is with great pride to have witnessed our program’s rise to dominance within the Metropolitan and Metro Atlantic Athletic Conferences over the years and to be a part of a record 36 conference championships. I will forever hold the memories of each victory dear to my heart and be grateful for your friendship and dedication to Marist College and to the sport of swimming & diving. Go Red Foxes!”

VanWagner joined Marist in 1976 while the school was still competing at the Division III level, and swimming was only a club sport. After making swimming a varsity sport in 1978, the school began the transition to Division I, with the change ending in 1981. He later added the role of women’s head coach beginning in 2003.

During his career, VanWagner coached in 628 dual meets, winning 423 of those contests. Under his tutelage, the Red Foxes claimed 36 conference championships. The women’s team has taken home 18 MAAC crowns, more than any other team at the school. In winning the MAAC title in 2014, VanWagner’s women’s team brought home Marist’s 100th overall MAAC title.

As well as coaching the college’s team, VanWagner also served as the Director of the Marist Swim Club. While coaching the club he worked with athletes such as three-time NCAA Champion for Michigan Alecia Humprey and All-American for Arkansas Kris Sheedy.

“This is the announcement that I hoped I would never have to make, but after nearly a half a century Coach VanWagner has earned this day. Larry has been a staple on the Marist campus, impacting the lives of countless athletes while building one of the most consistently successful swimming programs in the country over the past four decades. His impact and legacy will always be a part of the Marist Swimming program. Our Athletics program thanks Larry for his outstanding career, and wish Larry and his wife, Ginny, many blessings as they begin their retirement together.”

This season the Red Foxes have yet to compete in any official meets. In December the MAAC announced that it would be pushing the swimming and diving conference championships to later-than-normal in the spring, with a date in April the expected choice. Last season the Marist men finished in 2nd while the women took 3rd at the MAAC Swimming and Diving Conference Championships.

The college’s full press release can be found here.

Congratulations on a long and successful career! Good luck in your next chapter.

I’ll add to that.Having visited Marist for countless age group meets growing up, Larry was not only a fixture there but he was also one of the true class acts in the sport. Congratulations, Larry!! Best of luck. Now you can finally enjoy some restful weekends!

This was the story I needed after Olympian rioters and abusive head coaches. Congratulations coach.

Welcome to The Club Larry!!!

Congratulations on the accomplishments of your team’s & student-athletes, that are way too many to list, or heck, remember!!!

It was an honor, and pleasure to be across the pool from you during our team’s dual meets, and at championships.

Wishing you ALL THE BEST as you begin to enjoy this Well Deserved next phase of life.

I accidentally added a negative (-) to the list, thinking I could see who the 4 people are, who had done so before me!

I’ve no respect for those nameless, anonymous folks that have. I don’t feel the need to explain why.

One of the absolute living legends in our sport and a man who dedicated his life to helping young people succeed. Thank you, Coach for everything you’ve done for me!

Who is replacing him?

Congratulations, Larry I enjoyed our exciting meets over the years! Enjoy your retirement!