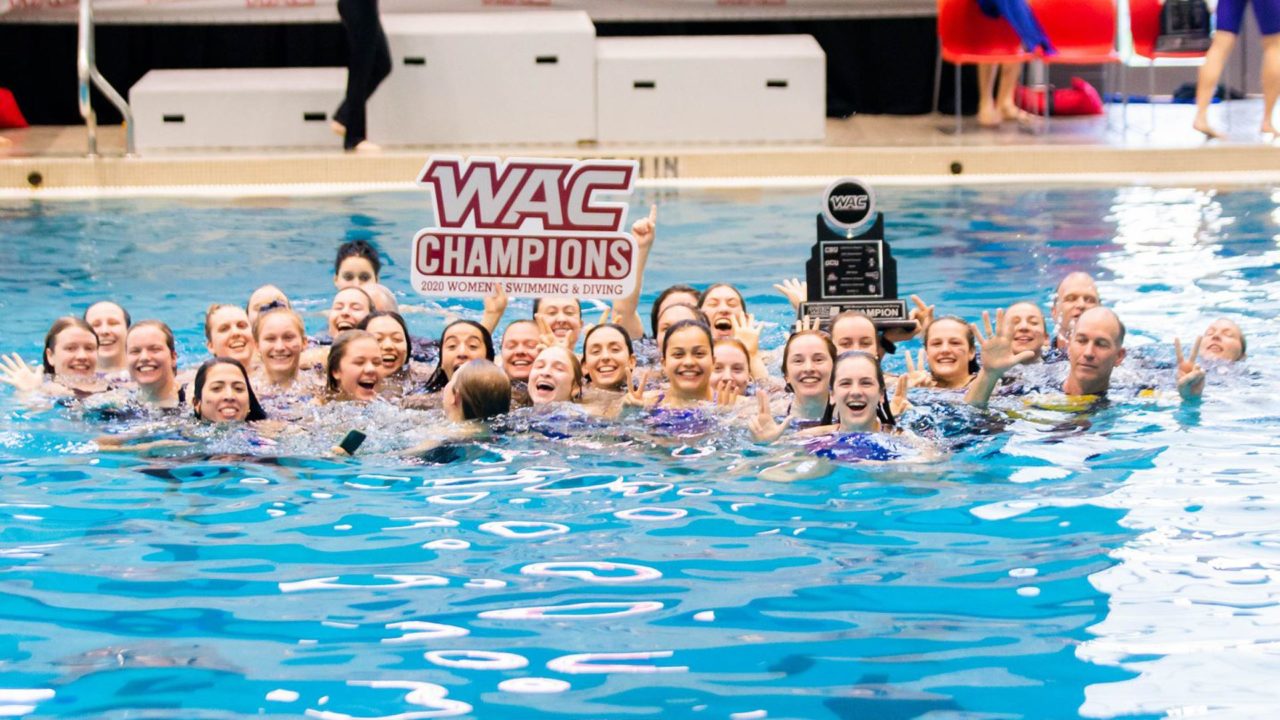 The Northern Arizona women won the 2020 WAC Swimming & Diving Championship in 2020. The conference decision won't apply to them as an affiliate member, however. Archive photo via WAC Athletics

The Western Athletic Conference (WAC) has become the lastest NCAA Division I Conference to say that they won’t have athletics competition during the fall 2020 season. The move comes as a reaction to the ongoing coronavirus pandemic as college athletics is having a week of reckoning about how to proceed with the 2020-2021 season.

It will be up to each school to determine the start of conditioning, strength training, and ‘other practice opportunities’ of all sports.

Winter Season WAC Sports (Through the End of October, Pending Further Board Discussion)

This will, at a minimum, delay the start of competition in men’s and women’s swimming & diving until November. In a traditional season, most schools begin their competition schedules in October, with some beginning as early as September.

The conference also includes Idaho and Northern Colorado as women’s swimming affiliates. They are primary members of the Big Sky Conference, which has postponed football until the spring, but has not announced any decisions on other sports. This means that these schools as well will be at their own discretion.

Last season, the Air Force men topped UNLV for the men’s WAC title, while Northern Arizona beat out Cal Baptist on the women’s side. The conference is regularly represented at the NCAA Championships, including the Grand Canyon men, who finished 32nd at the last championship in 2019.