No Scratches Heading into Day 4 Finals of British Champs 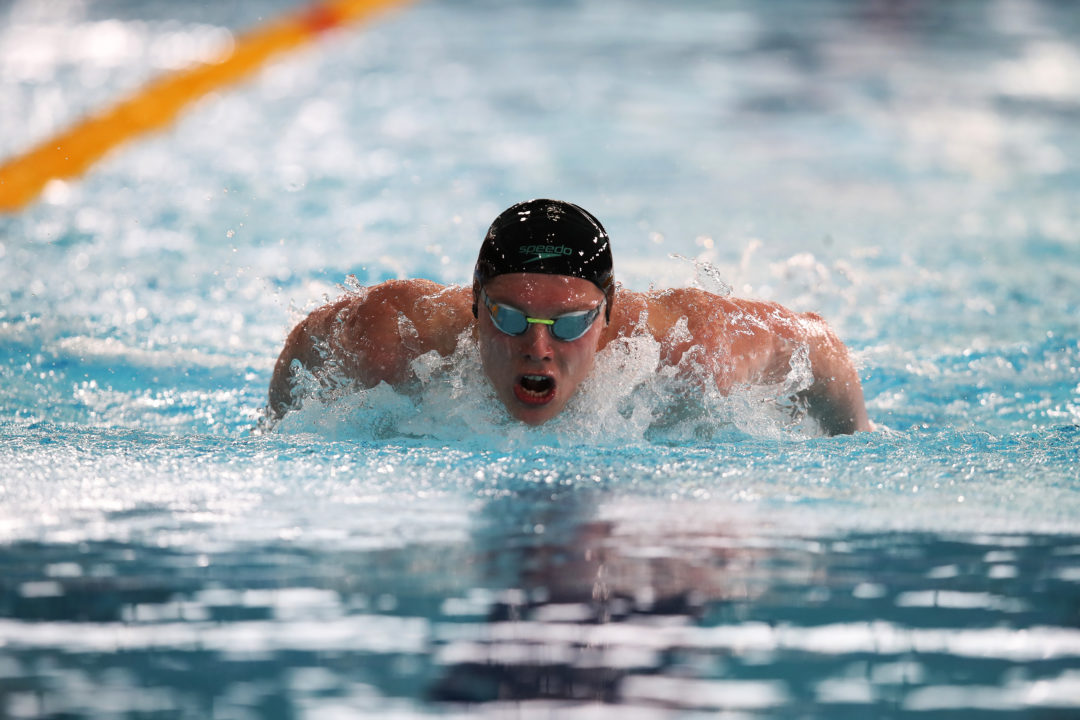 James Guy, Freya Anderson, and James Wilby will all have opportunities to defend their titles in the fourth finals session of the British Championships. Current photo via Ian MacNicol for Scottish Swimming

With no scratches found heading into the fourth finals session of the British Championships, four events will be contested with past champs aiming to defend and emerging swimmers looking to write their names on titles. Here are the four races to watch in tonight’s finals:

Gunning to defend her 2018 British national title is Kathryn Greenslade, who took 3rd in prelims with a 2:13.01. The top seed of the event is 2018 runner-up Jessica Fullalove and earned lane 4 with a 2:11.95. Both Greenslade and Fullalove will need to swim under 2:08.05 in order to qualify for World Championships consideration.

British record holder James Guy is more than likely to achieve a butterfly sweep tonight in the 100 fly. Guy is the fastest prelims qualifier with a 52.88. Right behind Guy is Scott McLay, who was the second sub-53 swimmer with a 52.99. Lurking behind 200 fly bronze medalist Jacob Peters is Duncan Scott, who threw down a fire 100 free to set a new British record.

Freya Anderson leads the top of the women’s 100 free with a 54.10, aiming to earn her second gold of the meet and defend her 2018 title. Her time is already 0.15s within the #2 selection standard for Worlds. Right behind Anderson is 50 free champ Anna Hopkin (54.77), who will be in hot pursuit to earn a second gold medal of her own.

University of Sterling teammates Ross Murdoch and Craig Benson are the top 2 prelims qualifiers in this event. However, defending British champ James Wilby is seeded in 4th but will most certainly throw down a great race tonight to fend off Murdoch and Benson. With the Worlds qualifying standard standing at 2:11.00, the three swimmers will need to drop at least 3 seconds from prelims to claim a spot at Gwangju this July.